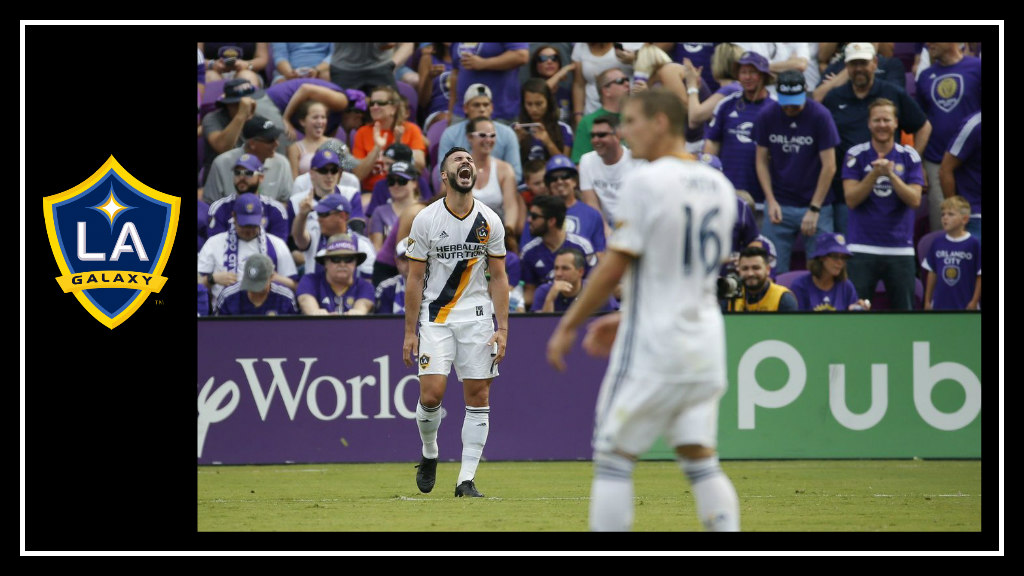 This is the most fun I’ve had watching an LA Galaxy match all season — and unfortunately it wasn’t all because of LA. If you’re a Galaxy fan, or even end up watching a few Galaxy matches a couple times a season for whatever reason, you know this team can get interesting. From spectaculars by the likes of Robbie Keane in recent years, to savvy playmakers in the midfield like Marcelo Sarvas and Juninho, this team has always been fun to watch, not just during the playoffs, but even during early season away matches like Saturday’s.

As LA Galaxy fans we’re still getting used to this too — with regular XI staples AJ DeLaGarza and Keane (just to name the biggest losses) departing and new names Joao Pedro, Nathan Smith, Romain Alessandrini, and Jermaine Jones all becoming regular starters and replacements for these fan favorites. Even our coach Bruce Arena, who had an eight year tenure with the club is gone (Now the head coach of the USMNT).

With all of this change it isn’t a surprise that LA fans are a little pessimistic.

Tweets from even diehard Angel City Brigade fans read “ready to lose this game!” Before the match even started. From another fan that’s been here to see this team raise a few trophies, to say those thoughts are completely without cause would be unfair.

With that being said, it’s no secret that Orlando City SC is a good team, especially at home. Cyle Larin is one hell of a dangerous goal scorer, and you know Will Johnson is enough of a hardworking midfielder to keep you busy. With the opening of the new stadium (which I really need to visit this season mind you, it’s beautiful and the atmosphere looks amazing), this Orlando team hasn’t lost a single game at home (this week’s win making them the first team ever to win the first four games at home at a new stadium). This was never going to be an easy match for LA, a team that has notoriously struggled away from home, and in light of circumstances, the match as a whole turned out much better than it could have for LA.

The most notable part of this match lies with Will Johnson’s goal of the week worthy goal in the 9th minute. Watching the match I was more enthralled with how well placed the goal was than how badly our defense fell apart on the corner and subsequent rebound that led to it.

Which leads me to something we need to talk about — Clement Diop. Diop helped lead LA’s USL side LA Galaxy II to 2nd place in the USL in 2015, but he still doesn’t seem ready for MLS play. He’s been caught off his lines and off guard (does anyone remember the loss at Vancouver?) way too many times. Meanwhile, Brian Rowe, who played 31 matches last season is on the bench “coaches decision” being cited. Diop is just too green for the job of starting keeper. If we don’t want to utilize Rowe, we need to find another keeper.

The final, and most important part of this match for any LA Galaxy fan is Alessandrini’s showing. Not even counting his 83rd minute goal, there’s no one on the field right now for the LA Galaxy that can make as much of a difference as he can (he’s had 4 goals in 4 matches) and to build the offense around him would not be a mistake.

LA is just suffering from lack of confidence, direction, and leadership (it took me a few minutes to even remember who the captain is. That should say enough). Only time will tell if Curt Onalfo’s leadership proves a worthy successor of Bruce Arena’s. We have the talent, we’re just not sure what to do with it this early in the season yet. This isn’t the first time LA has started the season off on the wrong foot, and we all know things will come together soon enough. Until then, none of the three points on the table are coming home to LA.