David Villa Did That 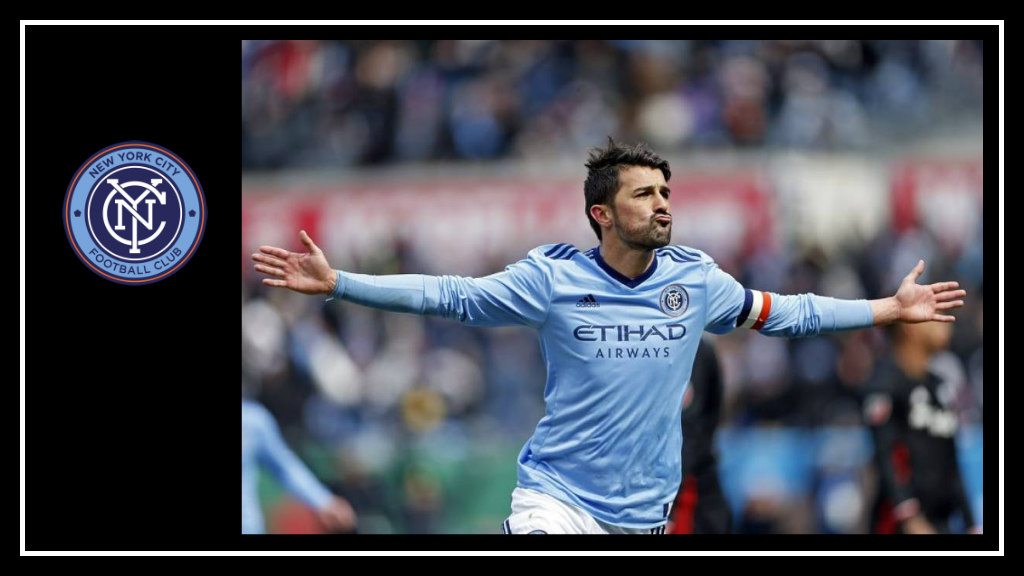 I had a different article in my head.

Finding narrative threads in football is what connects me most to the game. I can’t turn it off; in the back of my mind during every match, there’s a little machine whirring away, trying to spin a narrative out of the beautiful game. It’s come in handy with match reporting, and I often find myself forming the skeleton of an article while the game is in progress.

That’s what I was doing while New York City FC was grinding out a win on the road against Philadelphia Union. Between chaos and dashes of bad luck in front of both goals, heroics from both Sean Johnson and Andre Blake, and Jack Harrison’s goal scored in the 52nd minute, I had an idea of where I was going to go with this. Something about a scrappy win still being a win. Something about the morale (or lack thereof) of the stadium and how it did Union no favors in staving off NYCFC. Something about the metaphysical importance of picking up these points on the road beyond just crunching numbers for conference standings. Something, something, something.

Then, in the last dying moments of the game, David Villa wiped out everything I had planned.

I’ve mentioned Villa’s goal in the 2010 World Cup against Chile before. It was the moment that threw football into sharp relief for me, the moment I knew I was in deep. Beyond that, it was a stunning goal: A curling shot off his weaker foot from 50 yards out. Gorgeous. I think about that goal all the time. I never considered he could outdo it.

As the clock turned to the 90th minute, Villa was on the break. Flanked by two Union players, he barely broke stride as he took a shot on goal. A ridiculous shot, the kind attempted in training for the thrill of it (in fact, the kind he attempted last season only to have it hit the crossbar). Nobody thought it was going in, least of all Villa himself.

But he is David Villa, and even at 35 years old, the laws of physics still occasionally bend around him. He shot from 53.5 yards out, chipped the goalkeeper, and clinched NYCFC’s victory in the most impossible way.

I have watched this goal upwards of fifty times tonight trying to understand it. I still can’t. It’s beyond my comprehension. David Villa did that.

Just see for yourself:

#NYCFC‘s David Villa just did this to the best goalkeeper in the league. https://t.co/fJCkHWQ7TL

On top of all this, when Villa was interviewed post-match about the goal, he said he was tired from running so he just tried the shot. Who does that? Who feels the ache in their legs, the burning in their lungs, the inescapable exhaustion and decides to go for glory rather than peter out? Our captain does.

New York City FC, in its current iteration and with Patrick Vieira’s philosophy running through its veins, its a stubborn club. They will play the way they want to play, consequences be damned. While it may not always work out, it does allow a goal like this to happen. Vieira has said many times that he wants them to have fun with their football. That’s a concept that doesn’t come up too often in professional sports. Have fun. Take that preposterous shot. Why not? Even if it doesn’t work, it’ll be fun — and if it does work, it’ll be legendary.

The goal was all Villa’s and nobody can argue that. But I’m incapable of watching anything — even a goal as jaw-dropping as this — and resisting the urge to pull a narrative out of it. It’s a goal that’s emblematic of the club, of the foundation Vieira has built for this team to play on, of the tenacity to play our way no matter what.

It’s the sort of moment that overshadows all else in the match. However, there were 89 other minutes, so here are a few random thoughts:

Well, now that Goal of the Year is all wrapped up, I think we deserve a week off to celebrate. Next weekend the boys in blue host Orlando City SC. Until then, you can find me forcing everyone I come across to watch Villa’s goal.