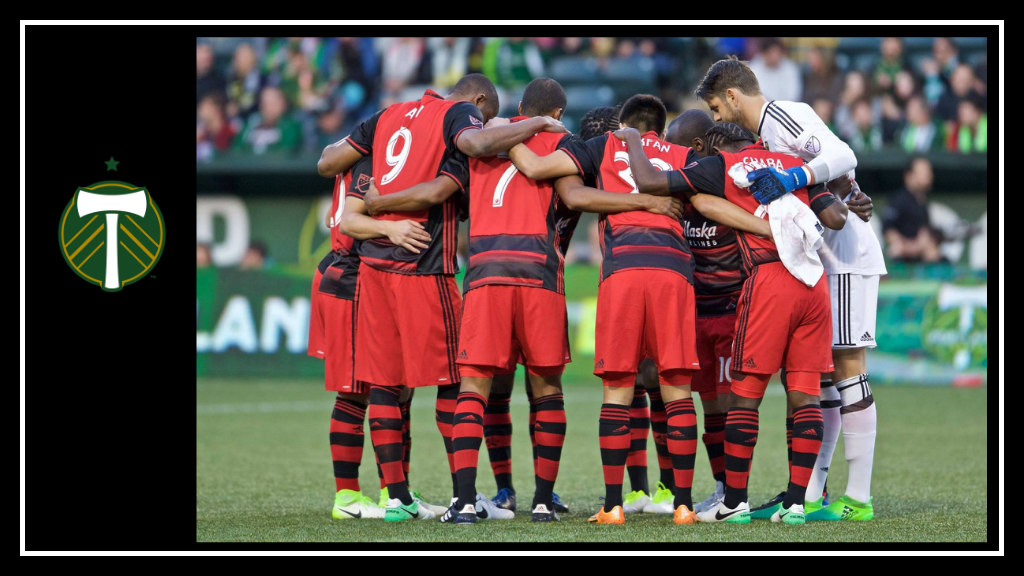 Hard to watch, harder still to re-watch, and pretty much no fun to write about. Yay sports! All right, let’s do this, shall we?

Sporting Kansas City has a reputation for solid back line, and they defended well. They clogged up the middle effectively and stymied our offense. They won the possession battle. And when Jimmy Medranda was wide open on the transition at the 53rd minute (which reminds me: hey, Sebastian Blanco, why was Medranda so wide open there?), he tapped it back to a centrally located Dom Dwyer for the only score of the game.

Here’s the thing: I watched it live in the stadium, and while I was frustrated, I couldn’t quite put my finger on what we could/should have done differently to win the game. I walked away knowing that we got outplayed but I wasn’t sure what, if anything, would have made a difference. I still haven’t got it all figured out, but having rewatched the match a couple of times, I have at least identified a few small moments/keys that stood out:

Everybody knows that, except for an acrobatic save by Kansas City’s Tim Melia, we very nearly leveled the match with a BEAUTIFUL strike by Darlington Nagbe:

Fantastic strike from Nagbe but Melia just tips it off the crossbar! #PORvSKC pic.twitter.com/Q7ByG4GevZ

While it was a spectacular might-have-been, it wasn’t the only one. At the 32nd minute, the Timbers were in transition on the move, Diego Valeri was wide open and received a pass from Nagbe, and Blanco was headed down the left side, where he and Valeri…failed to connect. It was a missed opportunity in a game where the Timbers didn’t have many, and was emblematic of our side’s failure to string together passes when it counted.

Dom Dwyer is a pro

The Timbers Army loves to hate him (he has enjoyed his share of taunting the home support in the past), but he is good at what he does. This includes playing professionally for the call. Sometimes he drew actual fouls, as he did when he successfully blocked out Roy Miller with his, er, posterior in the 16th minute, leaving Miller having to come through him and foul him. Other times he drew phantom “fouls,” as in the 36th minute against Marco Farfan.  I know I’m partisan and I know Farfan struggled in this match, but I rewatched that play a dozen times and for the life of me I didn’t see anything resembling a Farfan foul. But Dwyer sold it, and sold it well.

Fanendo Adi has been a formidable presence up top, but he seemed to disappear for much of this game. Again, credit to Kansas City’s defense, in particular Ike Opara, for effectively shutting down Adi for much of the game. I’m sure the fact that the middle was defended so well made his job more difficult; but we will need Adi to be a threat at the top of the box if we’re going to get back to our winning ways.

Speaking of Adi, he may have had trouble finding the back of the net, but he wasn’t the only one. At one time or another, players from both teams sent the ball sailing yards above the crossbar (I know that, besides Adi, Graham Zusi  and Roger Espinoza took turns sending the ball into the stratosphere. There may have been others; I lost track after awhile.)

We are rumored to be signing a center back from Turkey sometime midseason; in anticipation, I have been researching Turkish football. They have a few colorful soccer phrases worth keeping. One of my favorites is Astronotu öldürmek, which I’m told means to kill an astronaut. As Adi, Zusi, and Espinoza sent the ball over the goal and high up into the crowd, several metaphorical astronauts gave their lives in service to poorly placed shots that day.

Once again, the Timbers Army and Rose City Riveters (the supporters group for the Portland Thorns) gave something extra off the pitch. Saturday’s match day drive was for socks for Janus Youth, serving homeless, runaway and at risk youth in the area (they are pretty much right next door to the fanladen). At both the Thorns and Timbers matches, we collected new socks for Janus Youth, with outstanding results:

In the post game comments, Porter noted that we need to take better advantage of set piece opportunities, and I can’t argue with that. But I hope we find a better solution to a physical, defensive lineup. If we don’t, we will have a long season ahead. Next up: Vancouver Whitecaps at home, and Cascadia Cup points on the line! See you on Saturday.