For SKC Everything Is Coming Up Roses! 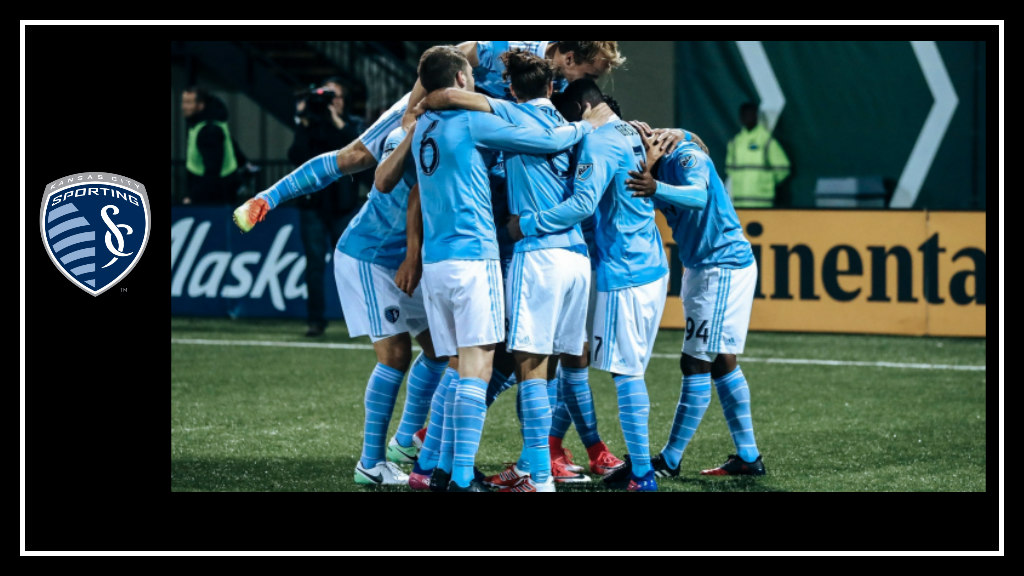 Courtesy chuckle at the terrible joke…thank you.

This past weekend, Sporting Kansas City traveled to the great, colder than here, north-ish. Portland! It was weird watching the broadcast and seeing people wrapped up in blankets and wearing parkas because it has been between 65 and 80 degrees here for the past two games. I forgot that cold is still happening in other parts of this country.

I don’t know a ton about Portland as a place. I know about Portlandia, but I don’t know if that is an accurate representation of Portlandians…Portlandites…Portlanders…? I also know that Nat Borchers used to play there, and he is my least favorite MLS player ever. Don’t ask why. I just can’t stand him. I also don’t like post 2010 Landon Donovan, but that is another story for another article.

Now that I’m finished with my weekly tangent I’ll get on with the game.

Sporting entered the game as the number one defense in the league, and Portland Timbers boasted the number one offense, so it was bound to be a good game. The first test of the game for Sporting was a shot by Fanendo Adi in the 33rd minute. Unfortunately for Adi, and luckily for us, it was a terrible touch. He was right outside the six yard box, just him and Tim Melia, and he skied the heck out of that ball. Sorry man, but it was not good. We had the same sort of situation in the second half when Dom Dwyer played a beautiful ball back to Benny Feilhaber who couldn’t get a solid connection, and it rolled way wide.

There were strong chances for both teams though. One for Sporting in the first half off of a corner where Benny got the ball into Ilie who headed it just over the bar. It was great to see Ilie with a big move off of a set piece, and hopefully we can see some goals from him this year. One for Portland came late in the second half when Darlington Nagbe received a short pass in the attacking third, and Sporting’s outside defense decided to take a break. Nagbe had time to control the ball, basically unchallenged, and launch it toward the upper part of the net. It was a glorious shot. Too bad for Nagbe that Tim Melia is the hero this country needs. Tim got his fingertips on the ball, and managed to get it to bounce off the crossbar. *Side note: My husband loves Nagbe. He has Nagbe’s USA jersey, and calls him “My Darlington”. It’s weird when he does it in public.

The shining moment of the game happened in the 53rd minute when Sporting strung together a beautiful pass sequence that led to a Dom Dwyer header. Benny started off dribbling around three defenders, passed the ball wide to Jimmy Medranda, and Jimmy crossed a laser to Dom who put Sporting a-head (sorry) by one.

It was such a good feeling to get out of Portland with 3 points! The Timbers have only lost 12 regular season matches at Providence Park, so it was a pretty big accomplishment. It was also the first shutout against the Timbers this season.

A few notes: At the watch party we were having a small discussion about the fairness of some teams having turf fields and some having grass. It didn’t seem wet from the TV broadcast, but quite a few Sporting players were slipping on the turf. Turf is an okay choice for teams that play in wetter locations, but it’s crummy to play soccer on period.

There was a little contention about the refs. I read quite a few Timber fan tweets about how the refs may have contributed to them losing. Sporting got two yellows, and Portland didn’t get any. I’m not complaining, but I’m a smidgen perturbed on one. Seth Sinovic basically assaulted a guy, so that one was deserved. The yellow on Ike Opara could have just been a warning instead of a yellow, but Ike is also a hothead sometimes. It may have just been his time.

The game was chippy, but there were fouls missed and called on both sides. There was also a Timbers’ handball inside their box that should have been a PK for Sporting, but that’s neither here nor there. We have to remember that though we don’t like it, refs are people too. It’s probably not easy to watch 20 guys running around a field (22 depending on what the goalkeepers are doing, but I doubt they’re running about), and they have to make judgement calls on what warrants stopping the flow of the game. We can’t complain about the flow of the game, but then turn around and complain about a bunch of perceived missed fouls.

I have to give major props to Sporting’s defensive line. Those four guys are playing some of the best defensive soccer I have seen in the MLS in a long time. Matt Besler seems like he is back to All-Star form (please pay attention Bruce Arena), and Ike Opara is becoming a weekly feature on MLS Teams of the Week. In the midfield we saw the return of a healthy Benny for 80 minutes, and he looked pretty good. Oh, and Ilie Sanchez is a wizard. He has to be! His ball handling is magical!

Sporting KC, the Swope Park Rangers, FCKC, and the Royals all played this weekend, and all of them won. This wasn’t just one baseball game either. The Royals swept the Angels at home. KC Total Domination! Oh, and Sydney Leroux Dwyer scored in her first game back to competitive soccer since the birth of Cassius. That’s pretty dang awesome.

Sporting KC travels to FC Dallas this week for a clash of the two final unbeaten teams in the MLS! Safe travels to the team and the Roaddron!