Too Little Too Early 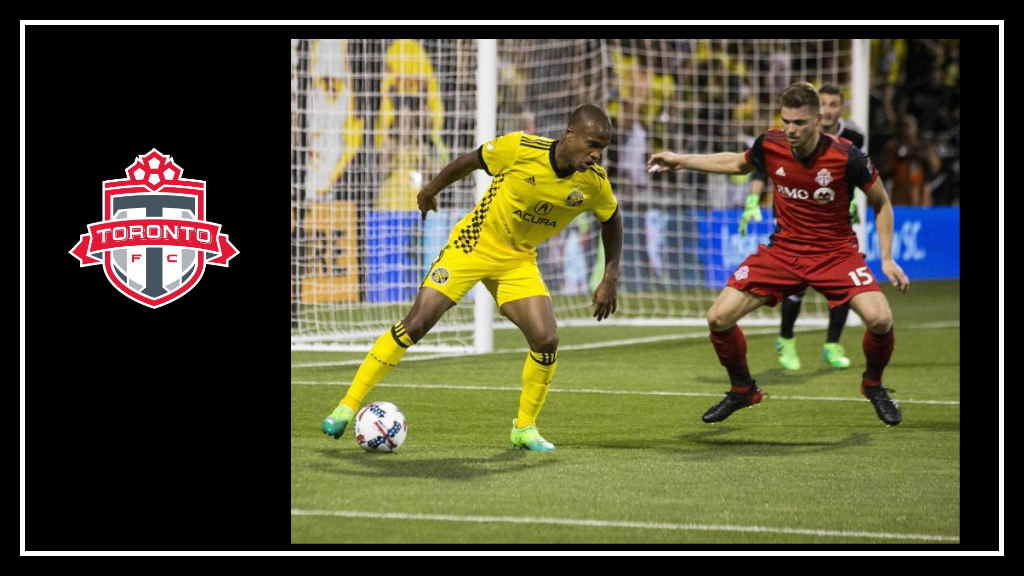 Song of the Match – Down by Marian Hill

It’s little surprise to anyone that our first loss of the season comes in the absence of Drew Moor. I wish Drew and his family all of the best and I’ve heard that the initially terrifying prospect of him being diagnosed with a heart condition may be something that can be dealt with within a couple of weeks. (source) It sounds like no one, including Drew, expects him to be out for long but I’ll breathe easier once he’s back.

Despite the absence of the Toronto FC rock in the back line, my personal favourite Nick Hagglund did a great job in Drew’s role, and although we were caught sleeping a few times, particularly on the header goal, Nick and Eriq Zavaleta both put shifts in and helped to lead the team from the back. It just, unfortunately, wasn’t enough for us as we fell 2-1 to Columbus Crew. It definitely smarts a bit more than it should served up by the team in yellow we play for the Trillium Cup.

Besides a defense that wasn’t as airtight as usual (again!), we also should have been scoring goals. We looked strong early on and managed to open the scoring but our midfield looked lacklustre especially in the second half; we quite obviously lacked in pace. It seems one of the things we are still tinkering with is the right midfield dynamic.

Having said that, what on earth is it going to take to see Jay Chapman get a minute? Any minute? Several of them preferably? We’ve yet to see our Canadian-born midfielder on the pitch this season and its high time we give him a try. He’s been dependable in the past and I’d love to see him get the chance he deserves. In the coming weeks I hope Greg Vanney explores our options and gives these young guys such as Raheem Edwards and Jay Chapman more opportunities.

It was a big night in Toronto and the Toronto Maple Leafs win helped to ease the pain of the Columbus loss. It made it easier for fans to look forward to change instead of the performances of the past few weeks in which we were barely holding on. Perhaps we should take a leaf out of our hockey team’s book and field more young players. It seems to be working wonders for them.

My Man of the Match talisman will be gratefully handed over to Nicky, as it’s been a pleasure to watch him develop under the direction of Drew Moor. Between Nick and Eriq we have a promising centre back pairing that I think we can eventually feel safe with. Even after conceding two goals I will comfortably say that our 4 or 5 at the back, however you look at it, were our strongest assets on the field. It’s only a matter of time before we start scoring goals again and our defense plays a series of games without a hitch. I believe in them.

Finally, my condolences to Greg Vanney and his family, it seems it’s been something of a difficult week at Toronto FC. It can’t have been easy juggling preparations for the game and even coaching it while dealing with a loss in the family. (source) It really feels like overall our team suffered a number of losses this week, not just on the field, and my only hope is we can move forward from here. To those who are going through some big changes in life at the moment, I will keep you in my thoughts, and to the rest of us: onwards and upwards.