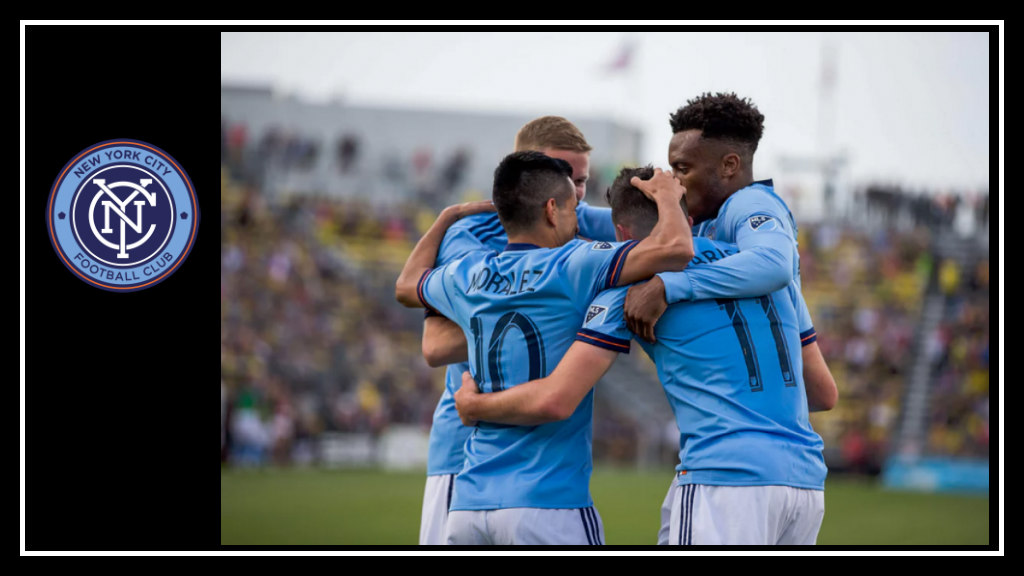 Much was made of New York City FC entering Mapfre Stadium, where Columbus Crew had been unbeaten this season. It doesn’t take much for a winning streak at home to get blown out of proportion, for a stadium to garner comparisons to a fortress, a hall of kings. To say that of the Mapfre when this season’s match days are still in the single digits was presumptuous at best — honestly, this isn’t the Sánchez Pizjuán, where Sevilla famously lost one home match during the whole of the 2014-15 season.

In other words: A “streak” like that doesn’t impress me much, and I’m delighted NYCFC were the ones to break it.

With Rónald Matarrita and Khiry Shelton still out with injuries, David Villa sidelined by the flu and Andrea Pirlo taking the bench for a spin, this was NYCFC’s most experimental lineup yet. Several players got their first starts for the team — Sean “Ugo” Okoli, Yangel Herrera and Ben Sweat all broke into the first eleven and all did remarkably well. But we’ll get to that in a moment.

I admit, I had my doubts looking at the lineup. It strikes me as funny that even with all of the notable absences, Tommy McNamara still didn’t make the cut. This time he wasn’t even used as a super sub — though, in fairness, Patrick Vieira‘s (extremely late, one of my biggest pet peeves in football) substitutions focused on bolstering our defense, not on going for more goals. Still, it’s strange. I worry a little for T-Mac.

Regardless, this side did remarkably well with what they had. They kept possession, created plenty of chances, and put pressure on Columbus at every opportunity. Even when they slipped up, they were better at regaining possession than they usually are. There was confidence in this NYCFC side where they could have just as easily been new, shaky legs.

Jack Harrison netted his first career brace. The first goal was inarguably the best: A gorgeous pass from Maxi Moralez landed perfectly at Jack’s feet, and he chipped it in at a difficult angle like it was as easy as breathing. His second and the match-winning goal was mostly due to an incredibly defensive screwup by Columbus and there was no way he could have missed it, but still. A brace is a brace, and Jack is incredible. I’m not entirely convinced he isn’t a footballing robot. The kid is just that good.

Sandwiched between the two, Yangel Herrera scored the equalizer (and drew a little blood) with an assist from Ben Sweat. Good job, debut boys! There could have been goals from Ugo and Rodney Wallace as well, but luck wasn’t quite on their side. Still, everyone looked strong in their attack, and that was the most heartening thing to see.

NYCFC isn’t a team I associate with comebacks, but this was a lovely bit of remontada magic from the boys in blue. I know better than to get used to it, of course. Even if it was a one-off fluke, you have to commend them for not giving up when they were down.

Unless you’re a Columbus fan. Then you probably hate them for it. But why are you reading this? Go check out our new Columbus Crew reporter instead!

As always, here are a few random thoughts:

Next week we host Atlanta United, and I fully expect it to be a mess. A fun mess, of course!