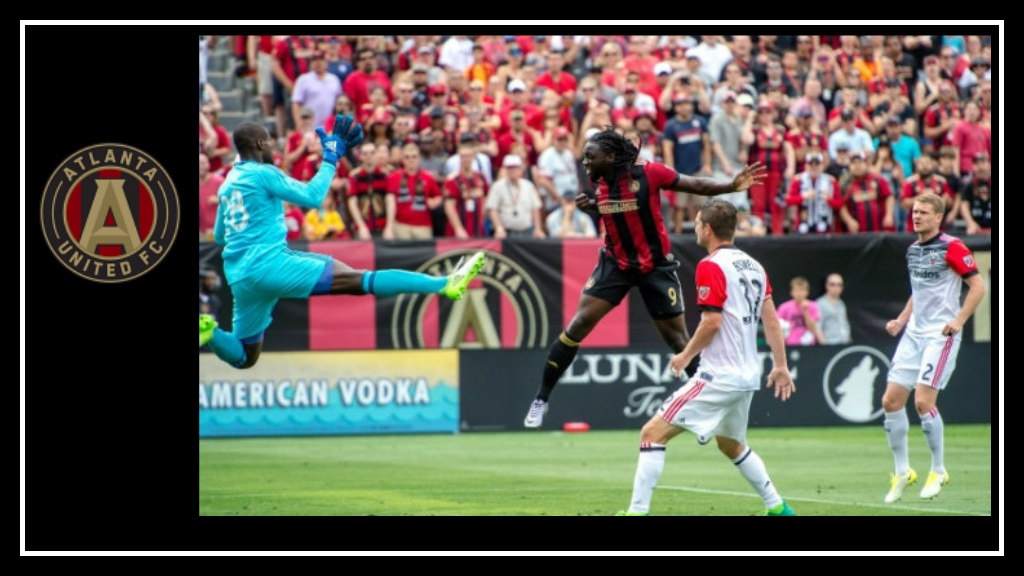 I am really struggling to find something to write about. There wasn’t much good that came out of Sunday’s game. We scored two goals, but one was an own goal… We dominated the game, stats-wise, but we still lost… No red cards, but we ended up having a player suspended anyway.

Sunday morning started out cloudy and a little rainy. Shortly after noon, the sun came out and brought the humidity with it. I’m not sure it affected the players, but it did affect the crowd a little. Drinking adult beverages for 4 hours at the tailgate + temperatures over 85 degrees (in April!?) made things a bit uncomfortable in the stands. I heard that several people had to be treated for possible dehydration. I drank two bottles of water in the second half alone.

I was, however, really excited about this game because my favorite soccer store set up a tent at the Terminus Legion tailgate and I finally got my training jersey personalized with Leandro Gonzalez Pirez‘s name and number on it, completing my Argentinean trio of jerseys.

The game itself started off pretty well for Atlanta United. We controlled the game for about the first 25 minutes before it all went to hell. Tito Villalba had two shots in less than two minutes – both of which were saved by Bill Hamid. In the 9th minute, Miguel Almiron snagged the ball just outside the box and passed to Greg Garza, who tapped the ball to Yamil Asad. Asad slid to his right to get around a DC United defender and lifted a cross right into the path of Kenwyne Jones, who headed the ball into the back of the net. A few minutes later, Jones had another chance, but the ball went wide of the net.

In the 25th minute, DC got their first goal by way of an unfortunate own goal by Michael Parkhurst. Parky was probably a half step too late to touch that ball and ended up deflecting it past Alec Kann into the net. This was about when the game started to go downhill for Atlanta.

While we still managed to dominate the game (see the graphic below), Atlanta couldn’t manage to get the ball past Hamid. We had 26 shots. TWENTY SIX. And 74% possession. How about that passing accuracy, too? I still don’t know how we didn’t win this game.

A deeper dive into our match vs D.C. United 📊 pic.twitter.com/rXywChd7NW

Yamil Asad was shown a yellow card in the second half for raising his elbow while going in to take the ball away from Lloyd Sam. I’ve watched the clip a few times and it doesn’t look like any contact was actually made, but DisCo reviewed the tape and ended up suspending Asad for a game anyway. That kid really needs to learn to keep his elbows down (no more listening to Ludacris’ “Southern Hospitality” before games, I guess). I’m considering bringing duct tape to the next home game for him.

I feel like there was something off about our defense this week. Was it because Jeff Larentowicz was out (concussion protocol)? I can’t put my finger on it, but I hope they work out the kinks in practice this week and get it together for NYCFC next weekend.

Our next two games are away – in two of the trickiest stadiums to play in. Yankee Stadium because of it’s weird dimensions and the following week in Portland because of Timbers Army. With any luck, the slightly odd dimensions of Bobby Dodd and the crazy ATL crowd will have prepared the boys for what they’re about to face.