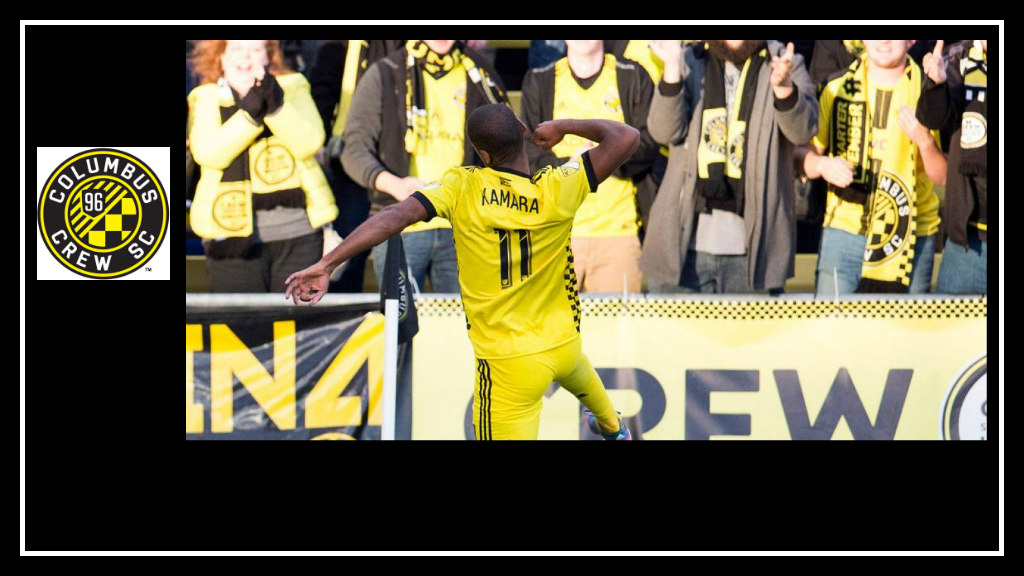 Gregg Berhalter started a slightly different line-up when Columbus Crew SC faced the New England Revolution on Saturday night–Waylon Francis and Hector Jiménez as the wing backs and Josh Williams at center back as Nicolai Naess was pushed up into the defensive midfield spot.

Wil Trapp played the more offensive minded of the two in the center of the field this week as Abu was on the bench and Artur is making his way back from a broken wrist.  These changes could be a result of starters Raitala, Harrison, and Abu not having spectacular games last week (and Harrison welcoming a son into his family this week) or the fact that Columbus has three games in eight days.

Either way, the changes seemed to work as Columbus Crew SC defeated the New England Revolution 2-0 with goals from Ola Kamara and Federico Higuaín who continues to be a man on fire on the field.

Let’s review the good, the bad, the ugly, and the beautiful of this game:

The Good:  Zack Steffen.  He made some spectacular saves and kept Crew SC securely in the lead.  This young keeper continues to impress me in every game.  Wil Trapp.  I didn’t watch him every minute of the game, but I never saw him make a bad move the entire game.

Also, I was pleased with the offensive movement of the ball.  A lot of players seemed involved throughout the game, which caused some problems for New England when we were on the attack.  For example, Kamara’s goal started with a nice ball from Mensah to Higuaín who made a deft turn and passed the ball to Meram who passed to Kamara who took a beautiful shot for a goal in the 13’.

Our second goal was a result of a nice ball from Jiménez to Pipa to Kamara who held it and sent it back to Pipa for a goal in the 53’.   Finlay, Naess, and Trapp were also involved in some offensive passing that resulted in strong shots taken by Kamara and Meram.  If our players continue to involve everyone in the attack, Wil Trapp, and Higuaín continue to perform as they have, and Artur gets healthy, I really believe we will be a force to be reckoned with.

The Bad:  We still lose possession for long stretches of time, and our defense, while significantly improved from last season, won’t be able to absorb that kind of pressure from every team–as witnessed last week in the loss against NYCFC.  After our first goal, New England kept possession for a good chunk of time and kept trying to force us to make a mistake that would give them a goal.  We were lucky that the crossbar stopped Lee Nguyen’s shot in the 21’ and no New England player got on the corner kick that went right across the mouth of our goal in the 31’.  Realistically, I know we can’t hold possession 100% of the game.  However, we need to find a way to prevent these long stretches of possession by our opponents.

The Ugly:  Jonathan Mensah’s fouls in the 14’ and 16’ minutes.  I’m truly surprised that Mensah didn’t get a red card after that 16’ foul.  If he had gotten the red, this game could have had a much different result.  These fouls seemed like rookie mistakes from a player who is definitely not a rookie.  Despite these fouls, the rumblings on Twitter and fans’ comments in the stands, I feel like outside these two fouls Mensah had a solid game.  I still think he’s finding his way with the team having come late to preseason and then dealing with injuries.  I think he’s been given less leeway to adjust due to the outstanding play by rookie Alex Crognale, but I’m not ready to disregard what Mensah can bring to this team defensively.

Also ugly, Je-Vaughn Watson’s foul against Niko Hansen who came in for Ethan Finlay in the 73’.  In the 77’ as Niko was making a run and had touched the ball away from himself, Watson essentially clotheslined Niko down.  This resulted in a yellow card which most of the stadium thought should have been a red.  The lack of a red card had Gregg seeing red and after arguing with the ref about the call got himself ejected from the game.  I’m not going to lie; I laughed and a surge of pride flowed through me.  It’s nice to see the usually reserved Berhalter heated about a call.  Now, I don’t think he deserved to get ejected, but I’m not sure that really mattered to head referee Mark Geiger.

The Beautiful:  The rainbow bending toward Nordecke in the first half—a sure sign that it was a night for a Crew SC victory.

Coming up:  A mid-week match against Toronto FC and Columbus Crew SC.  Looking forward to seeing what these two teams will do on Wednesday night especially Crew SC without their coach on the sidelines.