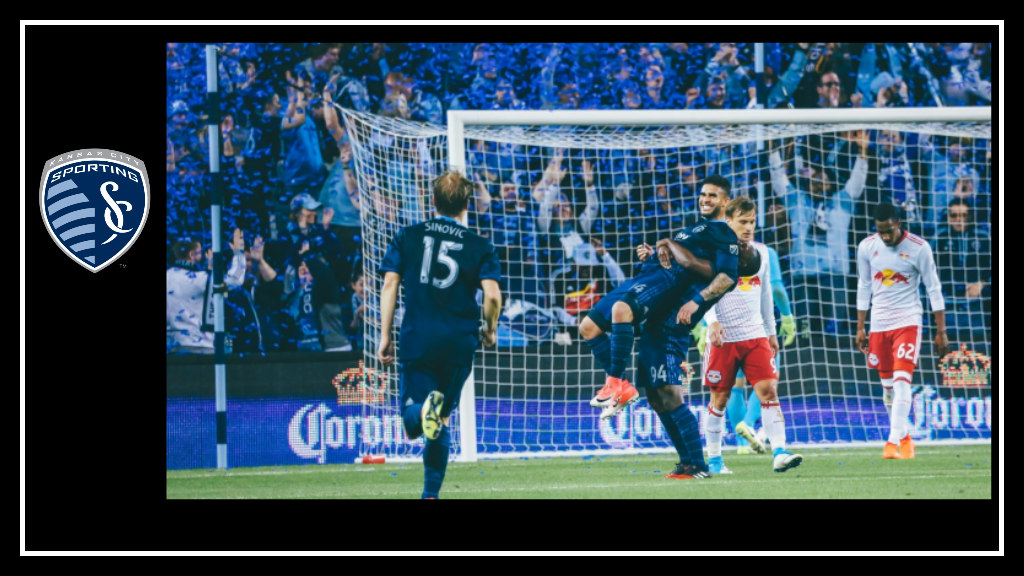 Oh hey everyone! I’m back! I apologize for my hiatus. School was kicking my butt, but I’m done with the grading and the tests and the papers!

Sporting KC played three games in eight days! RSL, NYRB, and MNU. It was crazy! Luckily the first two games in the stretch were at home, because SKC has been straight fire at home since the home opener (and we do not speak of those: See a few articles ago).

Sporting started off the run on Saturday, April 29th at Children’s Mercy Park to take on one of our big rivals, Real Salt Lake. I’m not going to lie…I don’t like RSL, and it’s all Kyle Beckerman‘s fault. When I mentioned players I didn’t like I completely forgot Kyle Beckerman. Beckerman is the worst, but he didn’t play…so I’ll move on.

So I don’t know how many of you have been to Kansas City in April, but it tends to be rainy. It does not tend to be this freaking cold! This is not Toronto, it should not be freezing! We were all worried that the game would be delayed due to weather because it had been storming off and on all day, but luck was on our side and the game went off without a hitch. Also, the Cauldron‘s tifo went…up with just a tiny hitch, but it was fine.

RSL was coming in with new head coach Mike Petke (whom Ambrosia is very excited about), but unfortunately for Petke RSL has been plagued with injuries. This includes his two USMNT mainstays goalkeeper Nick Rimando, and the aforementioned Kyle Beckerman. Petke had spent some time during the week saying that RSL didn’t need any “bulletin board fodder” to pump his team up for SKC. A slight dig at Sporting perhaps?

Some of our guys (Dom…Benny) do like to get a little chippy. I like it to call it friendly banter… With how the scoreline ended up though maybe RSL could have used something  more to pump them up. Benny Feilhaber got the scoring started in the 17th minute off a pass from Graham Zusi that led to a strike from just outside the penalty area. *Sidenote: I love when Benny scores. Not just because we get a goal, but our head broadcaster, Nate Bukaty, always yells FEILHABER really loudly and I think it’s the best thing.

There were some scares for SKC in between 20-30 minutes. Mulholland hit a shot wide, and then Plata had a ball bounce off his back and into the net. He was blatantly offside so it didn’t matter, but it was scary nonetheless. We also got to see some great shots from Gerso in the first half. Neither of them connected, but they showed the power he can get from about 20 yards out. In the 50th minute, Matt Besler fed a long ball up to Dom Dwyer who juked a defender and put the ball in the back of the net. After his goal Dom ran over to celebrate his first right-footed goal of the season with head trainer Kenny Ishii who helped him rehab after his ankle surgery in the offseason. The game ended on a garbage time goal by Gerso, and Blue Hell was sufficiently given.

Sporting’s next game was on the Wednesday immediately following the RSL game. SKC took on the Fighting Energy Drinks from New York. This game was a good bit warmer, and way drier than the last game. 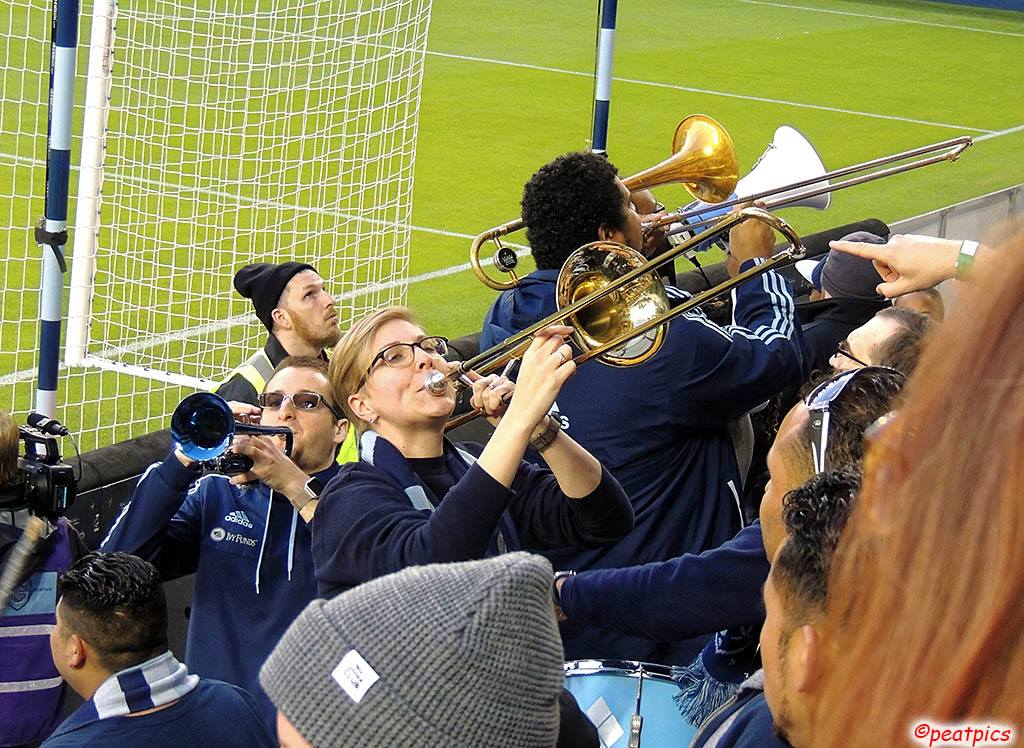 Please note the lack of raincoats and the regular attire.

The first half of this game was a little worrisome, but mostly almost exciting. There were shots that were so close! But the proverbial cigar…no dice. Supposedly over the half time break Dom was telling his teammates that he was going to score a goal, and boy did he deliver. He didn’t waste any time with a follow up on a shot by Benny from point-blank range in the 46th minute.

Benny had another great run about 15 minutes later that was deflected by Robles at the last second. It was pretty fun to watch actually. If you’ve ever played FIFA or watched someone play FIFA then you’d know about how when your player is making a solo run the camera blurs and all you can focus on is that one player. Maybe…or not. But it was totally like that. Take my word for it. Dom scored again in the 68th minute with a ball that bounced off the bottom of the crossbar and into the net. T’was lit, my dudes!

I have to do a quick shout out to the defense by the way. Zusi, Bes, Ike, Seth, and I’m throwing in Ilie are really killing it. In the game against New York Red Bulls they were on complete lockdown! It was like a clinic watching them out there. Note to any and everyone…don’t change the backline. Things happen that we don’t want to happen (See below…or just ignore because hopefully it will never happen again.) Oh, and Tim Melia is the best goalkeeper in the land. The Cauldron chanted it, so it must be true! @DaynaOG also agreed with my sentiment of how Tim is the hero this country needs. ‘Nuff said.

With the win on May 3rd Sporting was on the top of the table with 18 points! Then…

Sporting played a game last Sunday…and some stuff happened…and that’s about it.

Mo Johnston is this year’s honoree for the Sporting Legends Hall of Honor! Johnston played for the Wizards from 1996-2001, scored 32 goals, and had 31 assists in his 170 caps.

IT'S MOJO TIME, BABY!#SportingKC to induct Mo Johnston into #SportingLegends hall of honor on May 17 at @cmpark.https://t.co/rft3Ndg1oz

The next game for SKC is Retro Night! There will be “Charlie Brown” jerseys everywhere! They are awesome btw.

Sporting’s next game is coming up this Saturday at 6:00 pm when they take on Orlando City FC in Orlando. Here’s hoping for another 3 points, and to getting back to the top of the table!