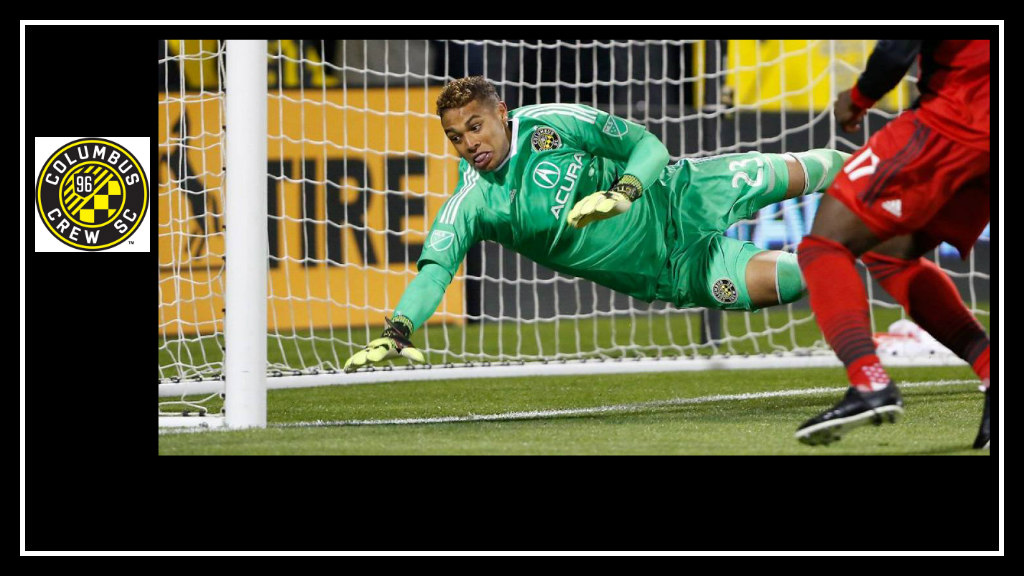 Does this sound familiar–Columbus Crew SC losing another game where they were leading? Are the demons of Columbus Crew SC 2016 resurfacing?  Are we trying to play another match like we did against NYCFC a week and half ago?    Are you experiencing déjà-crew?  Because during this game, I definitely felt that I was.

Columbus Crew SC played a strong 65 minutes before the wheels came off.    Due to some hard work, Ola Kamara drew a foul that led to a PK, which Federico Higuain put away in the 28’.  Toronto FC’s keeper Alexander Bono dove before the ball even left Pipa’s feet.

Not long after Columbus received their PK, Zack Steffen committed a foul in the 37’ resulting in a Jozy Altidore PK.  Zack Steffen guessed correctly stopping Altidore’s attempt to even the score.  Toronto started making offensive subs before the half putting in Tosaint Ricketts in the 40’ who became a difference maker for Toronto.

For the bulk of the first half, Columbus Crew SC maintained the majority of the possession, and a victory seemed within grasp.  During the second half, Crew SC seemed to struggle with possession and tired legs beginning around the 65’.  Then, acting coach Josh Wolff made his first sub, which I didn’t necessarily agree with, but he must have felt necessary putting on Jimenez for Williams in the 66’.

Toronto found their footing in the game, and in the 81’ and 90’, the stadium watched as Ricketts finished both goals–the winning goal going through a slew of both Columbus Crew SC and Toronto players before Ricketts finished it.

It’s another heartbreaking loss for Columbus Crew SC and the fans who saw another lead lost.  Déjà-Crew.

Up next, a Saturday match against Montreal Impact.  Let’s hope we don’t have another experience of déjà-crew.