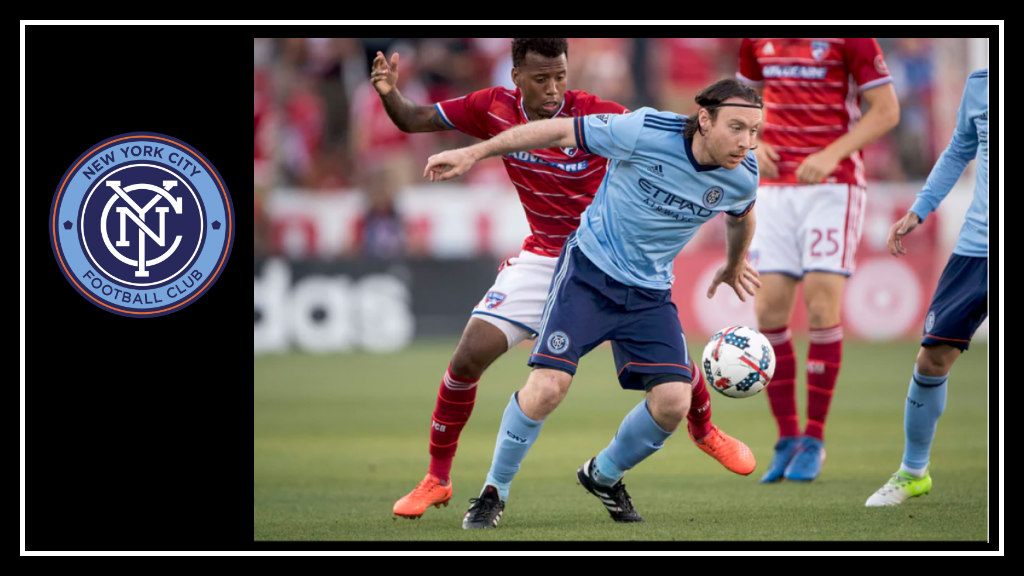 Sometimes a draw on the road is the best you can hope for. I’m not sure anyone had delusions about New York CIty FC being the ones to put an end to FC Dallas‘ impressive unbeaten streak at home. A win would be preferable, of course, but just not losing would be enough.

NYCFC made the trip out to Dallas and fielded a lineup that’s becoming familiar, with one major change: Tommy McNamara took the place of Yangel Herrera, who played admirably in his back-to-back starts before heading off to the U-20 World Cup. Despite a rocky first half, Patrick Vieira‘s men kept their wits about them and managed to gain enough confidence to keep the home team on the ropes for good stretches of time, even after conceding early on.

Maxi Moralez boasts an impressive record that I didn’t know about until this match: He’s the most fouled player in MLS this season. It makes sense, of course. Not only is he a whopping 5’3″, but he refuses to stay out of the action. Maxi is everywhere, constantly, orchestrating play from the midfield and throwing himself into the attack. It’s easy for players to gang up on him — and that’s exactly what FC Dallas did. No small amount of their game plan could be summed up by “get Maxi on the ground at all costs”. In the end, it meant that Maxi was ineffective at best and in the way at worst. It was far from his best showing in the NYCFC shirt.

Right as things were starting to get nervey, with David Villa lining up for his free kick and Miguel Camargo poised to come on for Tommy McNamara, the match took a turn.

I’ve extolled the virtues of T-Mac before. I think he’s emblematic of the club, and I know I’m not alone in that. The NYCFC fanbase has mad love for Tommy, arguably moreso than any other current player. There’s just something about that kind-hearted, mulleted man we all resonate with. And in the 68th minute, he did not disappoint us: When Villa’s free kick pinged off the crossbar, T-Mac was there.

I mean, he was there.

He didn’t just score a header off the rebound. He careened into goal, leaping to avoid a collision with Matt Hedges as he attempted to clear it off. He found himself in the back of the net along with the ball, like a glorious tuna being raised from the sea. T-Mac did what T-Mac does best: Whatever he wants. That goal was pure graceless guts and glory. It was the Tommy we all know and borderline worship. Thanks, T-Mac. As usual, we owe you one.

Man of the Match accolades undoubtedly go to Sean Johnson, who put on a goalkeeping masterclass. Due to the combined efforts of FC Dallas’ united attacking front and NYCFC’s disorganized back line, the scoreline could have easily been 5-1 by the end of the night. Johnson was the main thing that stood in the way of such a heartbreaking result. (Also, all the shout outs to his mom by the Fox Sports commentators were cute as heck.)

Credit where credit is due: FC Dallas put up an impressive fight, and we were lucky to eke out one point in their home. It was one of those games that I would have been thrilled to watch as a neutral — without the suffering and stress, it was enjoyable fast-paced football on both ends.

Before I go, here are some stray observations:

Next week, except by next week I mean next match week, but actually Wednesday: We travel to Sandy to take on Real Salt Lake! Not to get ahead of myself, but I sense a road win for the boys in blue…