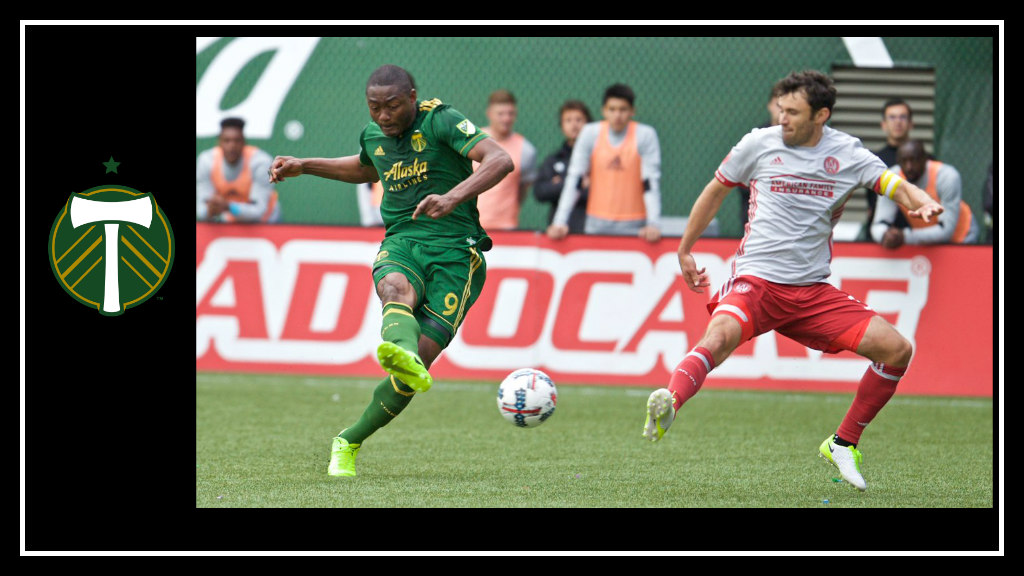 Man, what to say about Sunday’s match….

After last weekend’s forgettable trouncing, I was really hoping for a rebound against Atlanta. We were at home against an expansion side, Diego Valeri was back in the lineup…it wasn’t an unreasonable expectation. Right?

We lined up in the familiar 4-2-3-1, with Jake Gleeson back in goal as he recovered from injury, but with a couple of changes from the usual setup. Sebastian Blanco took up the left wing spot for the still injured Darlington Nagbe, which put Dairon Asprilla out on the right wing; and Roy Miller took up the starting role next to Liam Ridgewell in the CB spot. I took that to mean that Caleb Porter is still figuring out how to put together a back line until we finally sign our mystery starting defender sometime this summer. I say “mystery starting defender” because, while we have supposedly signed an amazing center back from Turkey’s top flight, they still haven’t announced who it is. With the rumor mill in high gear, at least three different top quality CBs have been named in press reports as having definitely signed with us. At this rate, by midsummer we will have a starting XI made up entirely of Süper Lig center backs.

I’ll make the match recap brief, mostly because there isn’t a lot to say. Our right side was legit terrible, with Asprilla and Alvas Powell making less than stellar decisions. The “That’s So Powell” show was in full effect, with Alvas continuing to make reasonable defensive plays followed immediately by needless giveaways. Fanendo Adi wasn’t particularly sharp, either, reverting to his pre-2015 ways, floating offside too many times and not being particularly effective up top.

For my money, Valeri probably came back from his injury a week too early; he didn’t have his usual crisp play and wasn’t connecting with the ball or with other players as well as he usually does. That left Blanco to carry much of the offensive load, and while his work rate was impressive he didn’t have much to show for it. This lack of offensive firepower left Vytautas Andriuškevičius sitting far back, with little reason to push up/overlap.

Neither side had much to show for their efforts in the first half. Coming into the second half, in the 46th minute, Powell did what Powell does, making a defensive stop and then essentially passing it straight to the other team. After Powell’s misstep in the back, the ball was at the feet of Jeff Larentowicz, who quickly ensured that Julian Gressel was perfectly set up to take a touch at the top of the box and blast it past Gleeson for the score:

Our only answer came just a few minutes later, in the 50th minute. David Guzmán took a free kick from the right side, and Ridgewell headed it in unchallenged for the equalizer:

We ALMOST had the chance to pull ahead, thanks again to Guzmán in stoppage:

What a cool view of Guzman’s shot! pic.twitter.com/YPuScM1h1b

The post giveth, and the post taketh away. We didn’t really deserve to win this one after our terrible possession and inability to close when it mattered, but dang, that would have been a SWEET stoppage time winner. We ended up with a 1-1 draw, a fair result given how we played.

There were a couple of dangerous plays in this match that bear discussion. At 11′, Asprilla took a big swing, connecting with a ball to send it up the right sideline, and unintentionally blasted it straight at the oncoming Yamil Asad’s  head. This happened pretty much right in front of me, and I can tell you that Asad went down like a tree:

That looked bad and that fall is very concerning. Asad is back on the field though. #PORvATL pic.twitter.com/r7qCt2PO0E

Asad was examined by both Portland and Atlanta doctors and was allowed back into the game, but it was clear that Portland’s doctor was less than okay with the decision, as he continued animated discussion with the Atlanta staff and with the fourth official. Never mind competitive advantage; I just hope Asad is okay and that MLS is taking concussion protocols seriously.

The second concerning play was a full on scissor tackle by Carlos Carmona in the 35th minute:

I HATE seeing potentially leg-breaking plays like that. Blanco could easily have taken a season-ending injury there. I hope the discipline committee issues a retroactive red for the tackle. There is no room for those kinds of moves in the beautiful game.

I’m pretty sure that Valeri was playing hurt the entire match. No doubt Valeri felt some responsibility to get back on the pitch as the playmaker and spiritual leader of the team, especially after last week’s trouncing at the hands of San Jose, but I think his spirit was more willing than his body was able. Aside from looking to be a step slow and a bit off his game, he wasn’t taking many of the set play kicks that would normally be his, ceding that duty to the capable Guzmán.

Speaking of Guzmán, he continues to be my favorite signing this season. His defense is solid and his transition game is strong. Without his work, that match could have been REALLY ugly.

Speaking of ugly, how about our possession game, eh? Listen, I don’t ever want to hear anybody complain about Darlington Nagbe’s shooting and scoring numbers ever again. We have gone two weeks without him on the field and our possession game is levels of magnitude worse.  Heal quickly, Darlington. We miss your magic touch and your ability to keep the ball and pass accurately under tremendous pressure.

Once again, I am proud to be a member of the Timbers Army and its nonprofit engine, the 107 Independent Supporters Trust (107IST). Thanks to Valeri’s generous donation of two signed log slices for a raffle, we were able to raise enough money to sponsor Street Soccer USA to the tune of $5,000, supporting their efforts to bring a team of Portland homeless and at risk youth to the Street Soccer tournament in Philadelphia this June. We are grateful to Valeri for his support, and to everyone who chipped in to make this sponsorship possible:

.@107ist presenting a check to @StreetSoccerUSA for $5,000. YOUR MEMBERSHIP DOLLARS AT WORK IN THE COMMUNITY. #RCTID #BAONPDX pic.twitter.com/vt3qL4Sg0Q

Next up, the boys travel to Montreal to take on the Impact on Saturday. Here’s hoping we’re healthy. See you next weekend!