A Brace? What a Blessing! 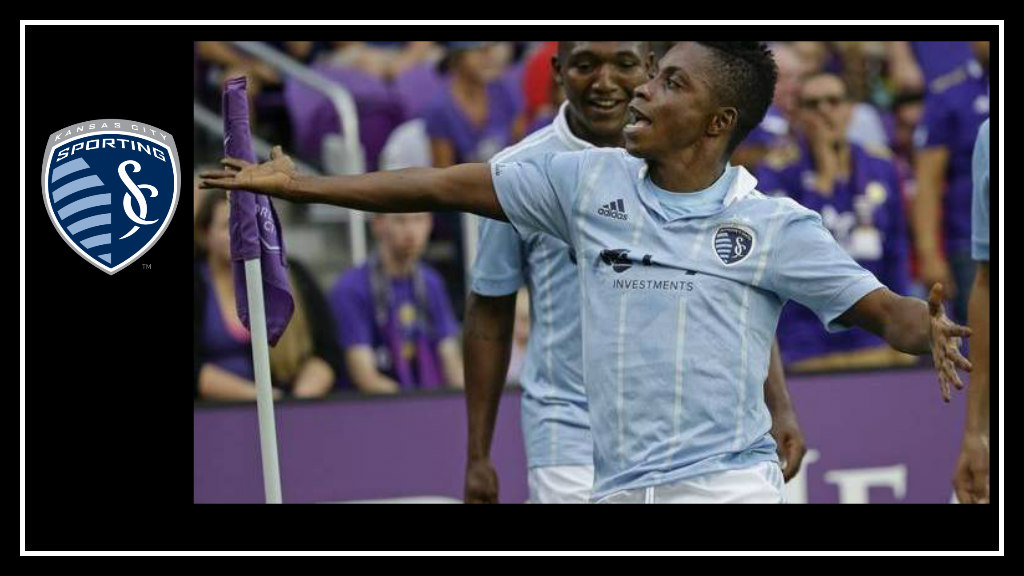 Man, the wordplay is…well it’s something I guess.

Here we are with another short week for Sporting KC. A game against Orlando City FC on Saturday, and then one against the Seattle Sounders on Wednesday night. So that leaves us with some quick fire articles.

On Saturday my husband and I were driving to the watch party for the game only to get stuck in a traffic jam where the main highway into downtown KC was closed for construction. Then we had to navigate the patrons for the Garth Brooks concert at the Sprint Center, and after that we got to walk through a country concert at KC Live in Power and Light. Quick note: We are not country people. We walked through this concert wearing Vans and Sambas so that we could get to No Other Pub. There were soooo many pairs of boots.

After the saga of getting to the watch party, we finally made it around the 11th minute. By that time, Latif Blessing had already scored his first goal! Ilie fed a ball up to Gerso who looked like he was going to shoot it, but he sent in a cross that tipped off a sliding Matt Besler and Latif tapped it in. The goal came off of a cleared setpiece hence Besler still being up front. Not going to lie, but I’m lucky that this game was the MLS Condensed Game of the Week or I would have just been confused… If the darn highlights started just a smidge earlier. Also, darn you Garth Brooks!

Orlando came back pretty quickly when Cyle Larin snuck onside and past our defense to score their first goal. There was a slight uproar in twitter land about Larin being unmarked, and that seems founded. The defenders did seem mighty occupied with the cross. Ten minutes later there was an Orlando City breakaway, and Kaka found the back of the net. It was a beautifully handled ball, so I’ll say I can’t be too mad. That’s a lie. I hate losing, but it was a pretty play.

Until Latif’s second goal, we’ll get to that in a second, all I could think was, “We have to get a goal. Our offense looks too solid and too organized to not get one.” But all we were getting were good runs into the attacking third and lots of possession time. It seemed that Sporting was utilizing their strong passing game almost to a fault. We’d pass the ball around and let Orlando City flood the box with defenders. There was finally a crack in the defense when Gerso got the ball to Benny Feilhaber who played an on target shot that was deflected by Joe Bendik straight to Latif who tapped another short goal. There was definitely an undercurrent of “Finally!” to the celebrations at No Other Pub!

Let’s talk about Bendik right quick. Here in KC we have one of the best keepers in the league. Maybe the best this season. His name is Tim Melia. He is a unicorn, a hero, and a class act. I have not seen Tim Melia lean over a player from the opposing team and scream in his face no matter the circumstance. Joe Bendik leaned over Latif Blessing twice and screamed in his face. I understand that Latif dove a few times, and one or two were blatant. Knowing Peter Vermes, I also doubt that Latif will be doing that anymore. Joe Bendik needs to back off. Did it hurt him, no. Maybe he should have stopped those goals.

I don't have anything nice to say about your goalie, Orlando City. #IfYouCantSaySomethingNice #ORLvSKC

Tim Melia and Ike Opara have been named to the MLS First Quarter Best XI. Sporting’s two players tie them with Orlando City for having the most players on the team.

Mo Johnson will be added to the Sporting Legends on Wednesday which is also Retro Night! Get ready to see a bunch of Charlie Brown jerseys!

Three Sporting KC players completed over 96% of their passes in game against Orlando City…passing game on point.

9 @SportingKC players have completed more than 96% of their passes (min. 30) in a @MLS match during Opta era (2010-present). 3 were tonight. pic.twitter.com/a6mnQ2KTOk

See you all on Wednesday for SKC v SEA! No Joevin Jones for Seattle. Bring it on, Deuce!