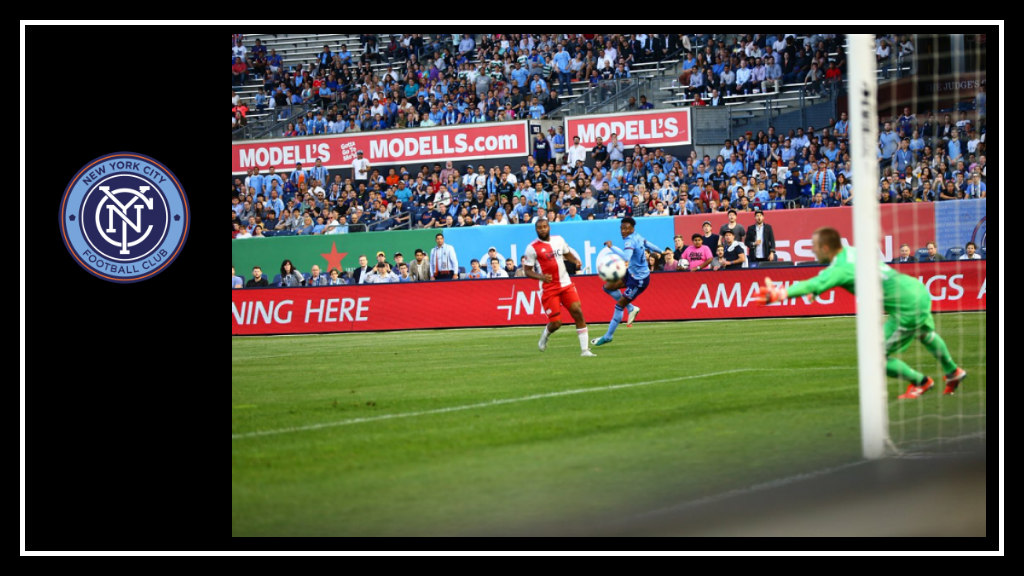 Let’s not beat around the bush: New York City FC should have handily won this match. New England Revolution are a bit of a mess this season, having only won four games so far — and all four were at home, to boot.

Despite early energy and pressure that led to a brilliant piece of link-up play between David Villa and Jack Harrison to give Jack his sixth goal this season, NYCFC couldn’t quite keep a grip on a lead. The Revs scored their first equalizer off of a set piece… which is a point of endless frustration for NYCFC this year. Sean Johnson made several spectacular saves on his birthday, but he wasn’t able to keep out Kei Kamara‘s header. NYCFC’s extremely poor marking during the corner didn’t help him at all. That’s why set pieces break us. We just don’t know how to handle them, so it becomes a cheap and easy way for opponents to get goals.

NYCFC seemed to play two separate games during this match. In their own half of the pitch, they were sluggish and lackluster. But once they crossed that midfield line, the fire was lit and the chase was on. Even a little bit of that attacking energy being present in the defending half would have made all the difference.

A little more focus during attack wouldn’t hurt either. There was a moment toward the end of the first half when Ben Sweat and Villa both whiffed clear chances right in front of goal. It’s those missed opportunities that come back to haunt you after the scoreline is finalized, and NYCFC will definitely be battling off those ghosts tonight.

Cometh the hour, cometh the one bright spot in this match: Miguel Camargo entered to take Tommy McNamara‘s place, and scored his first MLS goal not three minutes later. He found himself on the end of a gorgeous long cross from Maxi Moralez and headed it straight into goal. It was a lovely moment, and hopefully the first of many Camargoals to come.

Had the Revs’ second equalizer not come quite so late, I do think NYCFC could have pulled off a last minute win. But with just four minutes left in the match, there simply wasn’t enough time for NYCFC to pull off a coherent counter attack. They tried their absolute hardest, but it just wasn’t meant to be. Maybe if there had been another ten minutes or so on the clock. Maybe. Shoulda, coulda, woulda — didn’t.

So, after four road matches in two weeks, an exhausted NYCFC only managed to squeak out one point at home. That’s a crying shame, and the boys in blue know it. They hurried off the pitch after the final whistle, made their way to a dressing room filled with silent tension. There’s nothing worse than letting down the fans at home — because even though it was a draw, it still felt a hell of a lot like a loss.

Before I go gently into the good night, a few stray thoughts:

And that’s a wrap on another week of mediocrity at best, bitter disappointment at worst! In just a few days, the boys in blue will take on Philadelphia Union at home.

Which happens to overlap with the Champions League final.

So if I survive that, I’ll meet up with you all here on Sunday, hopefully with three points to celebrate.