Well, that was frustrating. 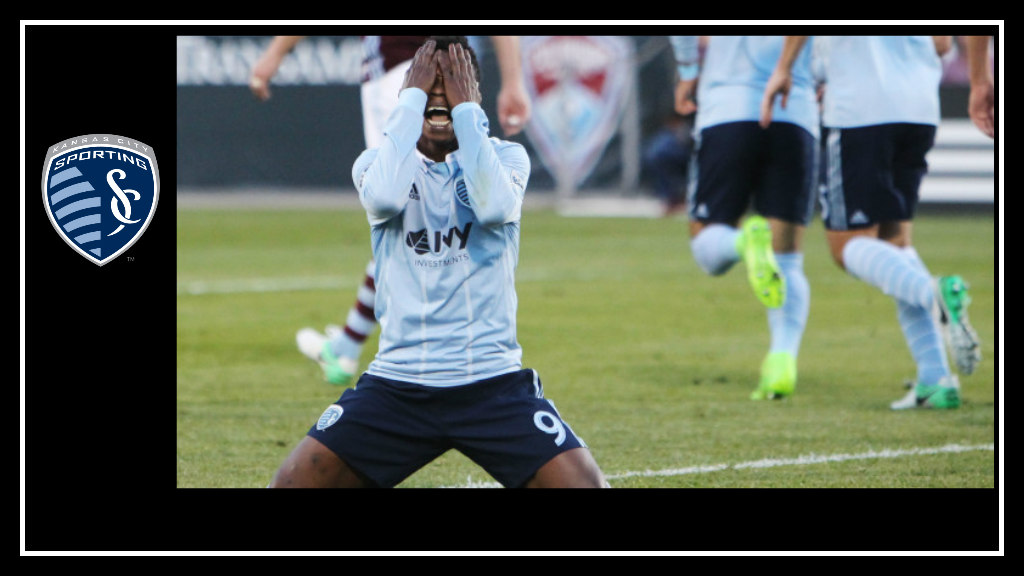 Normally this combination of stats would lead to a win, but not this time.

Sporting KC went to Dick’s Sporting Goods Park last Saturday to take on the Colorado Rapids, and frankly they dominated the game. It seemed like they could score at any time! They just didn’t.

The game changing moment was when Ike Opara “fouled” Dominique Badji. I would like to note the quotation marks. Many soccer analysts have stated that it should not have been a foul. This is not just an angry fan moment. Ike was going for the ball. Sorry you fell down. But the “foul” led to a free kick that was taken by Shkelzen Gashi. Gashi’s cross found the head of Kortne Ford for his very first MLS goal.

Now, regardless of the validity of the foul, Sporting should have defended better. There were lots of eyes on that cross, and not enough on where it could have been going. Defending crosses is one of our weaknesses, and going into the time when we’ll be down two defenders due to being called up to USMNT it will be even more crucial to remedy this problem.

The rest of the game was really frustrating. Our little Memorial Day family gathering kept getting our hopes up for a goal, but it just wasn’t happening. Our shots were a little too high or a little too wide. We are really missing Dom Dwyer. I’m hoping that he can get back onto the field soon. He started light practice this week, and Peter Vermes thinks that he may be a game time decision on Saturday against Minnesota United.

Bobby Burling did receive a suspension for a hit on Benny Feilhaber in the 23rd minute. He got a yellow for it in the game. This marks the third time this season that an opponent has gotten a suspension after the fact as opposed to in game. Someone did the math, and if those players had gotten red cards when they should have Sporting would have played a total of 216 minutes against 10 men teams.

Some good news from this week is that the Fan Vote for the MLS All Star Fan XI opened up. Sporting KC got eight players onto the ballot:

You may notice that Ilie is not on the list. This is a travesty! He’s so good! His presence in the midfield has been so strong this season, and if you’ve watched Sporting games in the past you should be able to see the difference he makes.

This season I have been a huge proponent of our defensive line, and seeing that three of them made it into the voting made me quite pleased. It’s easy to see why Ike is on there. In the games where Ike doesn’t play we are not as likely to win. His strength and height put him up with the top defenders in the league.

Matt Besler made it! I knew he was in all star form! His ability to see how plays unfold, and to put not only himself but the rest of his line in the right places is amazing. If he doesn’t eventually end up as a coach then there is something wrong with this world. He is so smart (soccer and book wise…he graduated pre-med!)

Graham Zusi has been getting a lot of flack this season because of his move to defense. With Sporting’s formation they play their two outside defenders up as almost midfielders, and they play the center midfielder in more of a defensive position. This suits Zusi well since he can still be a scoring threat and make assists. Zusi became just the second player since 2010 to complete 100% of his passes and create at least 5 chances in the same game when Sporting played the Vancouver Whitecaps. Take that, haters.

Four members of the Sporting KC roster have been called up for their respective national teams. Matt Besler and Graham Zusi for the USMNT, Roger Espinoza for Honduras, and Tyler Pasher for Canada.

Erik Palmer-Brown has captained the US U-20 squad into the knockout round of the U-20 World Cup! They will take on New Zealand on Thursday morning (after I finish writing, but before posting)…fingers crossed for a good result!

Graham Zusi threw out the first pitch at the Colorado Rockies game on Tuesday, and a few of his USMNT teammates, including Bes, were there to cheer him on!

STRIKE! Thanks to @gzusi for throwing tonight's 1st pitch on behalf of @ussoccer. #Get3 ⚾️⚽️ pic.twitter.com/FAH6JzKkrg

On Wednesday night my husband and I, and two other Cauldron members, played sports trivia in a fundraiser for the Victory Project against some SKC players. Benny, Ike, and Seth Sinovic made up Team Cavs in 7. We were team Children’s No Mercy Park. We didn’t win, but we had a good time!

This Satuday, June 3, Sporting KC takes on Minnesota at Children’s Mercy Park. The Cauldron will be celebrating Pride Day with special t-shirts and scarves to support the LGBTQIA community!