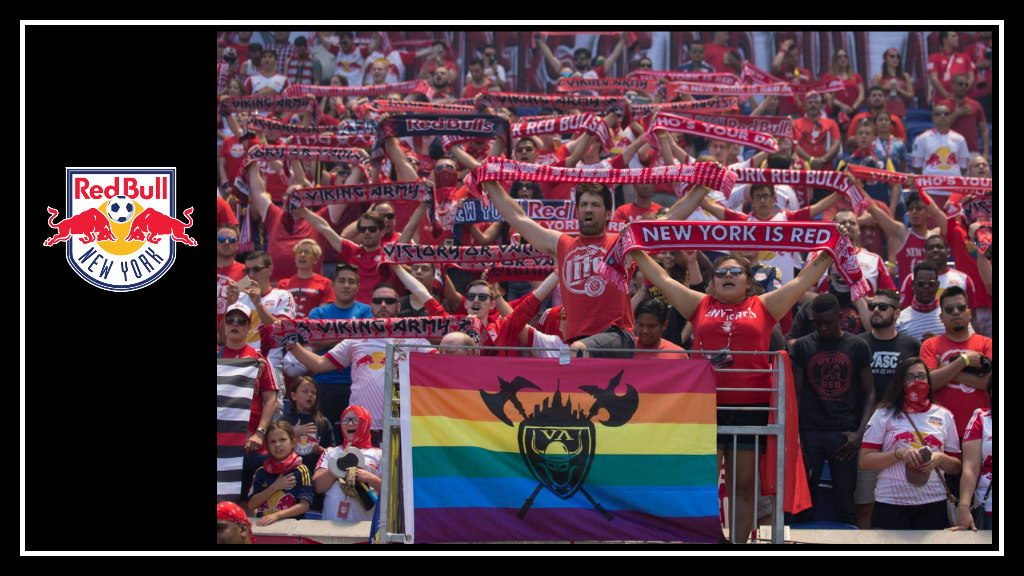 When NYCFC (9-5-3, 30 points) began their run in MLS, I was intrigued but not concerned. It was easy for me to wish them well in any game that wasn’t against the New York Red Bulls (7-8-2, 23 points). I had only recently come back to soccer myself, so it wasn’t strange to see a new team and new fans feeling their way around MLS. That season, RBNY went 3 for 3 in what was being dubbed the “the clash of the crosstown rivals.” HOLD THE PHONE.

Rivals? This is a rivalry? The Red Bulls have had a long-standing rivalry with DC United, dating back to the beginning of MLS when the New York/New Jersey Metrostars had to make the trek down I-95 to RFK Stadium. Rivalries are about history, not necessarily proximity. In the three seasons and now 8 games since (in league play), both sides have done a good job of making this a chippy and rousing battle.

CIVILITY IN THE PARK

After seeing the standard—and sometimes harsh—banter between “red” and “blue” fans on social media, I was slightly concerned about what would ensue on the day. What I found was the usual pre-game atmosphere– red and blue jerseys everywhere, games on the BULLevard, and conversation in the beirgarten. NYCFC was given a special tailgating area separate from the parking lots where Red Bull fans congregate. Then it was time to let the game itself do the talking.

At the start of the game, the Red Bulls honored longtime fan Wendy Herm, who lost her battle with a brain tumor. At the team walkout, the starting XI wore tribute t-shirts and armbands, and a moment of silence was observed.

Following the national anthem, the South Ward raised a pride-inspired tifo. The official pride event for RBNY is scheduled for August- but there’s nothing wrong with showing pride any time!

Defensive midfielder Tyler Adams officially graduated HS the same day as the game, but chose the kit & boots over the cap & gown. He played 82 minutes, with one shot on goal. He, like striker Bradley Wright-Phillips, was too easily contained by NYCFC.

Both teams opted for a 4-2-3-1 formation, both teams utilized all their subs, and both teams hit double-digit fouls (including 3 yellow cards each: Murillo 11’, Muyl 77’; Lawrence 90+5’; Chanot 20’, McNamara 28’, Ring 84’) RBNY midfielder Felipe, known for suffering a lot of fouls, was cautioned early on for drawing fouls.

NEVER GET TIRED OF CALLING HIM IRONMAN

Goalkeeper Luis Robles, during his 157th straight appearance, put up 4 saves but was not able to keep a clean sheet. His save in the 54th minute that has been nominated for MLS Save of the Week, his third nomination of the season.

Luis Robles’ third entry for @MLS Save of the Week!#RBNY pic.twitter.com/KNPuYIzhdT

CREDIT WHERE IT’S DUE

It’s one thing to get scored on by the opponent at home, but it’s a special kind of disappointment to be scored on by the team RBNY has been able to outscore 18-5 over the course of the “rivalry”. But, as coach Jesse Marsch said in the press conference following the game, “you have to give them credit”. The NYC goals (Harrison, 33’; Sweat 65’) were solid, the result of strong possession and attack. The fans, while more a fan of the f-word than this soccer mom would like, had a good showing and were heard chanting “we can’t hear you” following the first goal.

The yellow card for Alex Muyl (77’) for diving was met with bottles and cans being thrown onto the field from the South Ward. I’ve never seen that before, and with the immediate ejections of the perpetrators, I’m confident it will not happen again. The pace of the game grew frantic by RBNY in an effort to save the game, and the substitutions (Gonzalo Veron, Sal Zizzo, and Connor Lade) didn’t calm the team. When the final whistle blew, NYCFC had made New York **slightly** more blue. They’ll only have to do this five more times to really level the rivalry.