Red, White and a Blue Win 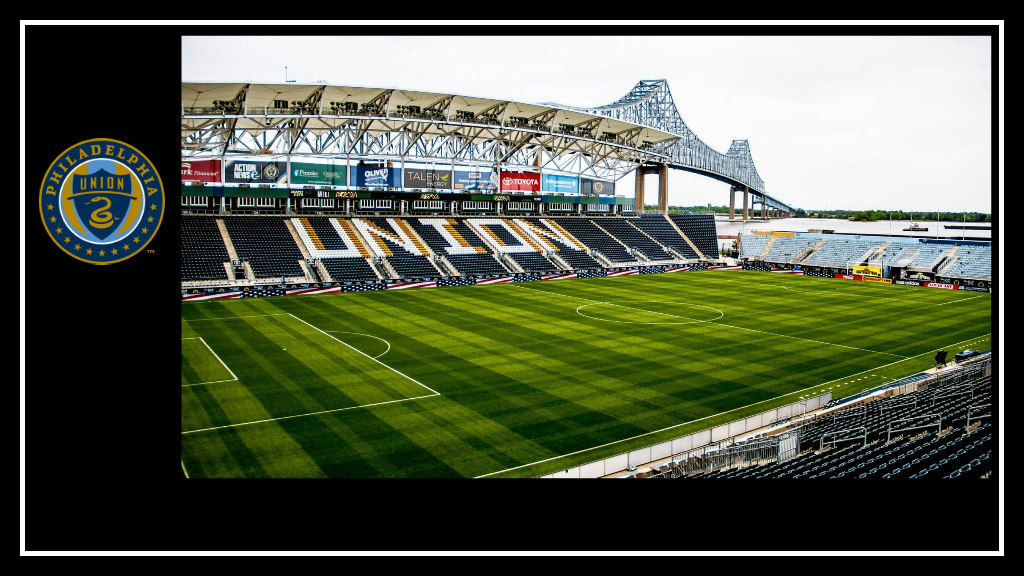 The weekend victory was punctuated by fireworks over Talen Energy as Philadelphia Union broke their three-match losing streak and missed being the bottom of table by a hair. The line-up changes for the Union brought back Alejandro Bedoya in the midfield and started Giliano Wijnaldum as a left back for the third time in the season (counting the Open Cup game last week.)

It was a slow start to the Metro Rivalry game between Philadelphia and DC United with the first twenty minutes not heralding an advantage to either team. Ian Harkes was given an opportunity to score by ex-Union player Sebastien Le Toux after a corner, but his header was too high. The turnaround in the game came in the 31rst minute by Fafa Picault from a stupendous cross from Bedoya. The play started from the back as Ray Gaddis rescued the ball from becoming a throw in and Bedoya ran ahead to open space on the right.

Alejandro Bedoya in the post-game conference said it was a deliberate cross to the far post as CJ Sapong and Fafa Picault were in position to strike. Picault commented on the volley as something he’s practiced and it certainly paid off as Bill Hamid couldn’t lay a hand on it.

Bedoya with the beautiful assist from the cross and Fafa left Hamid with no chance. 1-0 Union#JoinOrDie https://t.co/6lhA6SB7rd

The captain wasn’t the only midfielder in the limelight for Saturday’s headlines as an incident involving Haris Medunjanin and Luciano Acosta got hairy as Sorin Stoica issued Acosta a red card and then rescinded it after Haris spoke against the call.

It would’ve been the second red card against the Union for Acosta, as the last time Philadelphia visited DC, he had garnered the first for a foul on Ilsinho. Medunjanin explained after the game, that he did not feel a kick and told Stoica as much, “I think you need to be honest and I didn’t feel a kick or something, it was just a push.”

For those interested, here’s the best look of the Medunjanin-Acosta incident from the Union-DC game. #DCU #DOOP #MLS https://t.co/nkQkbRmK4s

Andre Blake was the man of the match as the game’s outcome could’ve looked drastically different in the second half. A penalty kick was given to DC United after Oguchi Onyewu blocked Taylor Kemp’s right-footed shot with his arm. There’s some controversy over the call as there were no other DC men around the ball and Onyewu’s arm was in a natural position, but Blake’s PK save silenced the issue before it could become the Achilles’ heel of the game for the Union.

Another save that rocked the home fans and kept the Union on the winning side came in stoppage time as a header from Lamar Neagle was kept out by Blake’s fingertips. With this game, Andre Blake has tied his career-high shutout matches in a season. It was a bizarre match with questionable decisions from the referee but in the end, rivalry week gave the Union what they needed, which was three points.

For me, personally, I would’ve liked to see more of Marcus Epps, who was subbed in and hasn’t started since the Open Cup game against Harrisburg. He could be a dropped in for Chris Pontius who has yet to find a goal for himself in the season and didn’t have much of an impact on the field this game whether coming from the left or the right wing. CJ Sapong is another attacking player having trouble recently. He scored in the Open Cup game but hasn’t managed to find the net in an MLS game since May against Colorado Rapids.

The players that stood out this match were Andre Blake and Alejandro Bedoya and it’s no surprise that they’ve been called up for the Gold Cup roster as well. Bedoya may not score as often as Philadelphia wanted when they signed him, but he’s been a force on the team. Being captain of the team is no easy feat when you’re losing points left and right, but Bedoya certainly made a difference and led the team to a win with his assist on Picault’s wonder goal.

Blake has been having a couple of tough games previous to this one but we can’t blame the goalkeeper for all of the goals conceded as there is a whole team to get through before the last man standing in the net. Blake has certainly kept his consistency through this last run of matches. The losing games could’ve had a larger margin if not for Andre Blake and the work he does. It isn’t always pretty or a showstopper like the ones from this match, but there’s a reason he was the All Star pick last year and up for ESPY best MLS player this year.

The last of the three-game home stand for Philadelphia Union will be against New England Revolution on July 2nd, but before that, they have another clash with the Red Bulls in NY for the Open Cup on Wednesday. The Red Bulls soundly defeated Philadelphia at home the last time they met. Let’s hope the Union is better prepared and get some payback this time.

Fafa’s goal and Blake’s save are up for goal/save of the week! Go vote for them before it’s too late.