Crew vs Atlanta and Minnesota 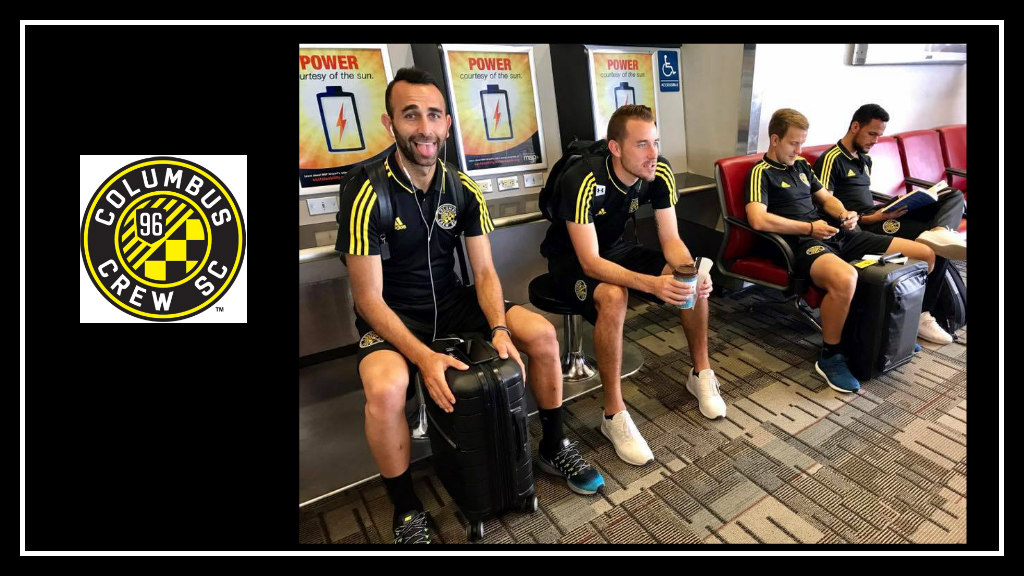 The game seemed choppy from the get go—neither team really finding their flow.  It seemed like there were a lot of tiny fouls that constantly got called, and the passing never really seemed to move.

Both goals were scored by Atlanta’s Hector Villalba in the 27’ and 64’.   Gregg Berhalter tried subbing in Manneh and Jahn to make a difference like in the previous game, but unlike last game, the subs couldn’t turn the game around.  It’s a game that begs to be forgotten.

Some plays that caught my attention:

Then, on Tuesday, Crew SC played another unremarkable game against Minnesota United resulting in a 1-0 win for the Black and Gold.  Berhalter did some significant changes to his formation most likely due to a combination of poor play against Atlanta and the quick turnaround time between games.

He rolled out a 3-4-3 lining up Naess, Crognale, and Abubakar in the back, resting Higuain who didn’t even dress for the 18, playing Jimenez for Afful, and starting Manneh over Meram who came off the bench in the 63’.

The team didn’t see many chances in the first half, and outside of the last ten minutes of the first half didn’t seem to have much possession either.   Although, I don’t think the lineup Berhalter played is meant to be as possession-oriented as our typical formation.

In the second half, Minnesota had many opportunities to attack.  Eventually though, Crew SC placed their own attack.  Manneh did a spin move to break away from a Minnesota defender.  No one else stepped up, giving him space, so he made a shot from outside of the 18 resulting in his second goal in three games.

After Meram came in, we seemed to have more of an offensive spark.  He crossed a ball to Finlay in the 66’ that Finlay missed but should have put away.  In the 73’, Meram sent a beautiful through ball to Ola Kamara who just didn’t bend his shot enough to hit the back of the net.

In the 77’, Meram sent another pretty ball to Ola who sent it back to him, but Meram held the ball probably a step too long.  While he got the rebound off his own mishit, Meram couldn’t put it away.  He had another opportunity in the 80’ when Ola Kamara passed him the ball, but Meram sent it a tad wide of the goal.  Regardless, Crew SC ended the game with a win going into an 18-day break from MLS action.

Some thoughts about this game:

The inconsistency of this Crew SC team always leaves you guessing.  Which as a Crew SC fan can be frustrating, but it also makes every game intriguing.  Who will show up?  We may never know, but I know we will be there cheering for our team.