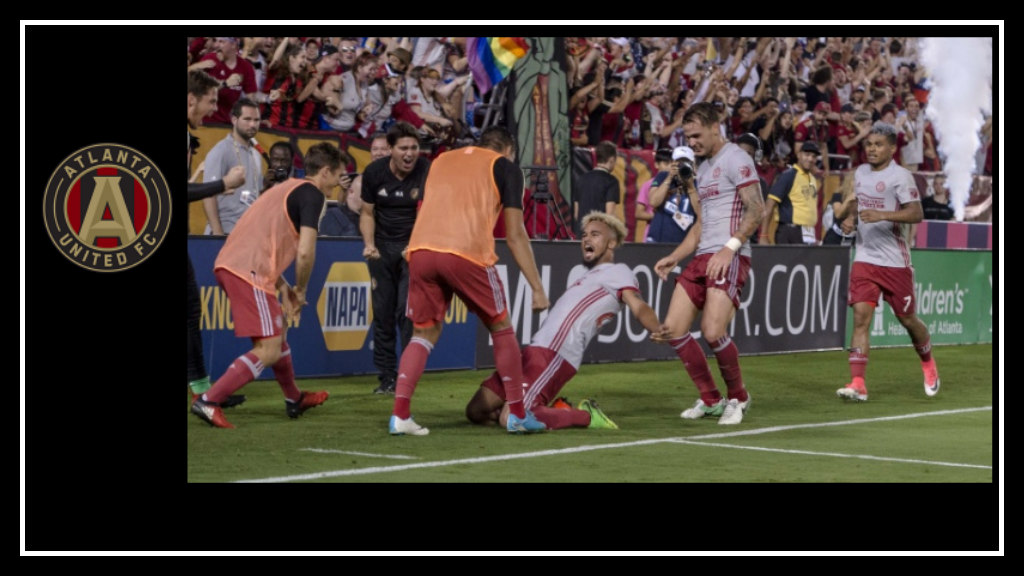 FOUR. Four goals on the 4th of July, bringing Atlanta United up to 4th place in the East. And the ATLUTD Academy U-16s just won a quarterfinal game by a score of 4-0.

Let’s start with our first road win in over two months, though. One of my favorite players, Tito Villalba, scored a brace against Columbus Crew on Saturday to ensure the first away win since April 22.

“But my parents aren’t home.”

Anyway, back to the 4th… I’m now convinced that the ATLUTD players are summoning their strength with thunderstorms. Our last three or four home games have been delayed or nearly delayed because of lightning in the area and we’ve come out with three points. I mean, Josef Martínez and Miguel Almirón are superhuman anyway, so it’s a natural assumption, right?

San Jose Earthquakes came in with a surprising amount of energy for a team that played late Saturday night and traveled across the country. A minute and a half into the game, they scored their first goal. The scoreline remained 0-1 for the remainder of the first half. ATL had a bunch of shots, but nothing was getting past David Bingham.

It didn’t take long before San Jose’s schedule caught up with them, though. They were pretty sloppy throughout the game and Kofi Sarkodie was yellow carded in the 10th minute for a reckless tackle on Yamil Asad – a yellow that should have been a straight red. About 20 minutes later, though, Sarkodie picked up a second yellow for dragging Asad down in almost the exact same spot, and was sent off.

There were four other yellows in the first half of the game:

In the second half, there were three more cards:

So, yeah, it was sloppy all around – except for the goals. Oh, the goals. They were lovely. And Josef learned his lesson about not jumping on the fireboxes after a goal. He ran towards one after his first goal, but gave us in the supporters section a grin and a finger wag before he was swarmed by his teammates. (Although, the fireboxes don’t shoot fire during games after it’s been raining, so it wouldn’t have been a repeat of the last home game, but it’s good to know he learned his lesson after last time)

Here are all of the lovely, lovely goals from Tuesday night:

The fireworks after the game were really nice, too. It’s been a while since I went out on the 4th to see fireworks (mostly because I have a dog who strongly dislikes loud noises like thunder, fireworks, vacuum cleaners and leaf blowers).

So now we rest up for the last game at Bobby Dodd – and it’s gonna be a big one. ATLvORL for the first time in Atlanta. But first, the Five Stripes (still don’t love the nickname, but I’m trying) head down to Orlando on 7/21 for the first ever meeting between the two teams who’s fan bases are already rivals. I won’t be traveling for that one because my brother and his family (including my two nieces!!) will be in Atlanta for our grandmother’s 100th birthday party that weekend.

I will, however, be at Bobby Dodd for our final game there – and I’ll be taking over the MLSFemale Instagram account that day! I’m excited about taking over the IG account, but it’ll be a bit of a sad day – only because we’re leaving the stadium where we’ve watched our boys play for the last 4 months. Hopefully, there will be a good thunderstorm around 5pm that day so our superheroes can summon their powers and get lots of goals!