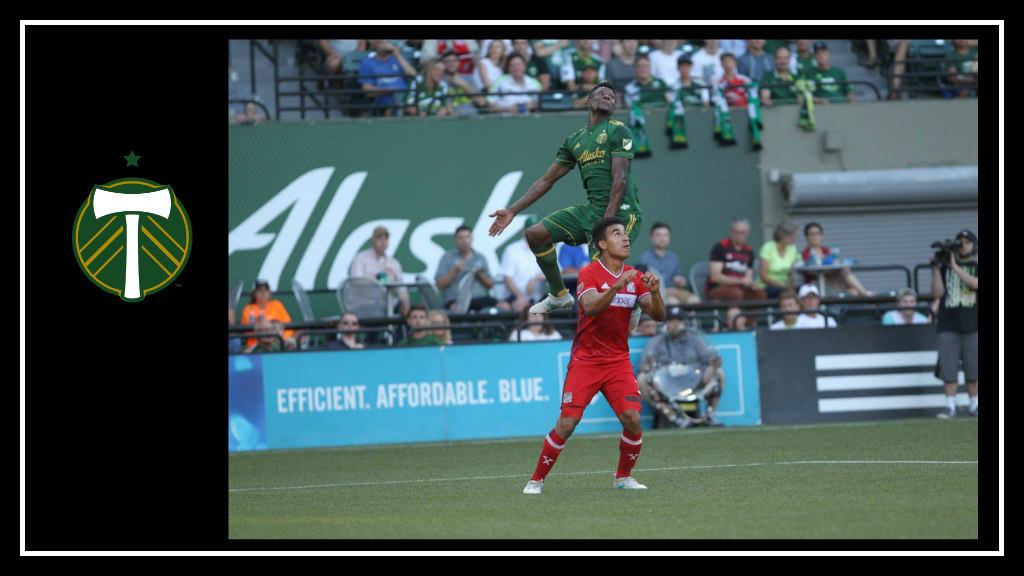 Last week I had an excellent opportunity to experience the sharp contrast between loving sports in general…and loving a team.

During my brief vacation over the last several days, I attended three separate sporting events in which I was not at all personally invested–an international soccer friendly, a local soccer charity match, and a major league baseball game. They were all fun, relaxing, entertaining affairs. Each time I chatted with friends, laughed at some plays, groaned good-naturedly at others, and passed a few pleasant hours not really caring about the outcome of the game.

And then I came back home for the Portland Timbers game on Wednesday night.

My match summary is pretty much encapsulated as follows:

Dead. I am dead. Please notify my next of kin. #RCTID

Passion for sports is a funny thing. It can exhilarate, devastate, and everything in between.  We had it all in full measure on Wednesday. We went ahead, fell behind, fought back to a draw, dominated play, worked desperately for the elusive go-ahead goal, thought we’d won at the death for a second, only to find that we hadn’t, and by the end of the match I was physically and mentally exhausted, just from watching.

It was always going to be a tough match. The Chicago Fire is having an excellent run of form, and we had just completed our fourth game in a row without a win (drawing Kansas City in a hard-fought match just a few days before). Our squad was so decimated that we literally couldn’t field a full eighteen, and most of the guys on the bench these days are pretty much T2 players.

With David Guzman, Alvas Powell and Darren Mattocks out on international duty and Diego Chara, Liam Ridgewell and Jack Barmby all out injured, we kept pretty much the same lineup as we’d had against Kansas City, with the exception of Zarek Valentin starting as right back, something he’s been doing more of lately. Darlington Nagbe played his second shift as a defensive midfielder. Chicago was also without Dax McCarty and Bastian Schweinsteiger, so at least we had THAT going for us.

Both teams had a couple of near misses early on, with Chicago getting an early chance at about 6′ and with a near miss for us at 17′. Then a handball by Juninho gave us the chance to go ahead at 23′:

(Side note: before I get to the goal, can we just look up at that GIF again and appreciate HOW HIGH Dairon Asprilla can jump? Good LORD. Okay, back to the recap.)

Fanendo Adi lined up at the mark and coolly struck it right down the middle for the score. It wasn’t quite a panenka but it was still gorgeous:

It was the first penalty kick awarded against Chicago all season, and we made it count.

And then barely ten minutes later this happened:

That crazy long shot from Arturo Alvarez made it in as Jake Gleeson was holding for a touch from another Fire player that never came.

Meanwhile, not two minutes later Diego Valeri was busy making a case for Near Miss of the Year with this bicycle kick attempt:

Pure inspiration from Valeri, but it goes just wide. pic.twitter.com/fpf0AaYVeQ

It went wide of the goal but oh, what might have been.

In the second half, we were dominating in all of the stats that are supposed to matter: possession, shots, shots on target. And then this back breaker happened.

Vincent! His first ever MLS goal and Chicago have a 2-1 lead over Portland! pic.twitter.com/qJJmdfWA7G

Alvarez and Brandon Vincent caught us out in the back and suddenly we were down 2-1, with a devastated, depleted squad. Would we be able to answer?

The Portland Timbers posted this beautiful breakdown of the goal. Yes, it was a real team effort; but I want you to pay particular attention to Diego Valeri at the 1:00 mark.

The Complete Look at the beautiful team play that led up to Sebastian Blanco’s game-tying goal. #RCTID #PORvCHI pic.twitter.com/AuDgCSeLCm

Watch as he squares his shoulders, rotates his hips and torso to his left. EVERYTHING in his body language tells the defender that Valeri is going to send the ball to his left…and then he coolly taps the ball to his right, to a waiting Sebastian Blanco. I probably say this every other week about Valeri, but that was poetry.

The boys worked desperately for the go ahead goal, and for about three seconds during stoppage time, we thought we’d scored it, off this beautiful cross from Marco Farfan to Adi:

Adi has the ball in the net, but he fouled the defender and it’s marked off. still level at 2 each. pic.twitter.com/QBVTm9Fh31

Unfortunately it was called back for Adi’s push-off, exhilaration turned quickly to frustration, and the game ended shortly thereafter in a 2-2 draw.

Holy cow, I got tired all over again just retelling that.

We had a fascinating donation to add to the memorabilia in the Timbers Army fanladen: a joint Timbers Army/Chicago Section 8 scarf from the days before Portland was in MLS:

Check out this story from the Chicago Fire site for more on the back story of the Timbers Army/Section 8 alliance, a significant part of our history as well as our growth/development as an organization.

Thank goodness that crazy stretch is over; now both the boys and I can get a little rest and recuperation during Gold Cup action! And I even have (a little) spare time, since July is pretty much a school principal’s best shot at vacation moments. We’ll see you again when the boys host Real Salt Lake on July 19th.

In the meantime, Let me know if there’s something non-match related you’d like to hear about during the international break: follow-ups on our international players during Gold Cup? Background on our newest signing, centerback Larrys Mabiala? Local history/stories of Timbers Army, either past or present? Reviews of local Portland cideries? Hit me up in the comments, or on Twitter at shebainpdx. Til then, as always, #RCTID.