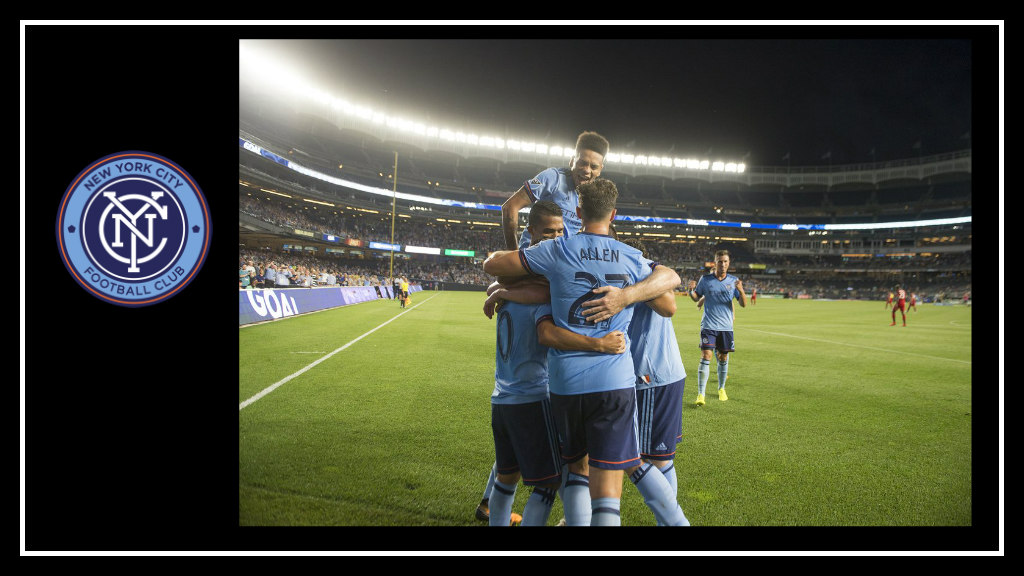 Am I happy we drew against a severely depleted Toronto FC at home when it was maybe our best chance to take three points during this particular stretch of games? No. But did I call it? Yes. Yes, I absolutely did. If you listened to the episode of Blue Balls NYCFC that I guested on, you’ll know that while Trey was cautiously optimistic NYCFC could pull off the win, I reached deep into my inner god mind, called upon my infinite knowledge of the football world, and proclaimed that the match would end in a 2-2 draw.

Not to toot my own horn, but beep beep.

This is just another entry into the long string of things I regret predicting in football. Eventually I will learn to keep my mouth shut and stop putting my divine will out into the universe before it can take shape and become reality. One day, maybe. But that day is not today!

NYCFC conceded early (again) and pulled back a late first half equalizer (again) before taking the lead in the second half (again) — and then it all fell to pieces when Toronto FC clawed their way back on the board with a late, late, late game penalty. By that point there was no magic left to be worked, and so the draw felt like a loss, and we all hung our heads in shame. So it goes.

I could go over the minute details of the game — how lovely it is to have Sean Johnson back after his early release from the USMNT Gold Cup squad, how loudly I screamed when RJ Allen casually passed the ball straight to Giovinco right outside our box, how David Villa and Maxi Moralez made a mess of TFC’s defense, how our substitutions may be our weakest point and how our bench depth is starting to suffer as more players get injured on international duty (R.I.P. RodWal and Camargo) — but it would be a waste of your time, and mine.

Instead, I’d like to tackle the real issue at NYCFC that nobody is talking about:

Every day Alex Ring does not score his first goal for this club is another day we crawl closer to endtimes, and I’m not about to let the world go down in flames before I see that kindly Finnish cherub get his golden goal.

Not all midfielders are goalscorers. Most of my favorite midfielders aren’t! In fact, Ring’s goal-scoring record prior to coming to NYCFC isn’t anything impressive, but from what I understand of his history, that’s hardly his fault. Here, he’s settled in with a guaranteed starting position and a coach who believes in him, and he is hungry for goals.

It’s plain to see in every match he plays, but none more so than this one. Toward the end of the first half, Ring fired a cracking shot on goal from quite a ways out. It ended with little fanfare, but what it could have been lifted all our hearts. Ring really wants that goal. We really want it for him.

Thus, I present to you:

LA Galaxy and LAFC announce the joint signing of Zlatan Ibrahimović, because one club is not big enough to contain Zlatan.

Poku wins the Ballon d’Or (as he should).

The Nutmeg News gets a print magazine. (This isn’t meant to be shady. I really do wish this could happen.)

NYCFC gets past the first round of the U.S. Open Cup.

NYCFC wins the U.S. Open Cup in a stunning 9-0 thrashing of the New York Red Bulls, proving karmic justice exists and the good guy wins in the end.

Someone finally breaks into The MLS Mechanism Room and frees Chicharito, who has been trapped there since the summer of 2015.

Women’s football is given truly equal representation, respect and remuneration.

The inevitable heat death of the universe.

My next NYCFC recap. Just kidding! But I am going on a long-awaited vacation and will not be back until our penultimate Hudson River Derby on August 6. If Alex Ring scores during my absence, I will calmly walk directly into the ocean and never resurface again. No pressure.