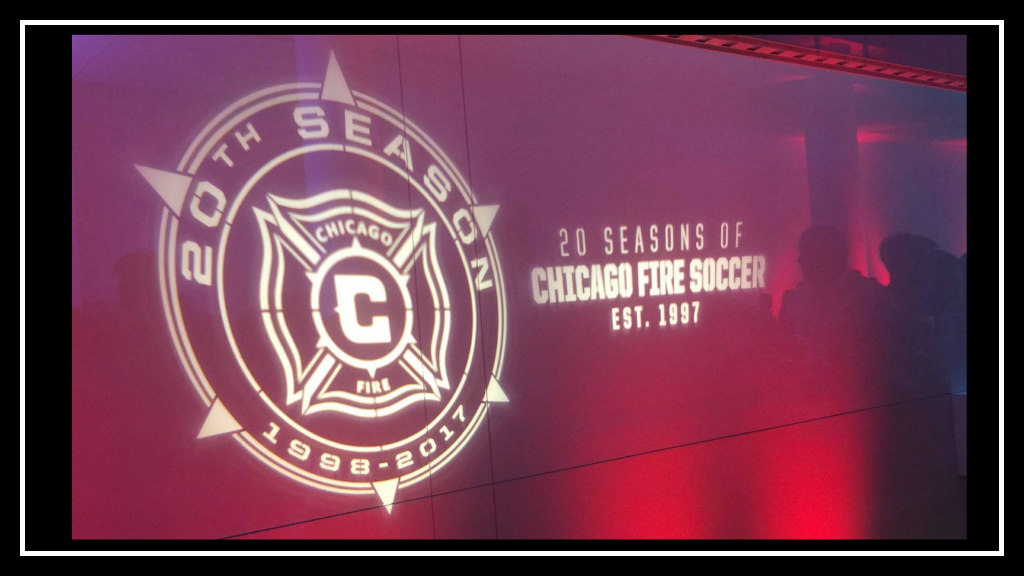 Are Fire fans cautiously optimistic for the remainder of the season?

It’s well known throughout the league that the Chicago Fire finished at the very bottom of the table during the last two seasons. It was disappointing and even devastating for countless supporters whose livelihoods revolve around the team.

This season has been much different. While the first couple of months started off at a moderate pace, the Men in Red have now been undefeated in their last 11 MLS games. It’s a new feeling for Fire fans, a feeling that with even a little skepticism is being embraced by Chicago’s supporters.

I, for one, cannot remember the last time I felt such happiness when at the stadium. It’s hard to believe that the product the Fire have put on the field has been of such good quality after watching them suffer the last two seasons. The team has also managed to get points in games when they aren’t performing at their best. In 2015-16 that wasn’t fathomable.

Now, with eleven games unbeaten there is a feeling of euphoria in the air. But is it a temporary feeling? Even with optimism amongst Fire fans, there is still a fear that lingers from past seasons making many wonder, is this too good to be true? As fans, we hope for the best, but we know it is possible the team could fizzle and lose momentum in the second half of the season.

I was able to chat with other Fire fans, here’s what they had to say about the Fire’s eleven game unbeaten and their thoughts on the remainder of the season. (Year followed by fan’s name is the year they became a Fire fan.)

“I keep waiting for the other shoe to drop after being burned from the past couple seasons, I guess. If I can push that out of my mind, though, I am very excited for the postseason.” – Cam Robbins (2000)

“It’s hard to believe the team is unbeaten in eleven MLS matches. I definitely didn’t expect it, but it’s a welcome surprise. I love that there’s more attention on the Fire throughout the city and Chicago media; people are taking notice and watching this team. I’m hopeful for the remainder of the season that they can keep up the energy and keep playing exciting soccer. They’re so fun to watch!” – Sarah Sampson (1998)

“We don’t want this to be a peak, or a plateau. There is a desire, not just among fans, but among staff, for this to be the beginning of a growth rate in relevance, performance, and progress that we aim to sustain for a long time.” – Jacob Peters (2009)

“I can’t wait to see what happens next! I’m just so happy the guys are playing so well and in contention!” – Melissa Kellas (2006)

“I’m still waiting for the bottom to fall out, but still managing to enjoy watching winning soccer.” – Carrie (1999)

“It’s been a fairytale of a season so far, the boys have been connecting well and I hope it’ll continue on that way for the remainder.” – Staci Lorz (1998)

“I get the feeling that there are many fans that feel the same as I do: cautiously optimistic and happy to be where we are, but still mentally prepared for disappointment if the bottom should drop out. It’s happened to us too many times over the past few years, and that’s a tough mental framework to shake. Or maybe I’m just speaking from experience as a lifelong Cubs fan (Though if the 2017 Fire want to follow in the footsteps of the 2016 Cubs, that would be fantastic!).” – Alexis McAdams (2008)

“I can’t remember the last time I was this excited about a season. I thought nothing would ever compare to the Fire teams from 1998-2000, and even though the Blanco years were fun to watch, this year’s team is probably the closest to that. I can see them winning it all. And in the 20th anniversary, it’ll be perfect!” – Violeta Santillan (1998)

“I hope they can keep their streak alive, and I hope that everyone involved with the club works to build not just to “win now” but for enduring success on the field, in the front office, and in the stands.” – Dan Martin (2006)

“I can’t get over the feeling that the Fire might still lose somehow in the last few minutes of the game, after getting used to that the past few seasons, but I am excited. I’m of the I’ll believe it when I see it mind when it comes to playoffs, but things are definitely looking up. It’s an exciting time, but there are still a lot of factors that don’t always make me as excited as I should be.” – Betsy Tomszak (2009)

“I’m going to enjoy the moment for now. There’s been too many years of disappointment to be all in. I only hope this feeling lasts until the Fire lift the Supporters Shield and MLS trophy at the end of the season. The excitement that this could actually happen is something to hold onto.” – June (2002)

“I’m trying not to inflate my hopes too much. I’ll call my mood at present as cautious optimism. I’m holding on to the pessimism just enough so that it doesn’t hurt too much if our luck turns. I’m thrilled by our current form, but very aware that there are key players that must be on the field to support our current style of play. If any combination of Niko, Basti, Polster, Dax, De leeuw were to be injured long-term we may see a very different result from the rest of the season. Fingers crossed they stay healthy.” – Carmen Norgaard

“It’s really exciting- but at the same time, the better they do and the longer their winning streak goes- the more pressure that gets added and the more nerve-wracking games can be! But overall, it’s just so great to see our team win and know that we love them no matter what!” – Hallie Moberg Brauer

“I’ve spent so many nights watching the Fire perform badly at 1am my time. I’m so proud of my men in red and how they’ve turned things around this season. I’m really excited to see what happens next. I’m so happy my first visit to Toyota Park, getting to meet many of the fantastic Fire family has coincided with a revival in the Fire’s fortunes.” – Emma Price (2013)

Read more about the Fire’s upcoming match against NYCFC tomorrow (Saturday, July 22 at 1PM CT) at Fire Confidential, The Athletic, and The Loop Sports.