That’s Why They Call It The Blues 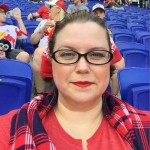 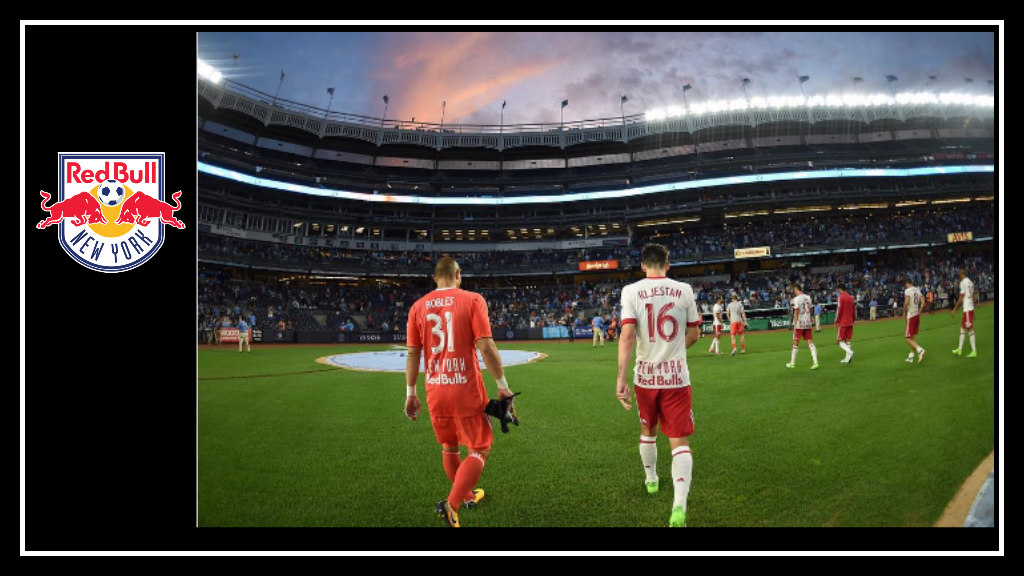 I need to begin by apologizing.  I apologize for this post being so late.  I apologize for allowing my support of the New York Red Bulls to get in the way of my duty to you.  I should have been eager to write about this match, even though it was a loss.  Truthfully, I would have been, too, if it hadn’t been for who we lost against.

Don’t worry. This isn’t going to be an angry screed against NYCFC.  Yes, I fervently dislike the blue team, but that’s not what this website is about.  There are plenty of other RBNY sites and podcasts who will be dissing them; so if you’re looking for that, look elsewhere.

Especially since Sunday was a classic “That’s so Metro” kind of match.

For those who don’t know, “That’s so Metro” is the phrase used when the Red Bulls lose a game through their own stupidness.  It started in the early days of the club when they were the MetroStars when Nicola Caricola scored the only goal during the inagural home match.  Too bad it was an own goal.

Thus, was a meme born.

“That’s So Metro”, or TSM for short, is not an excuse.  Supporters don’t use it to defend bad plays or explain why we should have won.  It’s used to describe how RBNY can turn a match or a season into a dumpster fire.  It’s used to remember not to get our hopes up about anything until the final whistle of the final match.  It’s our Chinatown.

I should have known something was wrong when I didn’t feel nauseated.

For the last few seasons, whenever there’s been an important match, I begin to feel nauseous a couple of hours beforehand.  Several factors determine the strength of the feeling.  How good is the other club?  Have we played them before this season?  If we did, did we win, lose, or draw?  And, most importantly, how have we been playing?  Depending on the answers, my tummy discomfort could fall anywhere from a little grumbly to a level where anything more than a hot dog could exit my body in the wrong direction.  Usually, the worse I feel the better the club plays.

This past Sunday, I felt nothing.

Maybe I gave myself a false sense of safety.  RBNY had been playing better in the last couple of matches.  Even though their last three wins were against clubs having poor seasons, their form had improved so much that those matches were blow-outs — 5-1, 3-0, and 4-0 respectively.  They were so improved from their June 24th match with NYC that many felt a draw would be a realistic result.

There were three signs this was going to be an oh-so-Metro match.  The first was Daniel Royer’s cries of agony in the 11th minute.  It looked like a true accident, too.  Royer and NYC’s Alexander Ring were chasing the ball, Royer slid to kick the ball away from Ring, Ring’s run became more of a leap where his momentum didn’t keep him going forward, Ring fell backwards, landing on Royer’s knee.  The play was so clean that neither player touched each other until Ring fell on Royer.

I don’t know if anyone at Yankee Stadium could hear his cries, but I could on television.  They were chilling.  They were the kind of cries that could mean the end of his season.  Thank the soccer gods, it doesn’t look like that’s going to happen.

His leaving early affected the team, though.  Before the injury they had a controlled possession with well-timed crosses and plenty of speed.  After Royer’s injury, they lost momentum and began easily losing possession.  They didn’t shake alive until David Villa scored a goal in the 28th minute.

The goal was bound to happen.  NYCFC had been feeding Villa ball after ball after ball.  He came close a couple of times.  So did another player or two.  I just don’t think anybody expected it to come from such a mundane build up.

It began with NYCFC defender Ethan White throwing in to Ring who crossed it to either Alexander Callens or Ben Sweat.  It’s hard to say since it rolled into the wide gap between them making them run for it like a stray ball.  Sweat then lobs it far, hoping to connect with one of the forwards; instead being intercepted by RBNY defender Damien Perrinelle.  Perrinelle then attempts to pass it up to Sacha Kljestan, but an NYCFC midfielder blocks it and — get this — uses his knee to send the ball towards David Villa who only has to run and catch it before Robles, which he does.

Reader, please believe me when I say that I have watched and re-watched this goal, and I discovered something disturbing: VILLA WAS UNMARKED THE WHOLE TIME!  How?  How was that allowed to happen?  I know they had three forwards, but so did we.  Bradley Wright-Phillips was marked by two defenders whenever the ball came close to him.  Why were we not doing the same?

According to coach Jesse Marsch in the post-match press conference, Aaron Long was assigned to mark Villa throughout the match.  Long had his back to Villa and was ten feet away before the first goal.  For the second goal, he kept pace and was then beaten.  In the build up to the penalty, he was marking Sean Okoli.

So remember a few seconds ago when I mentioned how Bradley Wright-Phillips always had two or three defenders marking him?  Well, lucky for us he’s so dang good because he was able to make a couple of goals.

The first was really sweet.  First, Felipe took possession from the blue team, passed it to Kljestan, who crossed to Sean Davis, who tapped it over to Wright-Phillips.  BWP then dribbled the ball a few over to just the outside of the 18-yard box, while two blue defenders positioned themselves between him and the goal.

Talk about magic, though.  Wright-Phillips planted his right foot and shot the ball with his left.  Ethan White was literally in front of him and the ball, but he stretched too far to stop it.  The ball went through his legs and towards the goal.  The City goalkeeper, Sean Johnson, then dove to his left to stop the ball, but he also stretched too far.  The ball passed through the triangular hole Johnson’s body made as it flew to the ground.  It was the most masterful goal I’ve seen from Wright-Phillips.

I love this team. #RBNY

Let’s jump forward now, past the second goals, to the third and final goal.

There’s still heated debate about what led to Villa’s penalty kick.  Was it a jinx brought on by some RBNY supporters chanting “this is our house” as some talked about the next day?  Probably not.  Was it a malicious kick to the face from Sal Zizzo?  No, Villa was hit by the ball not Zizzo’s foot.

This is what it was: another accident born of bad timing and one bad decision.

Villa and Zizzo were converging on the same point — the same point being the ball.  They met it at the same time just outside the 18-yard box.  They keep pace with each other for one stride, but the ball is on course to meet Villa.  By then they’re in the box.  Were Zizzo to knock or tackle Villa he would be called for a denial of a goal scoring opportunity, with Villa getting a penalty.  So he went to kick the ball out.

Unfortunately, the ball was neck-high by then.  Villa lowered his torso so the top of his head could meet it first.  Zizzo raised his foot and tapped the ball just as it bumps off Villa’s head sending it into his face.  If it wasn’t for the ball, Zizzo’s cleat would have hit Villa’s face.

A fair-minded individual would recognize that the whole moment was an accident, but even accidents have consequences.  If Zizzo had left the ball alone, Perrinelle would have been able to mark Villa and even block the ball.  Instead he made a decision which could have injured someone.  No one should have qualms with Villa being awarded the penalty.

Everyone knew the match was over once the penalty was made.  Marsch had waited too long to sub in Gonzalo Veron and Michael Murillo.  The team was too deflated to even out the score.  They had become so Metro.

But that’s not why they lost.  The team played well and with promise.  Kljestan’s form as a number ten is returning; he moved the ball with precision and assisted on both New York goals.  Wright-Phillips is becoming a laser-focused striker, putting himself where he needs to be and timing his goals in astonishing ways.  The only area that needs improvement is the shaky backline.  Hopefully, more time together will lead to better decisions and improved marking.