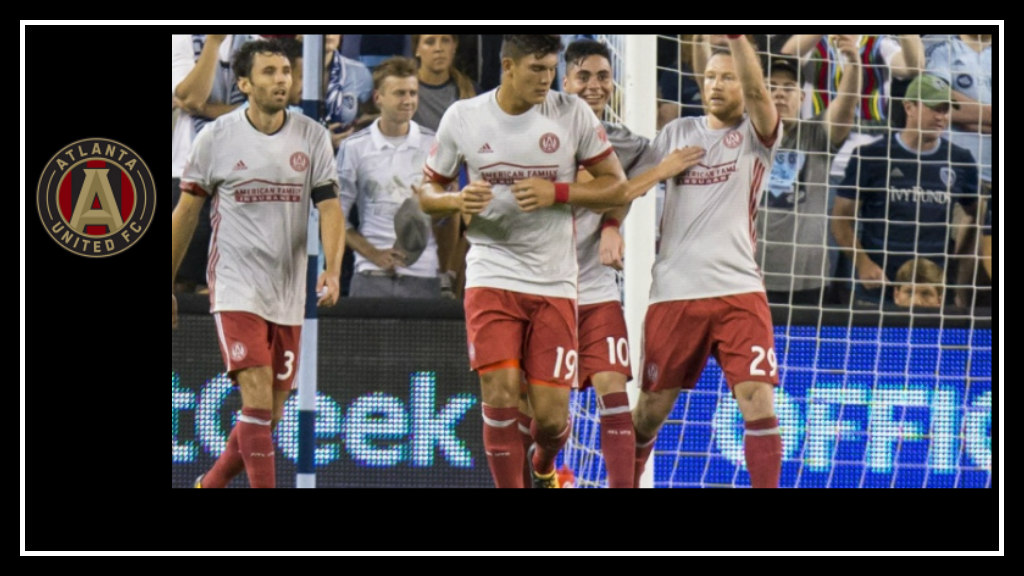 First things first: I’d like to ask the MLS Scheduling Department why they would schedule a game to coincide with Game of Thrones?!?!?!?!?! Thank goodness for HBO West, but I had to stay up way past my bedtime Sunday night. Totally worth it for both the game and GoT. No GoT spoilers here, but WOW.

Moving on! Atlanta United traveled to Kansas City this weekend to take on the team at the top of the Western conference. One thing I learned this weekend is that ATLUTD has more wins than ANY team in the West. Atlanta’s record is 10-7-5; the TOP SEVEN teams in the West all have nine wins. So there’s that. Sporting KC also has 10 draws this year after last night’s result.

I was reminded yet again last night of how bad the MLS referees are. This was not a foul:

Dont you just hate when you get two papercuts on your leg? pic.twitter.com/KobrGbldFv

But this was a yellow:

This gets a yellow? Asad should probably feel hard done. But somehow Carmona is still on the pitch. #SKCvATL pic.twitter.com/z0ybJMDnWb

And this was a PK:

A bit of a soft call, but there is contact. PK called. #SKCvATL pic.twitter.com/EZy8o0gCcp

VAR was not used on any of these – or at all during the game if I’m not mistaken. Maybe referee forgot it was launching this weekend?

And yet, ATLUTD managed to get a goal (thanks to Jacob Peterson – aka “The Answer”, who we nabbed from SKC in the expansion draft) and steal a point in Kansas City.

For the record, that’s 7 games undefeated for ATLUTD. We have a 2+ week break (thanks to the delayed opening of Mercedes Benz Stadium) before the boys return to DC to take on DC United for the 3rd – and thankfully final – time this season. Here’s to hoping we can manage a win. Third time’s the charm, right?

All 😁 from our new addition@bobbyboswell meets his #ATLUTD coaches and teammates for the first time pic.twitter.com/zop0wVwH74