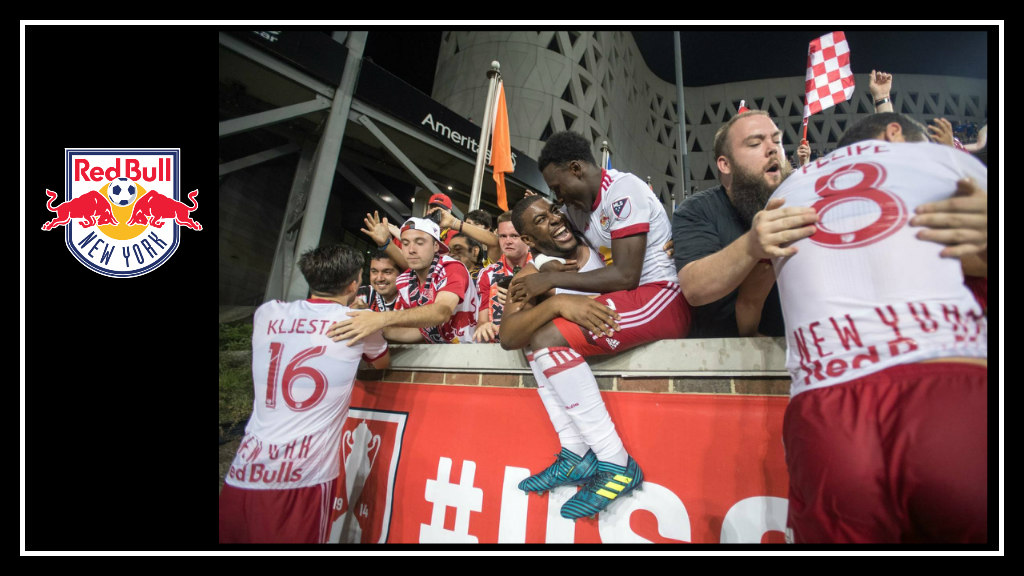 I had one New Year’s resolution: to watch more soccer. To really educate myself in the game. To bring the game to others somehow.

Thanks to so many people, not the least of which are the lovely sisters here at MLSFemale, I’ve been able to realize this goal.

So while I couldn’t make the trip to Nippert Stadium in Cincinnati, I had the amazing opportunity to watch the semi-finals of the Lamar Hunt Open Cup in a most familiar setting: a sports bar just down the street from where I went to college. Because the Open Cup doesn’t garner enough interest for TV broadcast, the host of the event hooked up his laptop to a big screen TV by the bar. So even though I couldn’t be at the game, this was about as good.

THE CINDERELLA STORY: Usually the final rounds of the Open Cup are exclusively the territory of MLS clubs, because they can have nice things, like young players and high payrolls. So who wouldn’t love the unprecedented run of USL side FC Cincinnati?

The New York Red Bulls and their fans, that’s who.

WHOSE FAIRY TALE IS THIS, ANYWAY?: The first half of the game was… well… let’s just say I’m glad I was in a bar. FC Cincy midfielder Corben Bone outran the defense to open the scoring (31′). Then Austen Berry doubled the lead (62′) and the crowd at the bar threw their hands up and made moves toward the door. But we had to let the beer wear off and pay for our pizzas, so we stuck around.

Just then, attacker Gonzalo Verón, having replaced defender Kemar Lawrence 15 minutes prior, began the turning of the tide.

But that wasn’t enough to keep the magic going. It’s a good thing Bradley Wright-Phillips is a thing that happens:

You may be able to quiet him for a bit but you CAN NOT STOP BWP! We call that an EQUALIZER!#CINvNY | #RBNY pic.twitter.com/twP0gwOnQ7

This brought the game to the slightly nervewracking Extra Time.

MIDNIGHT MEANS MIDNIGHT: Had I taken an informal poll before the start of the match, I would guess the majority of fans would have predicted an easy win for RBNY. So having to watch the game go to Extra Time was riddled with unease.

(I’m smack in the middle of the picture.)

Once again, doing what the team and the fans need him to do and when, Bradley Wright-Phillips clanged the ball into the net like he was tolling the tower bell at midnight and I will NEVER GET TIRED OF THIS CINDERELLA METAPHOR SO DON’T EVEN ASK ME TO STOP.

YOU’VE EARNED THIS DANCE: Lots of credit goes to both the club and the fans of FC Cincinnati.

“I don’t think it’ll be too long before we’re back here again playing in more meaningful matches.” –RBNY Coach Jesse Marsch, on the possibility of facing FC Cincinnati in MLS League Play

With this win, the finals of this year’s Open Cup is set: RBNY will travel to Children’s Mercy Park and face Sporting Kansas City on September 20th. I’m looking forward to having a beer and hanging with friends– I mean, my RBNY fam.