West (of the Hudson) Side Story 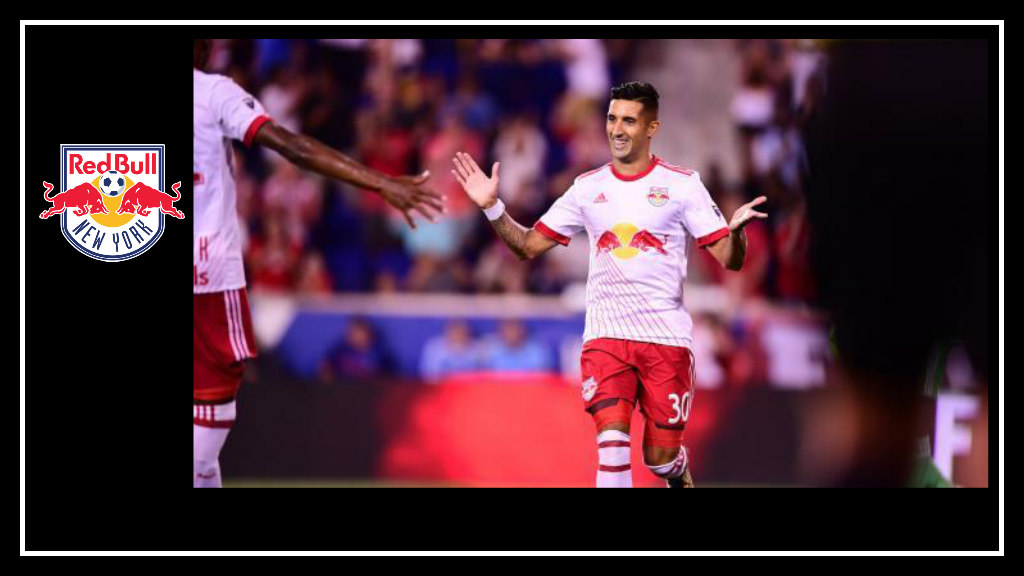 I feel like I was just here a month ago. And again a couple of weeks before that, and again only a few days before that. My Blue Counterpart summed up the feeling quite well.

So, this is basically my last chance to complain about the “rivalry” that is the New York Red Bulls (12-10-3, 39 points) and New York City FC (14-7-5, 47 points). This is a geographical rivalry. Like the New York Giants and New York Jets of gridiron football and the fabled Subway Series of the New York Yankees and the New York Mets. And those have been in place for what feels like forever. Because the NY Metropolitan area is easily large enough to accommodate fans for both teams. But then again, as my favorite Ginger Soccer Philosopher states in a recent ad campaign, “…soccer has supporters. And they’re a different breed entirely.”

Because of the structure of MLS, no one team can blow away the competition with stacked talent, premium accommodation and transport, or exorbitant payroll. So regardless of how heated it can get on the field, when the final whistle blows, everyone on the field shakes hands and exchanges jerseys, because ultimately they are all brothers in the same player’s union. The rivalry belongs to the supporters, who argue the tri-state area can only be one color when, in fact, it has always easily been various shades of several colors.

As I sat in the press box and watched this last installment of the Hudson River Derby, I began to liken it to a completely different rivalry that was much more my speed as a child:

@WhiteZinWench It all began tonight… #RBNY

WON’T BE JUST ANY NIGHT: As soon as the traffic slowed to a crawl 2 miles before the exit to the arena, I knew it was going to be a different game. NYCFC was looking to sweep the series*, and RBNY was not interested in having that occur in their home. Also, the announcement had been made earlier in the week that, due to a scheduling conflict with the Yankees, NYCFC will have to host the Houston Dynamo next month at a stadium in East Hartford, Connecticut.

To be clear, I actually respect that NYCFC feels such a deep connection to the city of New York, and can appreciate the upset many Blue fans have voiced over the change. But since the bulk of the trolling from NYC fans has been geographically based, this was just extremely sweet and low-hanging fruit for Metro fans. The pettiness was turned up to 11, and I am here for that.

Wanted to do what we could to prepare our opposition for their upcoming "home" game… #NYvNYC | #CTisREDtoo pic.twitter.com/LnqL8E7nRP

(*= in league play: I wrote about the Red Bulls eliminating NYC from the Open Cup competition… RBNY is heading to the final in a couple of weeks.)

A BOY LIKE THAT: Usually the conversation during these match-ups centers on Bradley Wright-Phillips and David Villa, who still made their mark on the game with 5 and 3 shots respectively. But it was Sean Davis who really seemed to be leading the charge for RBNY in the first half. His 3 shots and 82% passing accuracy were notable in the first act… I mean, half. Villa could only be credited with an assist with Maximiliano Moralez putting up the goal for NYC in the 56th minute. And when the moment came for RBNY to go to the spot following a foul on Sacha Kljestan, it was Gonzalo Veron who converted the equalizer.

BE COOL: Was there pushing? Tripping? Diving? You’d better believe it. And I ain’t even mad. Three yellow cards (Alexander Ring 19′, Kemar Lawrence 35′, and Rodney Wallace 43′) don’t lie. And it wasn’t like Video-Assisted Refereeing was getting involved apparently. But the majority of the action was just the run of play. And that’s great too. At the end of the day, a lopsided game is what makes for a sad “rivalry”. So, even though the 62% possession from the Red Bulls only resulted in a goal from a penalty kick and only 358 passes from NYCFC was enough for them to score, the balance is what made the draw, the first one in the soon-to-be-acceptable Hudson River Derby.

I LIKE TO BE IN AMERICA: The Red Bulls will face FC Dallas next week while the rest of the world takes an International break for World Cup Qualifiers and Friendlies. RBNY defenders Michael Amir Murillo and Fidel Escobar will once again join the Panamanian team, and congrats to David Villa on his return to the Spanish National Team. Meanwhile, RBNY Reggae Boy Kemar Lawrence is expected to decline the call-up for the Jamaican team’s Friendly against Canada. (My Fantasy team thanks Kemar for this, too.) Also, MLS cathedral Red Bull Arena is hosting the US Men’s National Team as they play Costa Rica. It’s an exciting week for the NY Metropolitan Area.