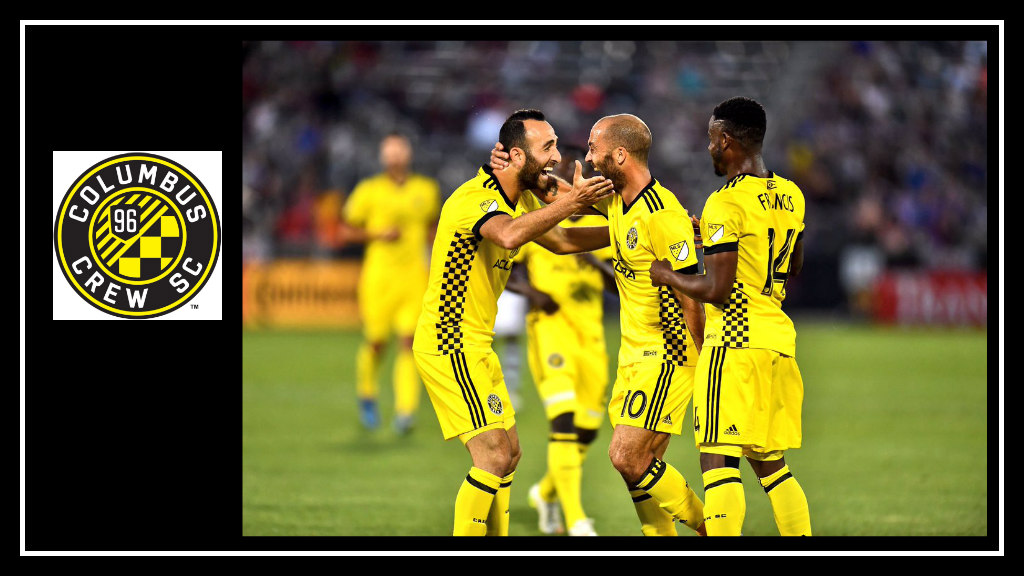 On Saturday night, Columbus Crew SC did what they did not look able to do in the middle of the season—clinch a playoff spot.  What spot they actually finish in is still unknown, but Crew SC will play at least one playoff game during the 2017 MLS season.

Columbus Crew SC won 2-0 against one of their oldest rivals, DC United, who had a familiar face in the net.  Former Crew SC keeper Steve Clark was picked up by DC and faced his former teammates.  There wasn’t a lot Steve could have done to stop Crew SC’s two goals though.

In the first quarter of the game, Crew SC seemed to dominate play.  Josh Williams headed in an Higuain corner kick in the 14’ to score the game’s first goal.  Clark was pretty much left out to dry by his defense who left Josh unmarked.

In the middle of the game, it was much more of a back and forth match, but unlike earlier in the season, I never felt a sense of dread that Crew SC might let DC back into this match.  Their unbeaten streak has given the team a much-needed boost of confidence and camaraderie, which has started to radiate into the stands as well.

This isn’t to say that DC didn’t have their chances, but Zack Steffen continues to make great saves.  I hope that at some point the USMNT take notice of Steffen.

In the 56’, Artur sent a ball across the field toward Jimenez who let the ball go through his legs to Justin Meram.  Meram hit a beauty of a shot into the far side of the goal.  As the ball went toward the goal, I was pretty sure he was going to miss.  I couldn’t have been more wrong, and I don’t think Clark had a chance to save the shot.  I don’t think many keepers could have saved it.

Other thoughts about the match and Crew SC happenings:

TIFOSweat gets a huge shout out for the large TIFO they did to honor Frederico Higuain who had given all of us the impression that this might be his last season in the black and gold.

Pipa’s here to stay. You crushed it, @TIFOSWEAT. RT for your chance to win a 🆓 💇💇‍♂️ from @GreatClips. #CrewSC pic.twitter.com/zbH2otatyR

However, not only did Crew SC clinch the playoffs this week, but they also locked up Pipa for another year.  Did the TIFO play a role in his decision?  No one will ever know, but I’m going to go with yes.  He is essential to this team, as I’ve said all season, so I’m glad to see him back for another year.  Now, we just need to lock up Artur.

You can tell both Pipa and Santos grew up playing soccer with a similar mindset.  They are often at the same place on the field at the same time.

If you had asked me to make a bet at the beginning of the season who I thought our starting center backs would be by the end of the season, I would have lost that bet.  Who would have thought Josh Williams and Mensah would be our center back pairing?  But it works.  They look much more confident than any other pairing we have seen this year.

Finally, I know there was talk on Twitter, and apparently Facebook, about how to handle facing Steve Clark.  Some people wanted to boo him before and after the game and some during the game.  People can obviously do whatever they want to do within reason.    During the game, I laughed when we scored on him and some chanted, “Steve says, ‘Yes!’” as some good-natured ribbing during the game is part of the sport.

However, I was proud that before the game and after the game the fans cheered Steve.  Despite the goal that will live in infamy during the 2015 MLS Cup, Steve was a solid keeper for this team.  He brought spirit and leadership to a team that desperately needed it, and he loved the fans of this club.  Steve Clark will always be a Crew SC player that I respect and who played lights out soccer in a system where the defense in front of him isn’t always a keeper’s best friend.  Despite how much I respect Steve though, I was glad we scored two goals.

After a break in the action, Crew SC picks back up and plays its last two games on the road to see which playoff spot it will actually have.  And I am going to enjoy the journey.