Away Days in Philly 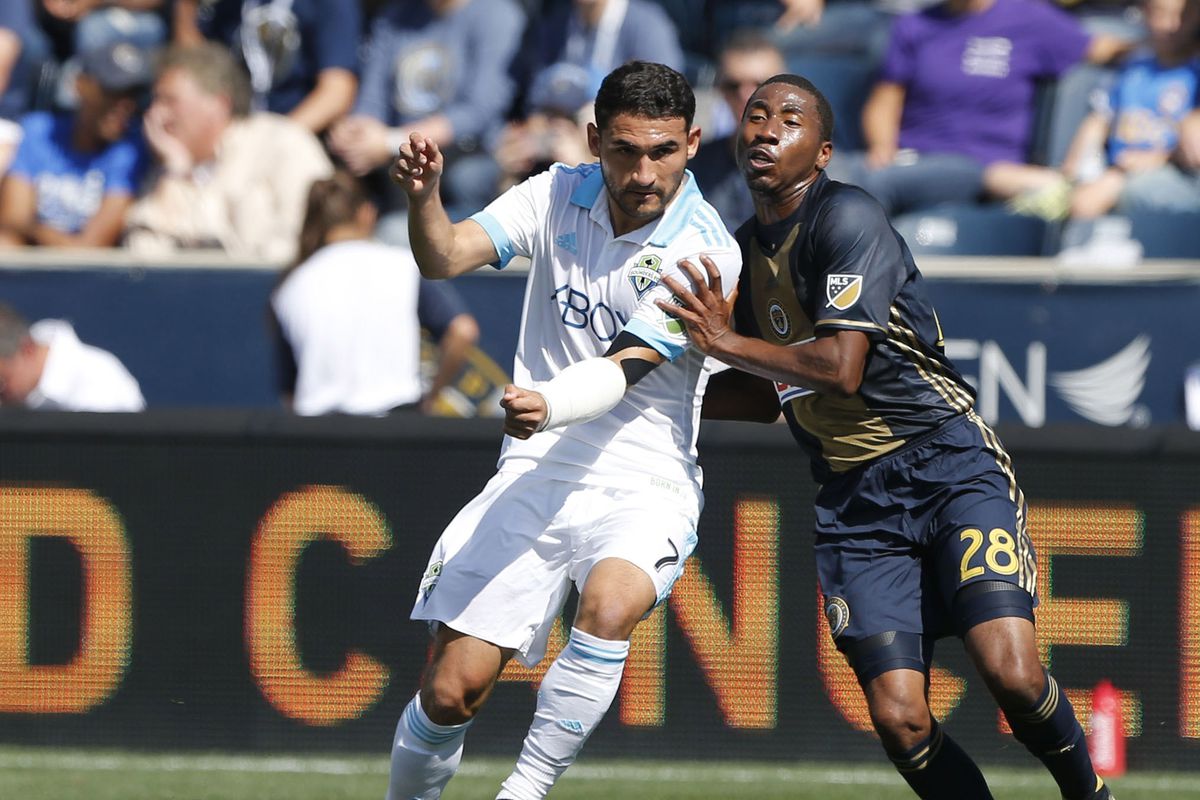 Hi it’s me and I’m writing again! Sunday I woke up and drove up to Philadelphia for my first Sounders game since July 19th! And let me say, those ECS Travel Monkeys are amazing people. 💙💚

It was expected to be a win and a win to send the Seattle Sounders easily floating into their ninth consecutive MLS Cup Playoffs with two games left in the season. But it is the Sounders, and they don’t do anything the easy way. Seattle lost 2-0 against the Philadelphia Union at Talen Energy Stadium Sunday.

If you can allow me to whine for one second, one of the biggest reasons for the loss in my humble  opinion was their makeshift lineup. With Ozzie Alonso, Roman Torres and Jordan Morris all injured, and Victor Rodriguez in Barcelona with his wife to have his baby (happy squeals) the starting Xl was thrown out of whack.

The Union scored in the 28th minute on a goal by Marcus Epps. The score stayed tipped in Philadelphia’s favor into halftime. In hopes to bring another goal-scorer into the game, Brian Schmetzer subbed Clint Dempsey in for Jordy Delem.

While the Sounders tried their hardest to bring one back and the traveling Sounders yelled their loudest to urge them on, the Union’s Roland Alberg scored in the 88th minute to seal their win.

Cristian Roldan (Sounders scrappy-pizza-loving-midfielder) played 80 minutes with a fractured arm, which unfortunately slowed him down and didn’t allow him to play in the scrappy, physical way that he normally does.

The Sounders are currently on a break for the FIFA international break and play their next game on October 15th. The Sounders are in a three way tie for second place in the west and are yet to clinch a playoff spot.