Colorado Rapids – We Got Three!!! 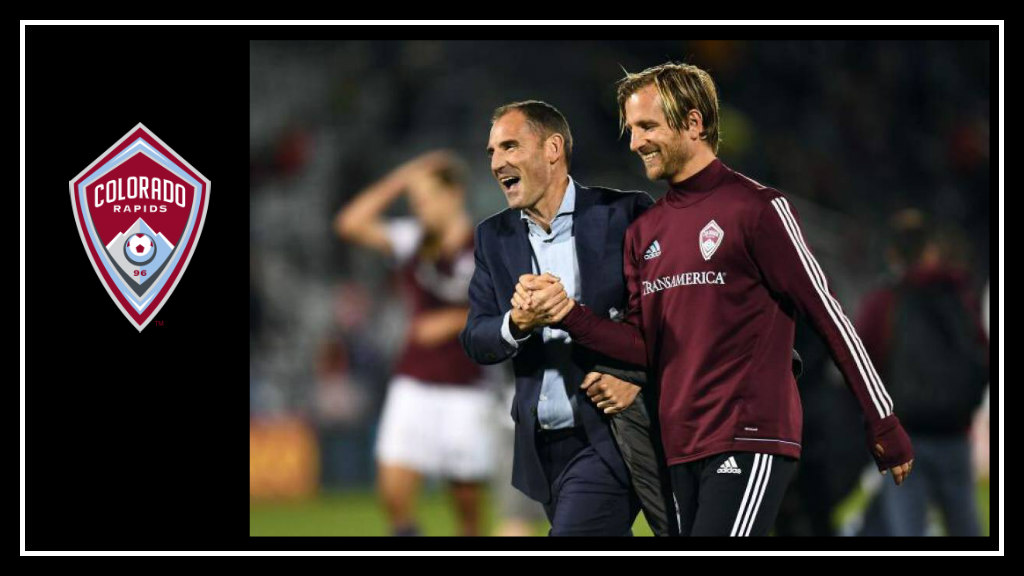 Y’all. We did it. We finally got three points this weekend against the Montreal Impact. I don’t think I’ve held my breath that much since the USA/Honduras World Cup Qualifier last month. I walked out of Dick’s Sporting Goods Park with a huge smile on my face, taking deep breaths, and telling my dad how good it felt to have a win. The truth is, this was easily the weirdest soccer game I have ever witnessed.

The first half saw Stefan Aigner getting his first home start of the season as the 10 alongside Marlon Hairston’s 7 and Joshua Gatt’s 11 with Dominique Badji up top. At 9 minutes in, Jared Watts got the first red card of the game thanks to the VAR. It was the right call. He slid into Chris Duvall’s ankle, studs up, in attempt on the ball. It was a bad decision on Watts’ part.

At this point in the game, the Colorado Rapids formation had to change from a 4-2-3-1 to a 4-4-1 to accommodate for the now missing 8. Duvall was subbed out and the game restarted with 10 Rapids players to Montreal’s 11. Montreal’s Daniel Lovitz got the second red card of the game thanks to a stupid decision. Rapids defender, Mike Da Fonte went up for a header against Lovitz and ended up on the ground. As he was getting up, Lovitz stepped through and kneed him in the ribs. From my understanding of FIFA rules, the ref probably considered this a use of excessive force which would be why he was sent off.

As if two red cards in the first half weren’t weird enough, the ref whistled play dead and restarted with a drop ball when he lost track of the ball in the 41st minute. The fourth official indicated that there would be four minutes of stoppage time and in the second minute of that stoppage time, Aigner found the back of the net for his first career MLS goal. From the review of the play, Aigner moved from an offside to an onside position with a little stutter step which put him right in line with Mekeil Williams’ pass.

The first of many from Stefan Aigner in a Rapids uniform 🔥#Rapids96 | #COLvMTL pic.twitter.com/OWnn7xfhyv

At the 46th minute, the Rapids used their first sub of the game and replaced Mike Da Fonte with Nana Boateng. Kort Ford got his first yellow in the 47th minute, followed by VAR coming to the Rapids rescue in the 51st minute. Hairston takes down Ignacio Piatti in the box and the ref called a PK. The play went to VAR which showed that Hairston made contact with the ball and the PK is overturned.

That relief was short lived as Mateo Mancosu got the equalizer in the 61st minute. Axel Sjöberg missed his opportunity to stop the goal when he turned to the side and let Mancosu go right past him. The shot was unsaveable because it went into the top corner of the net, just over Tim Howard’s fingertips. At this point in the game, both teams were playing with ten men on the field, Montreal used all of their subs, and Colorado used 2 of their 3.

Michael Azira caught his ankle on the grass just wrong and it folded underneath of him. Mohammed Saeid came in as the Rapids third and final substitution. Two minutes later, Alan Gordon scored the game winner and got a yellow card for excessive celebration.

Shortly thereafter, Boateng saw an incredible attempt on Montreal’s goal, from the top of the Rapids’ box, go just wide by a couple of feet at most. The weirdness continued when Montreal went down to 9 men after Piatti twisted his knee and dropped to the ground with no players around him. After playing 89 minutes, Deian Bolder was shown off the field by the center referee because he forgot his shin guards. Mekeil Williams went down on the opposite side of the field with an ankle injury and had to leave in stoppage time.

Both teams ended the game with 9 players, but the Rapids came away with the win and 3 points. We finally moved ahead of LA Galaxy in the league standings thanks to a late goal by Kyle Beckerman to cause a draw between Real Salt Lake and L. A. The Rapids will face FC Dallas at DSG Park on Saturday, October 7th.