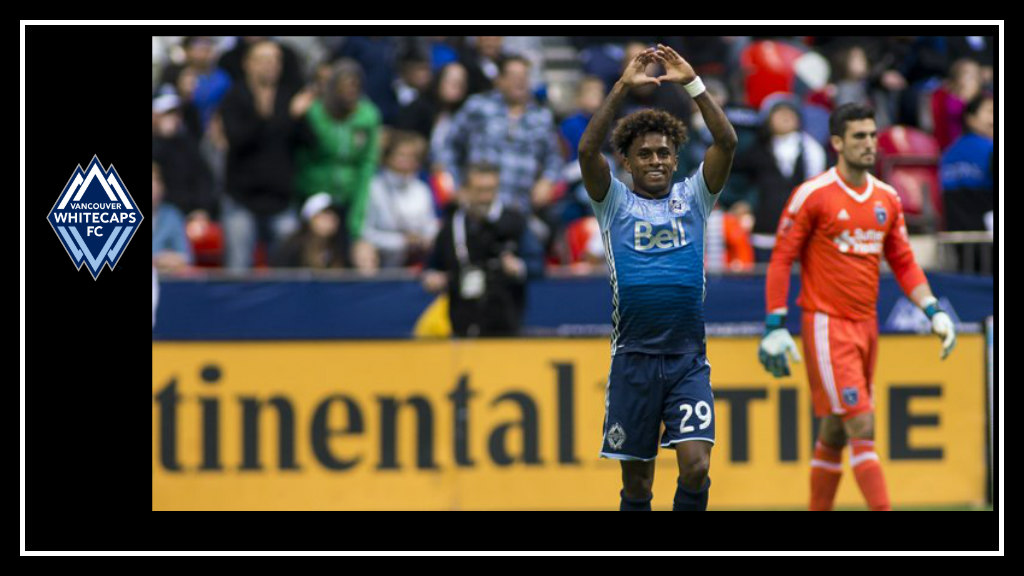 As the season closes in, the Vancouver Whitecaps have wound their way through almost every spot in the standings. Considering this, their play has also represented all of these standings. We have seen them go toe-to-toe with New York City FC, summoning a fire within that brought even the harshest winds to their adversaries. We have also seen them struggle with chemistry, an ever changing starting lineup, and missing PKs that should have been meticulously placed in one of the four corners of the net.

As the San Jose Earthquakes came to town, we once again saw the on again, off again Whitecaps. With a rather slow and unenthusiastic beginning to the game, we saw a goal from Yordy Reyna (Rayna Terror we call them) in the 29th minute that catalysed the entire team. The effect was immediate, the goal was a team effort touching almost all positions on the pitch.

Most of the game was mediocre by the Whitecaps, though we saw some great attacking plays that just didn’t fall. For me, someone who loves to see some playmaking, I felt like we put more pressure on their back end with runs and finding space rather than our usual long ball over the top that gets sent right back. Honestly, I like the way the attacking half was playing.

The Quakes came back with a goal in the 77th min by Valeri Qazaishvili. A devastating blow to the ‘Caps ability to clinch first place in the West.

Most of what we talk about happens to be goals, so I wanted to give a shout out to Andrew Tarbell and Stefan Marinović who were both magnificent in goal. It really was a delight to watch them both.

A closer look at the standings in the Western Conference. https://t.co/oDrXxtShRL

Now we work to defeat the Portland Timbers who are going to go in strong in this last game of the regular season. So much rides on this last game. Pride in rival games, first place, and home field advantage going into the playoffs. We need the mids to be stronger, faster, and more accurate with their ball skills.  We need the forwards to continue firing at the net. We need to defeat the Timbers! It’s time to #riseupraincity