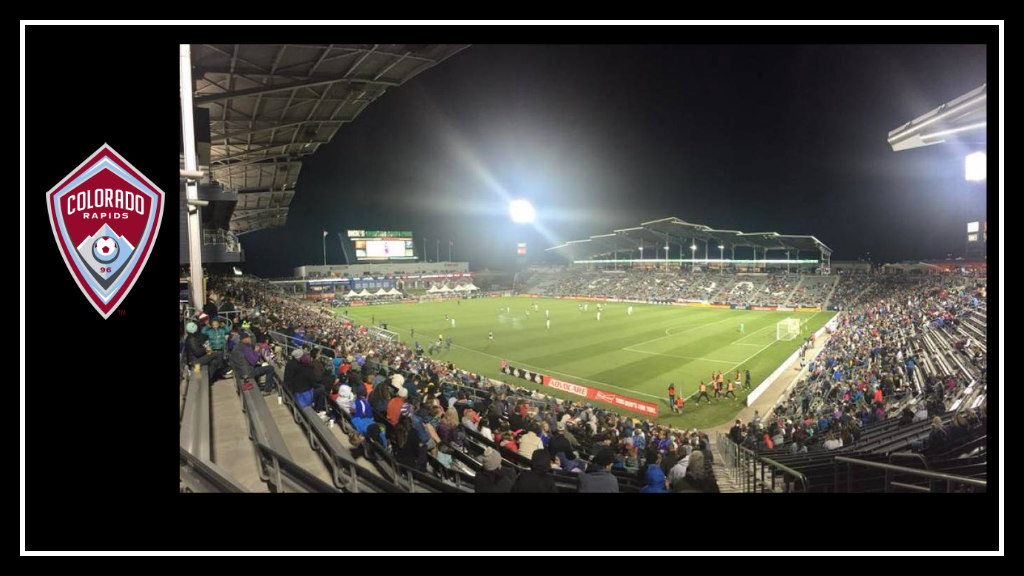 Do you know what part of the reason why Real Salt Lake isn’t in the playoffs is? Us. The Colorado Rapids. We spoiled their post season hopes with a 1-0 win. The last home game of the season was on a beautiful, sunny day at Dick’s Sporting Goods Park. The opposing team’s supporters section was more packed than I have seen it all year and was the loudest that I have heard it all year as well.

The half opened with a quick goal when Josh Gatt put in his second goal in his MLS career at the three minute mark. (A record, by the way, as the fastest goal that the Rapids scored this season.) He quickly ran to the corner flag in front of the away supporter’s section and rode it like a horse in celebration.

Stefan Aigner drew a free kick just two minutes later off of what was a dive. (Watching the footage a few times over showed that he wasn’t actually touched by the RSL player.) This would be Aigner’s theme of the night. Tim Howard seemed to be back in the form we’re used to seeing from him that night as he made save after save look effortless.

24′ – Close call as Howard and Hairston combine to keep RSL off the board.

Marlon Hairston reminded me why he’s one of my favorites as he backed up Howard in the 23rd minute to stop an attempt on goal by Plata. Unfortunately, just after that Badji got carded after turning into RSL’s Tony Beltran with his hip. Beltran had to leave the game with an injury at this point.

Let’s talk about these refs for a second. They were awful. Right after the Rapids got their first corner kick of the game, Alan Gordon gets fouled. Albert Rusnák came in with his studs up and stomped on Gordon’s foot. Gordon hobbled back on to the field and continued playing for another ten minutes before he was finally subbed out.

The center ref, Armando Villareal, never called it. His line judges could not seem to figure out what off side really meant either. The fourth referee stopped Mohammed Saied from taking a throw in during the 87th minute and had Mike DaFonte take the throw instead. Nana Boateng picked up a yellow card in the fourth minute of extra time for kicking the ball away out of frustration.

This guy loves to score against @RealSaltLake!

The Colorado Rapids ended their season at home with an at home record of 7-5-4. Their final game comes on October 22, 2017 against the Seattle Sounders in Seattle.