Home Stretch for the Portland Timbers 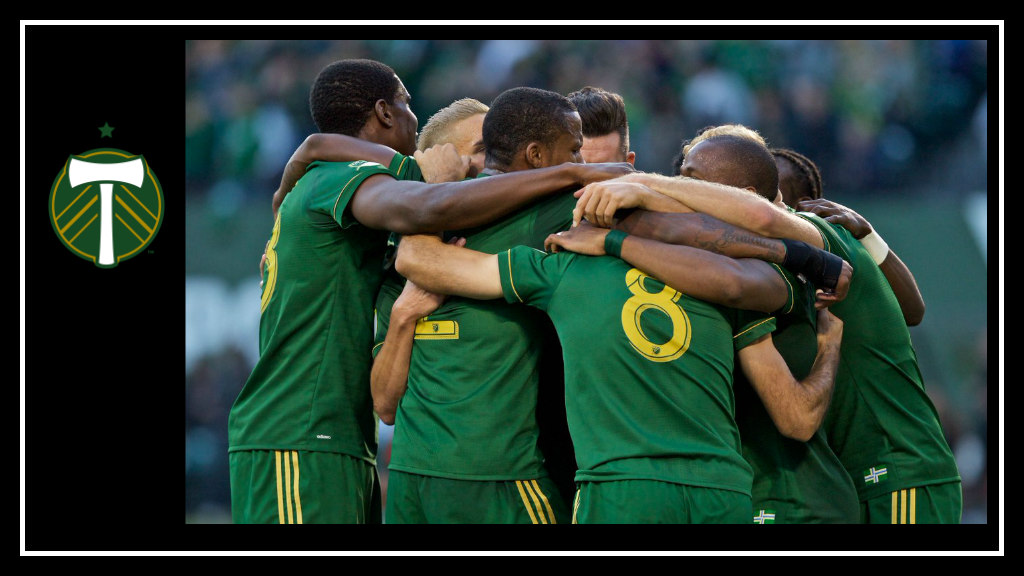 As of this past Sunday, the Western Conference was still anybody’s for the taking. And even now, it’s down to the wire in the west. Coming into the final week of regular season matches we STILL don’t know who will finish on top, and there is even one playoff spot yet to be decided. I think this actual screen shot from awhile back sums it up best:

The Portland Timbers definitely had some other results fall their way this weekend. Thanks to both the Vancouver Whitecaps and Sporting KC drawing on Sunday against their respective opponents, and with their final two games at home, Portland was poised to make up some ground in the table in their matchup last Sunday against hapless DC United. My only fear going into the game was that perhaps the boys would overlook this match in expectation of the showdown next weekend against Vancouver. Fortunately, while it took them a half to get sorted, the Timbers took care of business, at times in spectacular fashion.

The first half was mostly less than remarkable. While the Timbers had most of the chances, DCU did a serviceable job of frustrating the Timbers’ offense, leading to presses that went nowhere in the final third for most of the half. And then…

Welcome to your nightmare

Poor Steve Clark. He had already been on the receiving end of the fastest goal scored in MLS Cup history when he played for Columbus Crew in 2015, thanks to an all-too-casual back pass from a Crew teammate that Diego Valeri scooped up and sent to the back of the net in the 27th second of MLS Cup final that year. History repeated itself for Clark when Chris Korb sent him an errant back pass, which Darren Mattocks was ready to pounce on. Clark had no choice but to take down Mattocks, which earned Clark a yellow and earned the Timbers a penalty kick, which the maestro coolly slotted home for a 1-0 lead going into the half.

Off to the races

Once the Timbers had scored, DC United was forced to come out of their defensive stance a bit in the second half, and the Timbers made them pay. At 50′, Valeri spotted Alvas Powell open on the right and switch played the ball to him at the top of the 18.

I will readily admit that not five minutes before this, I had been grousing to a seatmate, wondering why Powell was starting and not Zarek Valentin. I’ve talked plenty here about the “That’s So Alvas” show, about Powell’s tendencies to follow a brilliant defensive maneuver by a laughable giveaway, sometimes within seconds of each other. And I thought Valentin had earned the starting spot with his consistent performance over the last stretch of games. I had theorized that maybe putting Mattocks and Powell in the game was just to build their confidence before a possible playoff run or something.

And then Powell did this and shut me up:

I watched that shot sail off Powell’s left foot and into the back of the net and my jaw dropped just a little. I still like Valentin for consistency, but my goodness, Powell nailed it.

As stunning as Powell’s score was, the next one was my goal of the match. Check out Valeri’s work with Sebastian Blanco here at 60′:

I saw it unfold right in front of me, and I still couldn’t believe the magic I had just witnessed: Valeri’s three juggles to maintain possession and get the perfect touch on the ball; the tap to Blanco, who took two quick touches and tapped it back to Valeri, who one-touched it back to Blanco, whose next touch was a brilliant strike to the top of the far corner of the net. The beautiful game, indeed.

Blanco sealed the deal at 86′ with brilliant solo work threading through several defenders, including Clark:

It was a beautiful second half of footy from the Timbers. A Chilean friend next to me watching the match watched as the boys moved quickly through a series of quick, short, one-touch passes, tilted his head and observed almost quizzically, “Tiki…taka?”

I know, right? Who’d have thought it from watching us earlier this season?

Next Sunday is for all the marbles. If we tie or lose, we will ensure that the Cascadia Cup goes to our hated rivals, the Sounders, and we will finish somewhere between 2nd and 4th in the West, depending on all kinds of scenarios involving a bunch of other teams.

If we win, though…

We know from experience that you can go all the way from a knockout round to the Cup, so a tie or even a loss will see us through. But I know the simplest scenario:

See you all next Sunday, folks!

One thought on “Home Stretch for the Portland Timbers”