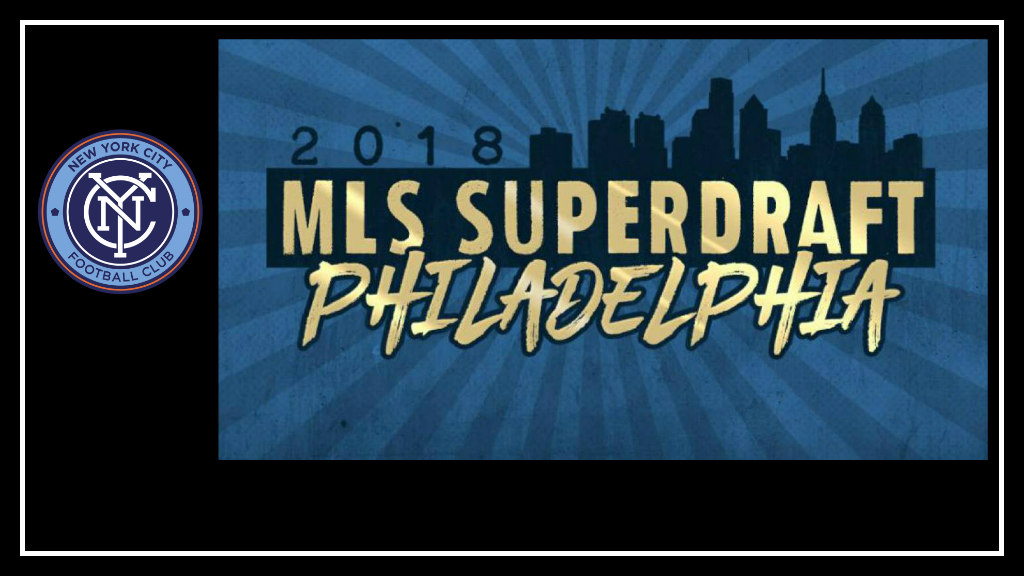 This Friday the MLS SuperDraft commences in Philadelphia.  Although the SuperDraft’s importance has likely decreased in comparison to youth academies and foreign player signings, especially at New York City FC, it still is an important piece of the MLS team composition puzzle.

The SuperDraft began in 2000 and was a major avenue for teams to acquire talent.  Utilizing a draft is, of course, unique among soccer leagues worldwide but very common in American sports. In fact, the MLS’s format is very similar to the NFL’s draft.  Players are eligible to be drafted if they played for an NCAA team and are not part of an academy system.

The SuperDraft follows a player Combine which is an event to give these players the opportunity to show off their skills and coachability.  This year the Combine was held in Orlando at Orlando City SC’s stomping grounds.

The event is comprised of four rounds with each team getting one pick per round.  So, this year, each round will contain 23 picks for a total of 92 players being selected.  The order in which a team picks is based on how they finished the prior season, with the “less successful” teams being able to pick players earlier each round than teams who went into the postseason, with expansion teams picking first.

In 2018, expansion team Los Angeles FC will get #1 draft pick each round.  Due to NYCFC’s 2017 Conference Semi-final finish, we have the 19th pick in each round.  We have an additional draft pick in the 3rd round that we acquired by trading RJ Allen to Orlando.  As it stands now, we pick 19th (first round), 42nd (2nd round), both 52nd and 65th (third round) and 88th (fourth round).

While the draft is still potentially a source of talent for MLS teams in general, arguably NYCFC’s most productive SuperDraft was in 2016 when we never actually drafted a player.  Jack Harrison was selected as the #1 pick by Chicago Fire but minutes later, they traded him to NYCFC for their #4 pick and General Allocation Money.  In the second round, we traded our pick to Montreal Impact for Mr. Mustache himself, Jeb Brovsky.  Third round, we traded our pick to FC Dallas for Andrew Jacobson and finally in the fourth round we acquired Kwame Watson-Sirboe in a trade to Real Salt Lake.

While the lasting impact of the final three players (mustaches withstanding) was minimal, “Jack Flash” has been an integral part of the team from the second he overcame his fractured pelvis, an injury that was announced right after the 2016 draft.

With the growth of the US academy system, who knows how long the SuperDraft will continue to exist.  For international soccer fans, it seems like an anomaly, yet it does maintain an element of tradition to tie it in with other US sports and may be hard to relinquish. Plus, until the preseason games kickoff next month, the draft provides us with some soccer news and a few new names to learn.