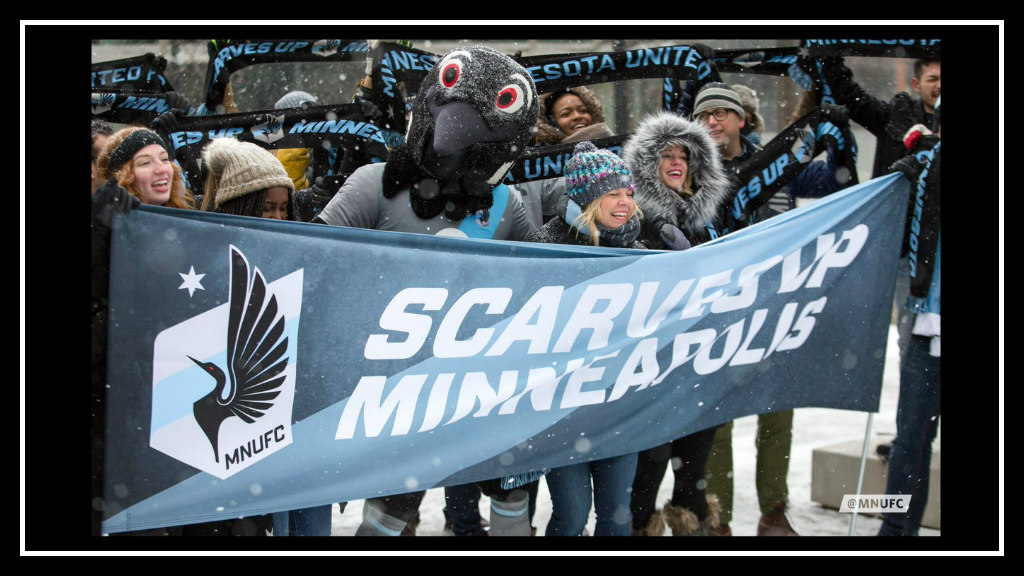 Is the north rising? Or is it restless? Throughout Minnesota United FC‘s inaugural MLS season, the short buildup between the end of the 2016 NASL season and the start of the 2017 MLS season was a logical scapegoat for the squad’s slow development.

This offseason was expected to be more fluid, but instead United seems to be going through the same growing pains. With players set to report to preseason training on January 22, just three signings have been announced to replenish a roster reduced by a number of postseason cuts.

The first newcomer, acquired from Atlanta United during the half-day trade window in December, was midfielder Harrison Heath. While Heath featured very little during his time with Atlanta, he is well known to Minnesota’s gaffer – He is coach Adrian Heath‘s son. Days later, during the re-entry draft, MNUFC picked up another Five Striper, right-back Tyrone Mears. It is hoped that Mears’ MLS and EPL experience will shore up a backline that struggled in 2017.

Then, after another month of inactivity, new CEO Chris Wright dangled a carrot in front of news-starved fans at the Dark Clouds Supporters Summit on January 8. He said that the signing of a player who had featured on an international squad would be announced by the end of the week, followed the next week by another of that player’s countrymen. Enter Frantz Pangop.

The 24-year-old has two international caps and one goal for Cameroon and featured for hometown side Union Douala. While a collective groan rose from fans when they learned the first international signing of the offseason was an attacking mid (“Another winger!?”), Pangop’s highlight film shows he is equally comfortable on either side of the pitch and doesn’t shy away from dribbling through traffic.

Speculation about which of Pangop’s Cameroonian teammates will be joining him runs rampant, but the expected announcement appears to have been delayed until after the SuperDraft.

In light of this painfully long and uneventful offseason, one piece of news greatly boosted the morale of longtime United fans. Forward Christian Ramirez was finally called up to the US Mens’ National Team to train for the January 28 friendly against Bosnia-Herzegovina.

Ramirez, an NASL Golden Boot winner, was one of a handful of players to stay with United during the move up to MLS. After his teammate and close friend, Miguel Ibarra made appearances with USMNT in 2015 and 2016, Ramirez’s turn has been expected by fans for some time and the 26-year-old striker is committed to making the most of this opportunity.

A player from MNUFC’s Academy program also looks to make his mark on the national stage. Goalkeeper Fred Emmings was called up to the U-15 Youth National Team’s training camp in Florida.

Whether we are rising or restless, you know what? We’re still just happy to be here and March cannot come soon enough. Neither can a full roster.