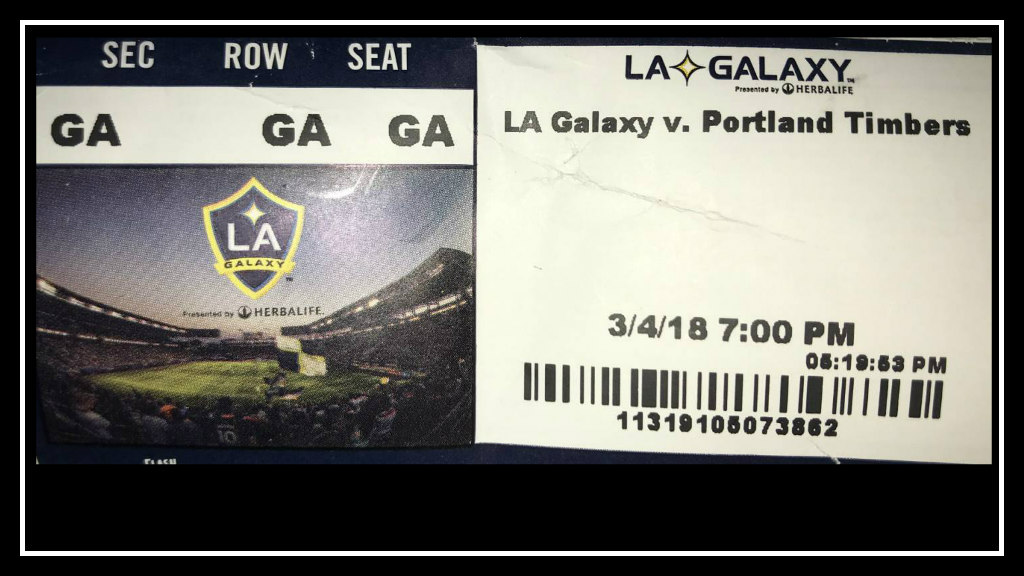 The Los Angeles Galaxy are back! Home opener at StubHub center vs the Portland Timbers.

Six foreign friends and I waited in anticipation in our chilly seats behind the goal in GA. They compared US soccer to their countries in Europe and South America based on the warm-ups. I wanted them to be impressed and to show them that the MLS can hang in the world of soccer.

A banner then rolled out over us right before the national anthem. The Angel City Brigade clapped rhythmically, waved their flags, and beat their drums.  Familiar chants roared across the field. Despite being sick with a cold, I cheered right along. Needless to say, we were stoked before the game was even underway. 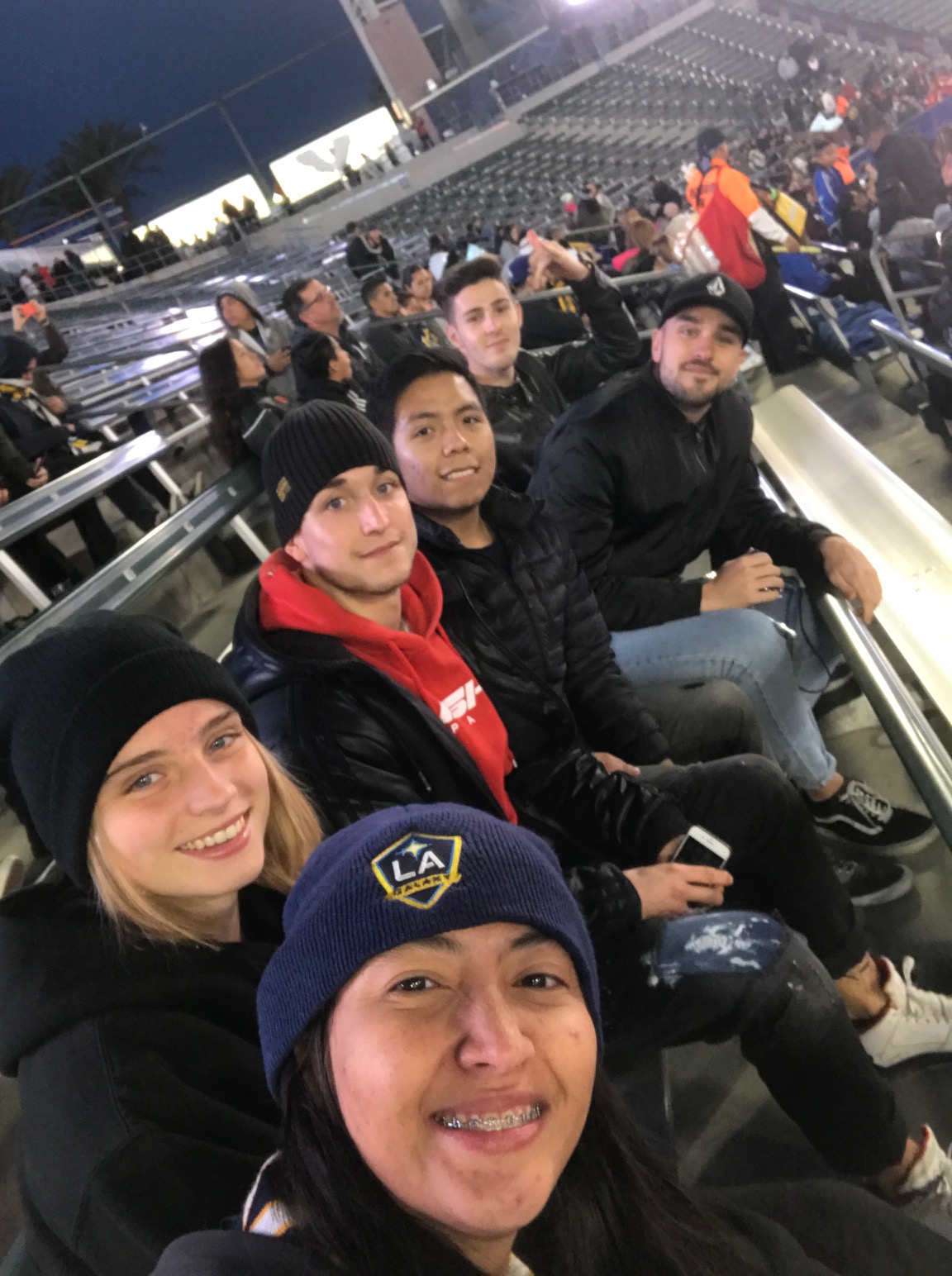 The first half was dominated by the LA Galaxy. It belonged to them.

Both goals were scored in that half. A rather messy goal that was Kamara’s debut where he literally fell into scoring as a Portland defender pushed him from behind, knocking him over the keeper, but the ball was in at the 31st minute.The crowd went wild.

Goal #2 came two minutes later when Alessandrini scored after a second attempt as the ball came off the post when he slid onto his side, got back up and kicked it in. He was quick and determined.

Alessandrini went out after he pulled up with what looked like a right hamstring strain in the 60th minute. Chris Pontius entered the game. We started to come loose at the seams.  Portland had plenty of chances and often times too much space as seen in the second half, such as when Sebastián Blanco was able to score making it 2-1 by the 66th minute.

Giovani Dos Santos was subbed out in the 72nd minute and finally, Sebastian Lletget, who fans had been calling for, came in.  Lletget brought speed and was fearless as he challenged two to three Portland defenders at a time to win back the ball.

In the 83rd minute of the game, Ema Boateng exited and Servando Carrasco came on for the Galaxy. Another change that altered the dynamic of the team.

There’s currently not an update on Alessandrini from coach Sigi Schmid. Wishing him well, especially since he and Boateng are key players. Once they exited the game, we had trouble keeping it together, we needed to keep calm and play through difficult maneuvers from the other team.

We needed to defend and not worry about scoring. The Dos Santos brothers made good runs for the most part. That said, Ciani has the most improvement with great attack and defense.

This LA team in the preseason gave plenty of concerns and there were plenty of times throughout this match that had me asking so many questions (most of them were calls made or not made by the ref).  There’s always room for improvement. Still, The Galaxy deserved this win. They earned it in front of 25,462 fans. This kind of comeback is what I was hoping for and what this club needed.

Overall, our defense was exceptional as well as our attack. We also regained possession quickly. We looked and played the best we’ve been in a long while. This is LA. This is my team. This is the way to come back and open at home.