So that happened to ATLUTD… 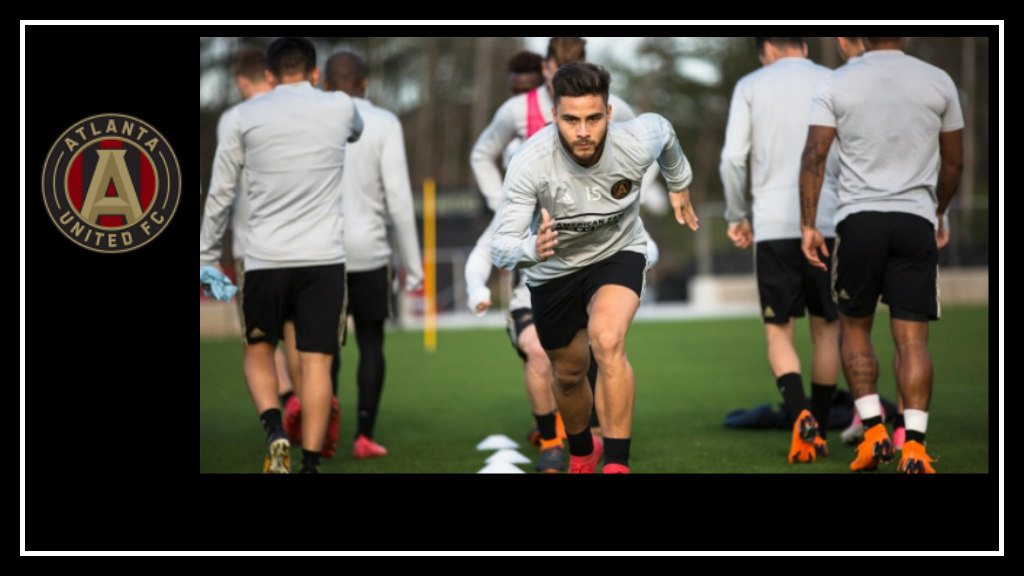 Atlanta United‘s preseason was…not ideal. They managed a single win against soon-to-be MLS rival Nashville SC in some crazy weather conditions and then a loss (vs Columbus Crew) and two draws (MNUFC and USL side Charleston Battery) during the Carolina Challenge Cup in Charleston, SC.

During the week between the final game in Charleston and our first regular season game at Houston, it was announced that our brand new toy, Ezequiel Barco, sustained a quad injury in training and would be out for 4-6 weeks. This brought back nightmares to the ATLUTD faithful, as Josef Martinez suffered a similar injury early in the 2017 season while playing for the Venezuelan national team.

Barco’s injury and the fact that Michael Parkhurst was still recovering from an injury forced coach Tata Martino to make some pretty big changes in the lineup for the Houston Dynamo game.

Miguel Almiron, who has made the most impact at central attacking midfielder was pushed out to the left to cover for Barco. 2017 MLS Rookie of the Year Julian Gressel was slotted in to replace Almiron, Chris McCann was added as a defensive midfielder, and Jeff Larentowicz was pushed back to center back to replace Parkhurst.

This was, however, our first regular-season lineup with offseason acquisition Darlington Nagbe in it. We saw some lovely things from him in the preseason, but this game didn’t go as well for him – or any of the midfielders or CBs, for that matter.

It pains me to say this, but Leandro Gonzalez Pirez probably played his worst game ever. He ended up with a yellow card (Despite saying he was trying to get fewer cards this year; not such a great start there, LGP) was subbed out late in the first half with a hip contusion.

Maybe he was still hungover from his birthday celebration earlier in the week? Or he was distracted by the fact that he’s going to be a first-time dad later this year? I don’t know what got into him, but he was not himself this weekend and while ATLUTD is reporting that he’s day-to-day (did not practice on Tuesday) with this hip contusion, he could easily be out for 1-2 weeks or more.

While our list of injured players grew longer, at least our defense managed to shore itself up in the second half of the game on Saturday. After giving up four goals (!!) to Houston in the first half, the second half was scoreless. This is the first time ATLUTD fans have been on this side of a score like that. And it was not fun. My social media timelines were not a pleasant place to be on Sunday.

Thankfully, it was just the first game of the season. We have 33 more games to go and I have faith that they’ll figure it out soon enough.

Here’s an interesting stat for folks who may want to overreact to some of the opening weekend’s #MLS results: None of the past 4 MLS Cup champions won their season opener in their title season (0-2-2). In fact, none of them even scored a goal.

In the meantime, we have our first home game of the season to look forward to (or not) this Sunday vs the only team that got the best of us three times (*angry emoji*) last season, DC United. DCU snuck around during the offseason and picked up Yamil Asad on loan from Velez Sarsfield in Argentina.

If you read any of my columns last year, you’ll know Asad was a fan favorite here in Atlanta in 2017. He will always be remembered for scoring the very first regular season ATLUTD goal and throwing ‘bows out on the field early in the season. He even went on to score DCU’s first goal of the season last week at Orlando (ha!).

ATLUTD take on DC United this Sunday, 3/11 at 3pm ET at home in front of a potentially record-breaking (again) crowd. The upper level will be open, which means 70k+ in attendance at the Mercedes-Benz Stadium.