A Long-Distance Relationship With My Team 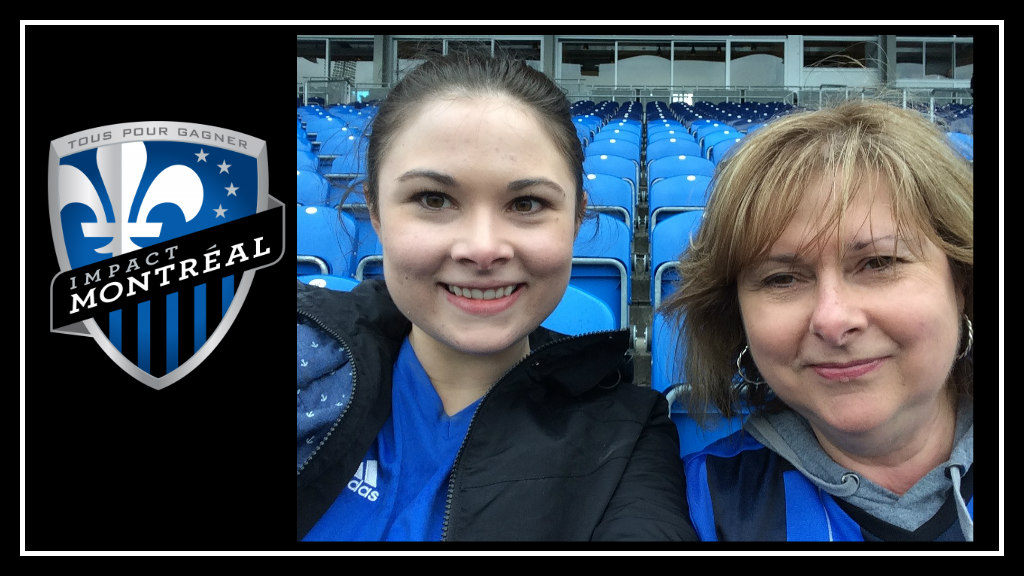 Get to know me

I’m Eve. I’m a teacher who lives in small-town New Brunswick, Canada. I am one of the two Montréal Impact fans that I know here (the other one is my mom!). How on Earth did a girl from a small-town Hockeyville come to be a diehard Bleu-Blanc-Noir supporter?

I come from soccer fan stock – my father and brother are lifelong supporters of Manchester United. Nothing about their shiny, faraway team with its sleekly coiffed superstars spoke to me though. So I watched the EPL, and World Cups, with the vague appreciation of a neutral.

My family had been aware of the Impact’s existence for some time, even before they joined MLS, due to my brother’s travels with our provincial soccer team. However, we lived in NB, and team’s matches weren’t broadcast on a network we received … So they kind of fell off the radar for us.

Then came Didier Drogba. I wish my story were more inspiring or exciting, but instead, it makes me cringe a little. My mother has her own version of a “Fantasy Football Team”. Dear reader, I’ll spare you the details, but it is comprised of veteran/retired players whom she adores. Drogba just so happens to be a part of her Fantasy XI and when news of his arrival in Montréal reached even our little corner of NB, she found a way to watch him.

It’s hard to describe what happened the first time I tuned in while on the couch one September evening. Maybe my mother’s girlish excitement was contagious, or maybe it was my own “coup de foudre”. I found myself actively cheering for the Impact.

I distinctly recall that game – it was Drogba’s first start, and his first hat-trick for the Impact. Although that was obviously quite an important part of the match, I recall so much more. Piatti and Romero lighting up the attack, the ever-classy Justin Mapp orchestrating midfield attacks, the drama of the back-and-forth scoreline.

I was more than interested, I was invested. And when Bernier scored in the knockout round win over Toronto FC and tore off to the sideline clutching the crest on his jersey, I fell in love.

Since that late summer night, I have lived, eaten and breathed Bleu-Blanc-Noir. I have given up most Saturday night socialization in favour of watching matches on TV with my mom. We have made three trips together to watch the team play (including one across the country), with another planned for this summer.

I’ve made great friends and found a place for myself in the #IMFC community on social media and am so excited to share my thoughts and feelings on my team via this new platform.

Featured image of mom and me courtesy: Eve Powell

One thought on “A Long-Distance Relationship With My Team”