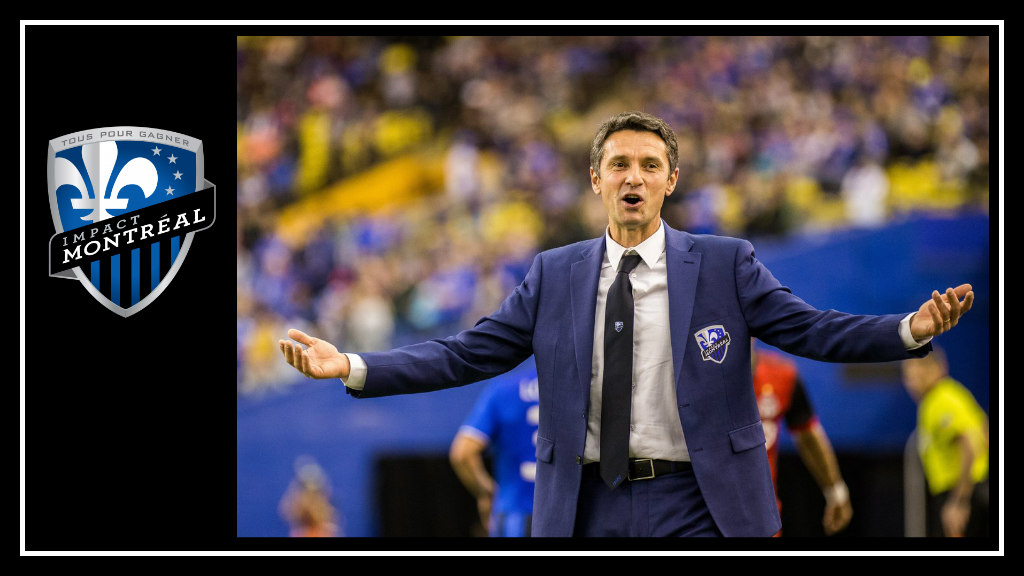 The Montréal Impact opened their 2018 season as many new faces began their journey with the team. It was clear the players were still getting to know each other, and that new manager Rémi Garde was still getting to know the league. On Saturday, they returned to Olympic Stadium, to play the home opener against none other than their arch nemesis, Toronto FC.

What the Impact had shown so far in 2018 was that they needed to concede a goal or two to begin competing with their opponent. Many fans feared that if the Bleu-Blanc-Noir allowed TFC’s formidable attack to launch wave upon wave of offensive maneuvers, that the home side would be made to pay early and often.

Everything about the game came as a surprise – including the team formation. Garde presented a 3-5-2 with 36-year-old Rod Fanni making his début. Fans of the Impact were surely haunted by memories of experiments with such a formation last year, however, Garde had a plan to even out the numbers in the midfield.

Saturday’s match was certainly physical as was the case in many previous Canadian Classico clashes, yet the match began with the teams feeling each other out tactically. It quickly became obvious that the Impact was willing to concede possession in favour of regrouping and choosing opportune moments to step in and start a counter-attack.

Fanni demonstrated an aptitude for taking on Jozy Altidore and Sebastian Giovinco without the same complex that has plagued former Impact players. Samuel Piette made a series of wonderful interceptions to poke the ball from the toes of Giovinco and Bradley. Saphir Taider developed a solid partnership with Piette and the two were largely responsible for launching counter-attacks.

In the 40th minute, Piette robbed TFC skipper Michael Bradley of possession. The ball was quickly played to Taider, who passed it to Piatti who did what he does best: dribbling at defenders and drawing players to him like moths to a flame. This left Vargas space to shoot from the top of the box and score the lone goal which would determine the outcome of the game.

Jeisson Vargas opens the scoring for #IMFC at the Big O! Ignacio Piatti ran at the #TFC defense and played it to Vargas, who scored his first Montreal goal with a deflected strike! #TFCLive #MLS #MTLvTOR pic.twitter.com/rTAgTtpMJg

The Impact’s lack of finishing meant that a few other opportunities to put the game to bed went unclaimed, and early in the second half, Greg Vanney made some adjustments to TFC’s formation, allowing the visitors to further dominate possession and set up camp in the Impact’s half.

That is not to say that the game was won after Vargas’ goal! Although the Impact’s defense seemed to jell really well, Evan Bush still made several saves. In the greatest “heart-in-throat” moment of the match, Bush got a hand to Altidore’s strike, however, the ball was still trickling behind him. Michael Petrasso saved the day, and the three points, with a goal-line clearance.

So close for #TFC! Nice move and shot by Altidore, but Bush got a hand on it and Petrasso cleared it off the line before Hasler could get there! #IMFC trying to hold onto their 1-0 lead, under a lot of pressure now. #TFCLive #MTLvTOR pic.twitter.com/pNptnRIxoB

It was sweet to finally taste the first victory of the season, and all the sweeter coming at the expense of a bitter rival.

Although the Impact spent a good portion of Saturday’s match on the defensive, there was clear intent behind Garde’s choices. TFC players and fans may claim a CCL hangover handed the Impact the win, but undoubtedly those who identify with the Bleu-Blanc-Noir will feel reassured that things are heading in the right direction.

Next on the calendar: Due to the FIFA break, no match until Saturday, March 31st, when the Impact will make another cross-continent trip to Seattle to face the Sounders.