#WeAreNYCFC. I’ve got all my sisters with me. 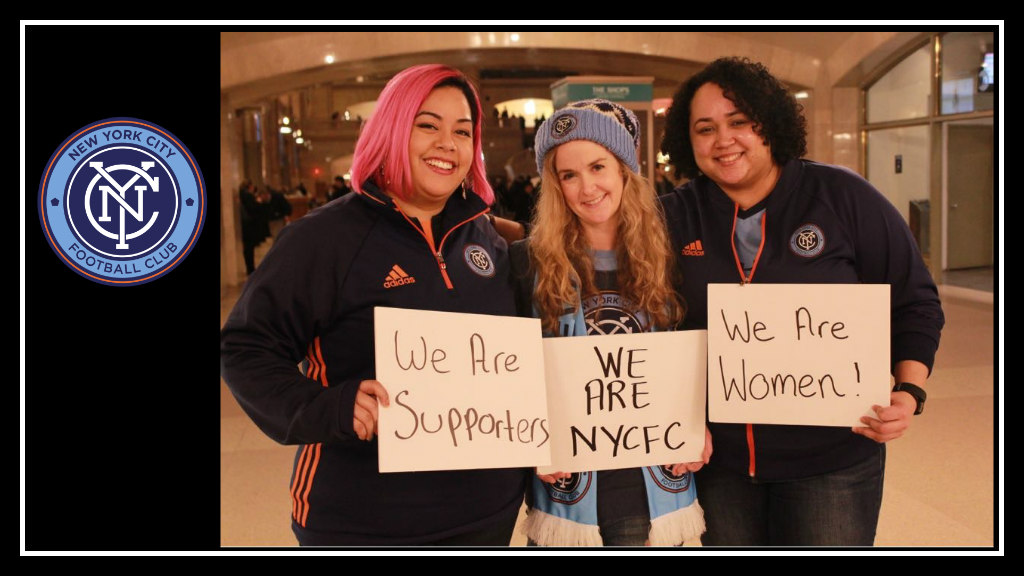 New York City Football Club’s 2018 season is off to a cracking start with three wins and one draw, all while missing important starting players over multiple games.  One thing never lacking from any matches is the fan energy. Last Saturday, two busloads and many cars full of fans traveled up to Gillette Stadium in Massachusetts to watch their beloved team take on the New England Revolution.

Tisha Gale MacCollum is one such supporter whose love for soccer is evident in almost everything she does.  She has spent her entire life watching and playing soccer, including a short stint playing for the St Vincent’s and Grenadines Women’s U19 team.  For the past three years, she has been a passionate NYC Football Club fan.  But that statement seems to minimize her love for the club.

“After I found out about NYCFC, it was like a fire was ignited in me again.  I knew I wanted to become a season ticket holder after watching my very first game at Yankee Stadium. I felt like I’d found my way home.”  Tisha is so passionate about the club that she insisted on streaming the away game NYCFC was playing versus LA Galaxy at her wedding reception.

Tisha is one of the thousands of women around the world who are redefining women supporters’ roles at live sporting events. With many women having grown up playing and watching soccer, it goes without saying that women are out in full force supporting their favorite MLS team.  So when NYCFC announced its secondary kit in a short video that did not feature a single female supporter, it struck a nerve.

“We chant our hearts out; we feel the pain of losing. So the lack of proper representation led to feelings of disappointment.” 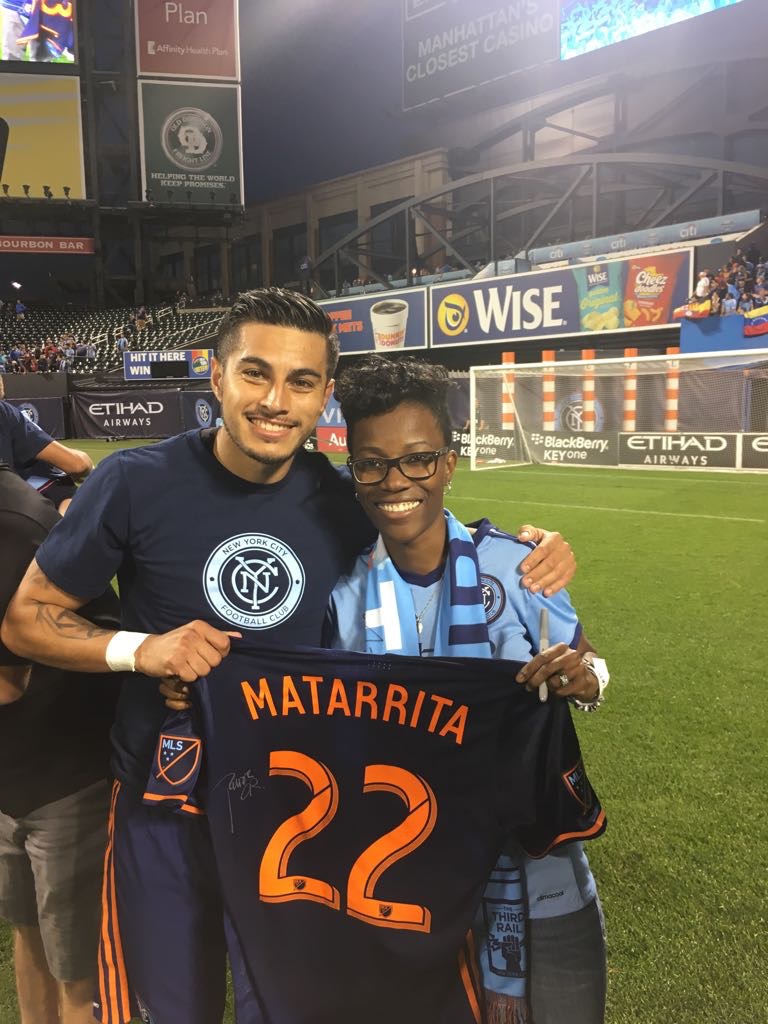 Tisha was not alone in her disappointment. Other women supporters noticed the omission and discussed it over social media.  The predominant feelings expressed were frustration and disappointment.  (Note: To be factually correct, there were women in the video but they were seamstresses and flight attendants, not fans.)

So Tisha had an idea to visually put a spotlight on the female supporters of NYCFC through a photographic video project.  She fleshed it out through discussions with other women supporters and #WeAreNYCFC was born.  Using her brand new camera that her NYCFC fan friend and “inspiration” Yessica taught her how to use, Tisha reached out to every possible interested female fan to invite them to a photo shoot.

February New York weather pushed the first day of photography inside to Grand Central Terminal.  “What I did not anticipate was the difficult lighting inside the terminal.  However, the women were all so understanding and thankful that I was taking the time to bring our community of female supporters together. It was a great networking event and seeing how excited everyone was by this project was my greatest reward.” 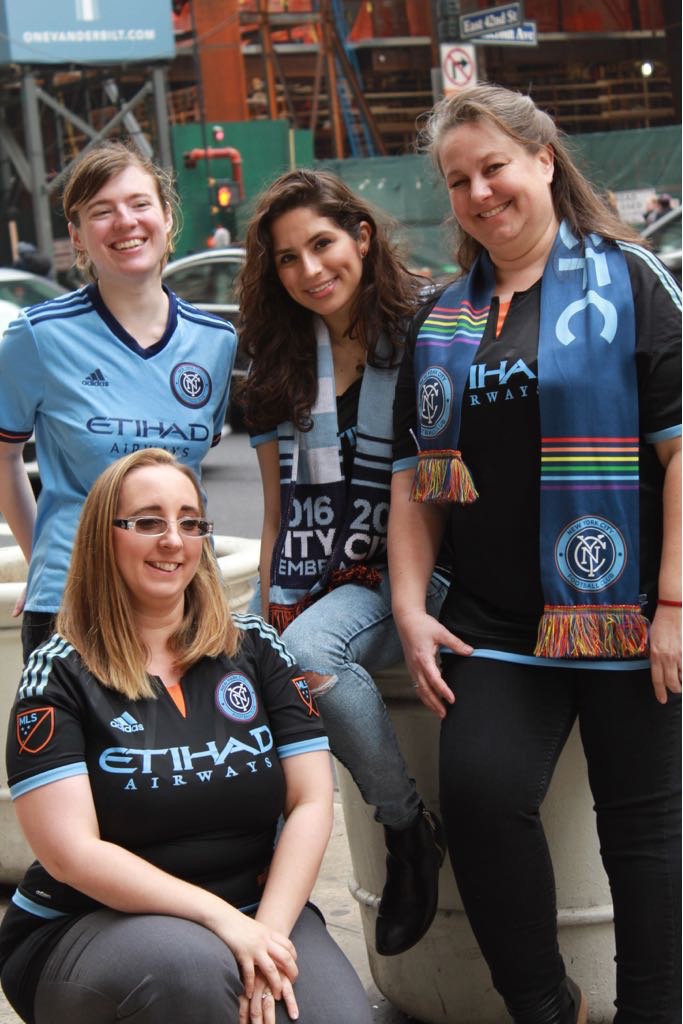 Another positive outcome was dialogue with the NYCFC front office, who quickly noticed the project and reached out.  After the project was released, members of the front office contacted Tisha to thank her for her efforts in highlighting an issue that was unfortunately overlooked by the video editors.

“It is a great feeling knowing that the organization that we invest so much of our time and energy in supporting, is aware enough to take the time to listen and respond to our concerns. Being an NYCFC supporter has opened me up to the world I did not know existed.  I’ve met so many great friends and our sense of community continues to grow. We encourage one another in and outside of Yankee Stadium.”

Her only regret?  Not knowing about NYCFC early enough in the first season to become a founding member. 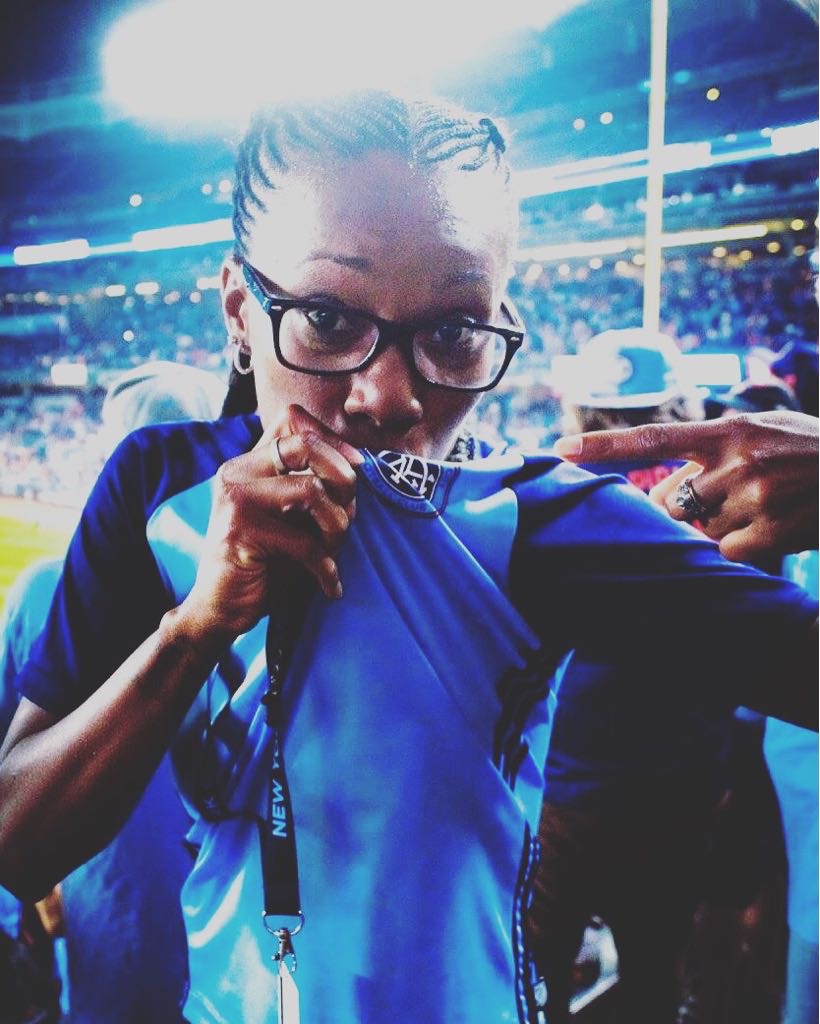