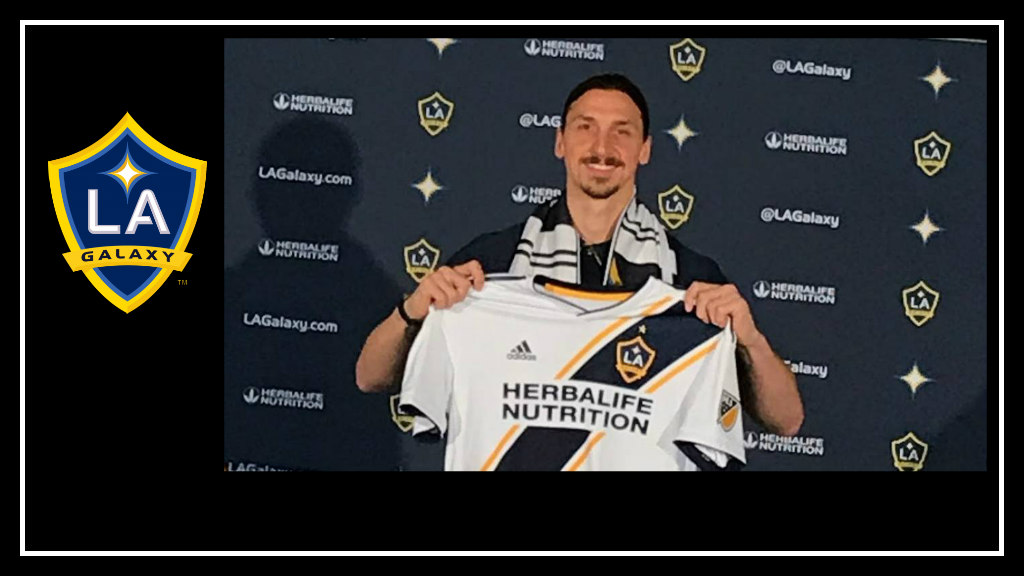 When I got the call from my LA Galaxy rep, Zack Krukowski, inviting me to attend the press conference as media, I was excited.

As seen below, I embraced my media position: 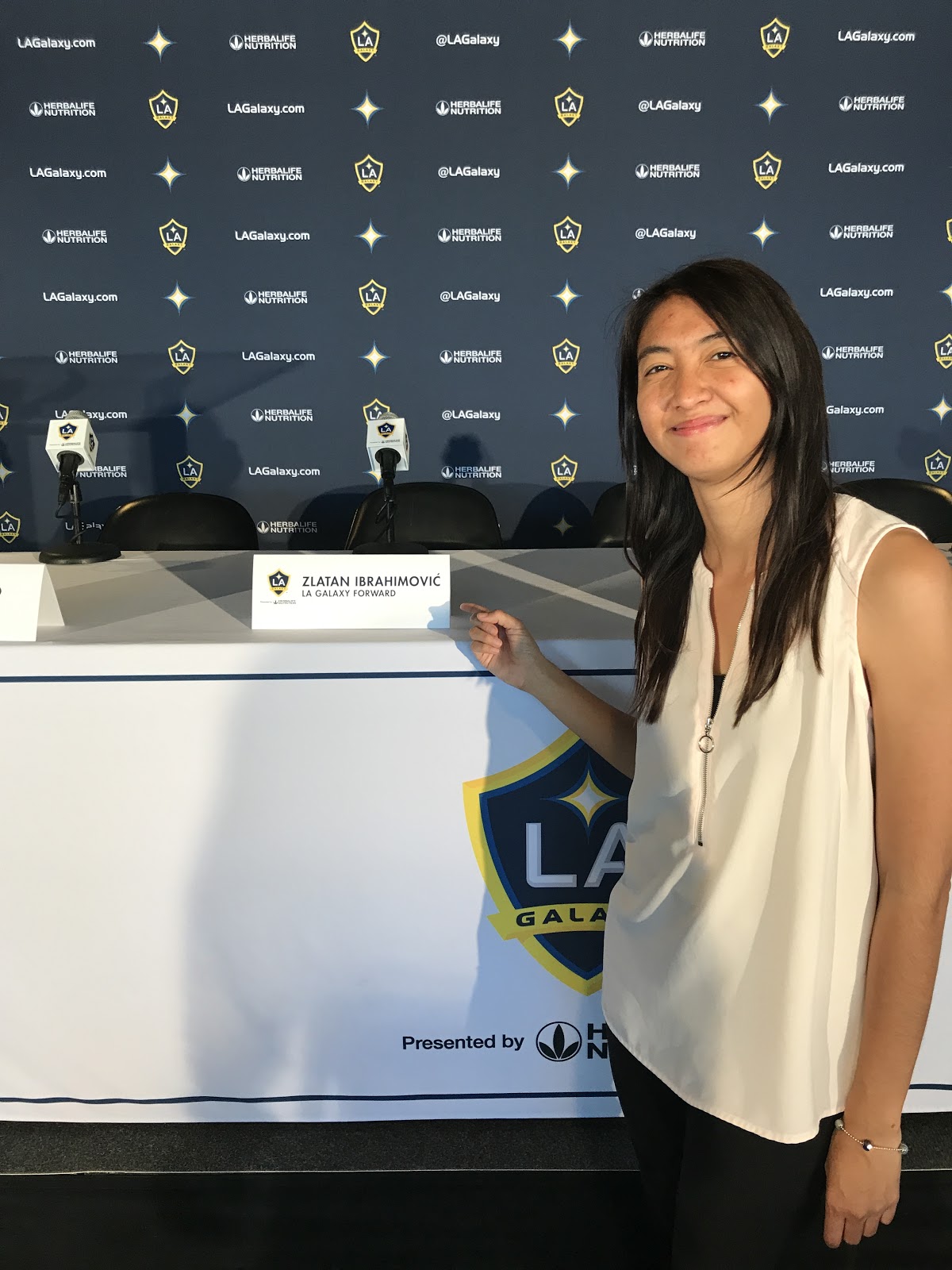 Upon arrival at StubHub Center and finding my way to the media area, I wasn’t surprised by the frenzy per se, but I had never been part of anything of this caliber. Sure, after the LA Galaxy won in 2012, I joined other fans to see David Beckham and the team showcase the trophies.

This past January, I was at the Galaxy jersey launch party and interviewed players. Then, the next day, I interviewed USMNT forward Jordan Morris, and those experiences stand on their own as valuable. But today, it was literally like the only thing that mattered was that Zlatan Ibrahimovic had arrived. 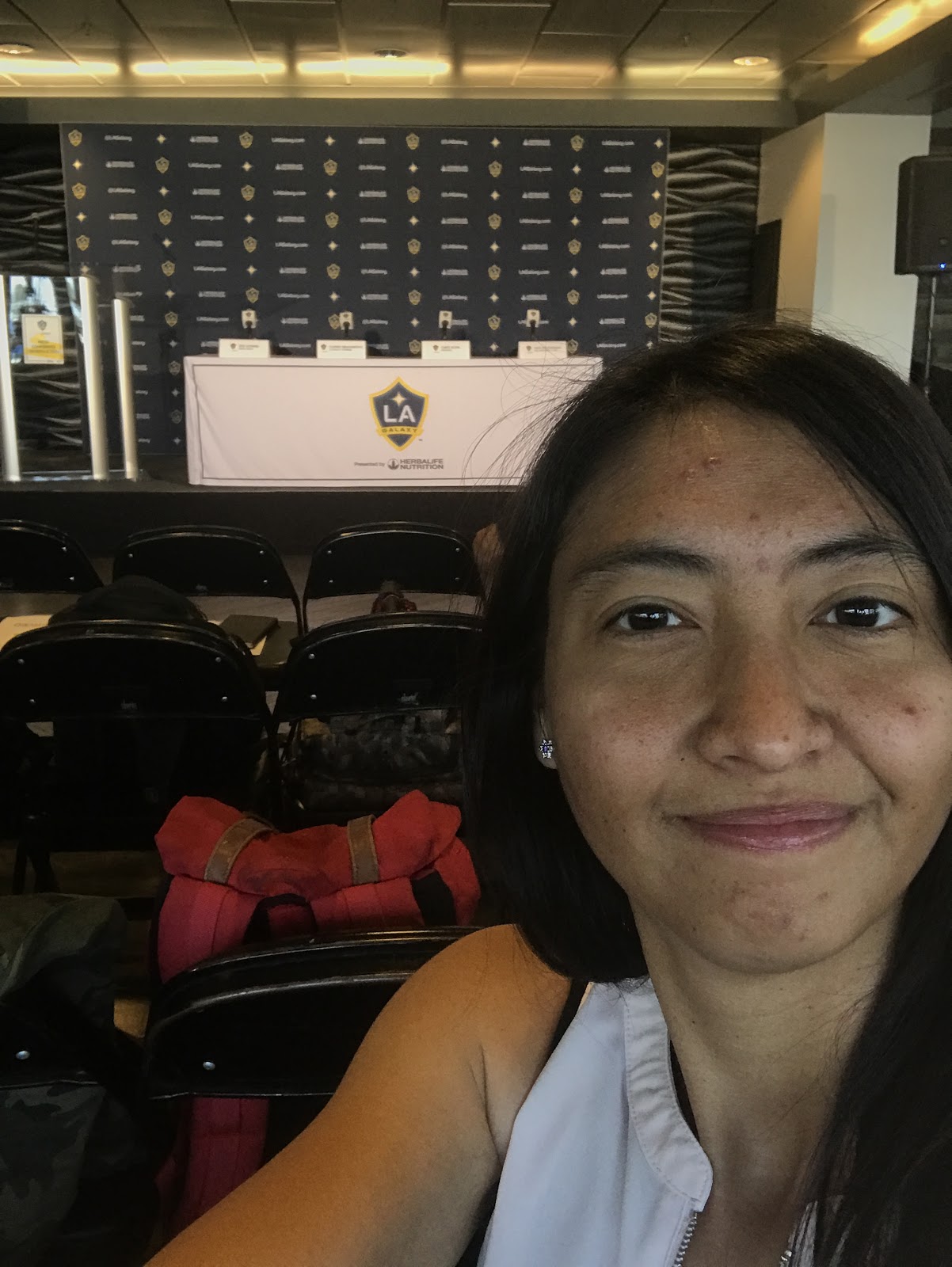 I found my seat a few rows back. I went live on MLSFemale’s Instagram. Head coach Sigi Schmid, president Chris Klein, and AEG president and CEO Dan Beckerman all thanked Ibrahimovic for choosing the LA Galaxy, especially because he could play anywhere in the world. As Beckerman said, “[this signing] is monumental and the latest example of AEG’s commitment to our club, to our sport, to our league, and to our city.”

As soon as the new forward took to the mic, you could hear the shutters from the cameras going off. Fans cheered, welcoming him, and laughed along with his one-liners.

Of course, he is here to win.

“I am not arrogant. I am confident.” He said about people who do not understand him. When Zlatan Ibrahimovic arrived the previous night at LAX, he was greeted by fans and graciously gave autographs and took photos.

After seeing his interaction with fans via Periscope and today hearing him at the conference, I have a better understanding of the man and his choice to play for the LA GALAXY, regardless of whether it was an inevitable move. I am not blinded by his shining light. Ibrahimovic is a star, no doubt. I don’t even need to go over his stats and accomplishments because it’s a long list and could go on forever, as he admitted.

I had solid confidence in the overhaul the Galaxy team made after the home opener and our match against the Vancouver Whitecaps despite the problems that have arisen as a result of so many changes. Now, with the addition of Ibrahimovic, I see him fitting in as the self-described “extra puzzle [piece]” to the bigger picture of bringing the Galaxy to success once again.

He is here to help the club, the coach, and his teammates.  The talk is good, there’s every reason that he will live up to expectations and walk the walk come gameday.

He made jokes addressing concerns about his age: “I feel young, I feel like Benjamin Button…[it is] only numbers I know what I’m able to do, I know what I will do.” He is family oriented and said he already brought them here.  His wife could care for the family so he could get to playing soccer. He added, “to settle in very fast, get to know my teammates, my coach, [and] the people around the club.”

As for concerns about his fitness: “I’m just excited. Looking forward to [playing], just want to go out on the field. I know it has been a long break for me where I haven’t been in my rhythm where I play every day almost because of the injury I had.”

He was available for the match against Los Angeles FC, and he’s willing to play as needed or not and for as long as Sigi requires. He is trusting the coach with the decision-making.

After his first training session and practicing shooting per Sigi’s approval, he said: “the lion is hungry.”

He has worked very hard, to prepare, and knows he has to keep working hard. He doesn’t want to be on the field just because of his name.  He sees the MLS as a competitive league and a real opportunity when compared to European leagues.

LA Galaxy is recognized as the most successful club in the MLS. He’s aware he’s joining after such a terrible 2017 season, but he said this season is something new.

As for the World Cup, that’s another question. “Let me enjoy [LA] first,” he responded with a winning smile. “What happens here, we can take it further, my focus is on the LA Galaxy.” And that’s what every fan wanted to hear.