Episode 4: A New Hope, for Rapids 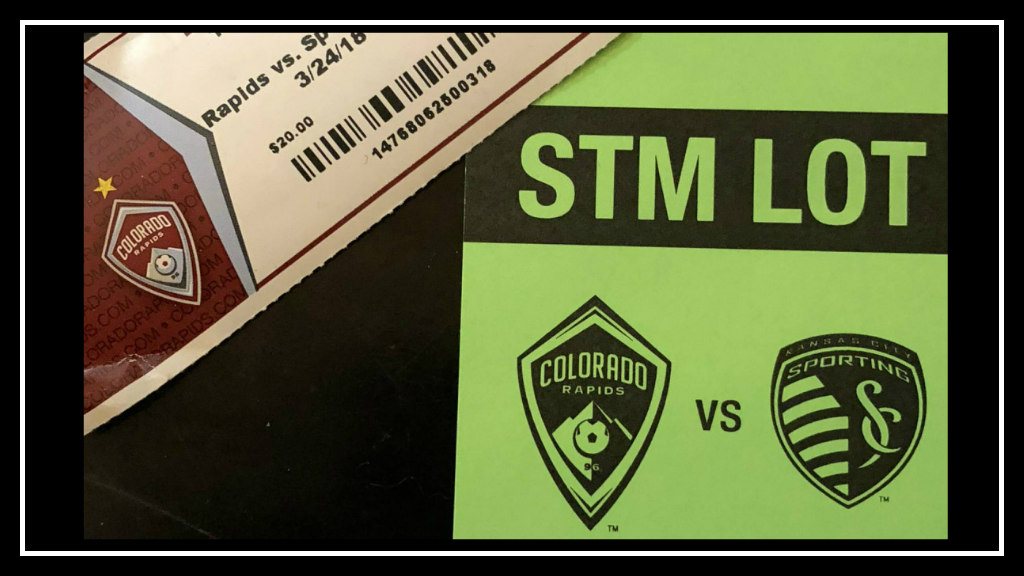 The boys are back in town! Last Saturday kicked off the Colorado Rapids season at home and it was electric in the stadium. With all of the changes that happened in the offseason, including those that happened between my last article and this game, there were a lot of excited fans.

The stadium was buzzing. There were new flags hanging in front of the Rapids supporters section, C38, that hadn’t been there last season. As commented on during the offseason, coach Anthony Hudson played the team in a new (to them) 3-5-2 format and saw Joe Mason get his MLS debut.

The game started well with a goal by Dominique Badji in the first 5 minutes. Marlon Hairston hit a beautiful cross to Edgar Castillo who put the ball directly on Badji’s foot for the goal. Not much later, Tommy Smith hit a pass up to a wide-open Joe Mason who took the ball in for the second goal of the game and the first goal of his MLS career.

Jack Price took the first booking of the night when he slid in late on Sporting KC’s Yohan Croizet and got more man than he got the ball. Enzo Martinez proved himself to be a nuisance for SKC as he was consistently pressuring their players and present whenever they had the ball on his side.

The Rapids failed to take advantage after dual fouls on the Rapids by Felipe Gutierrez and Roger Espinoza. This seemed to be a theme throughout the game – failing to convert opportunities into goals.

When the teams stepped back onto the field for the second half, the players’ energy seemed to have switched sides. The quiet Sporting KC fought with a vengeance and the fighting spirit of the Rapids seemed to have waned. Tim Howard, however, was still on fire. He made amazing save after amazing save and, in my mind, earned a Man of the Match nod. (The honor went to Edgar Castillo, who did have an amazing game.)

Unfortunately, his amazing saves couldn’t keep up with our lack of defense from our central defenders. In the fifty-sixth minute, Sporting KC converted a missed opportunity into a goal when Gutierrez put in a rebound from a header off of the near post by Khiry Shelton. Danny Wilson was just a hair too late to keep the ball from going in.

The referee missed a lot of calls on both sides of the ball that night including a cardable offense when SKC’s Espinoza came in from behind on Martinez and kicked his leg out from under him. The Rapids still looked like they were going to come away with three points until the ninety-first minute when Diego Rubio (who had been subbed on for Johnny Russell) equalized.

It feels really weird to say this since we have yet to see a win in the 2018 season, but the Rapids are playing far better than they did in 2017. It seems that with the new coach and the new players comes a new hope. We will see what the Rapids have for us in their next match against the Philadelphia Union on Saturday, March 31.