A day of firsts for Rapids organization 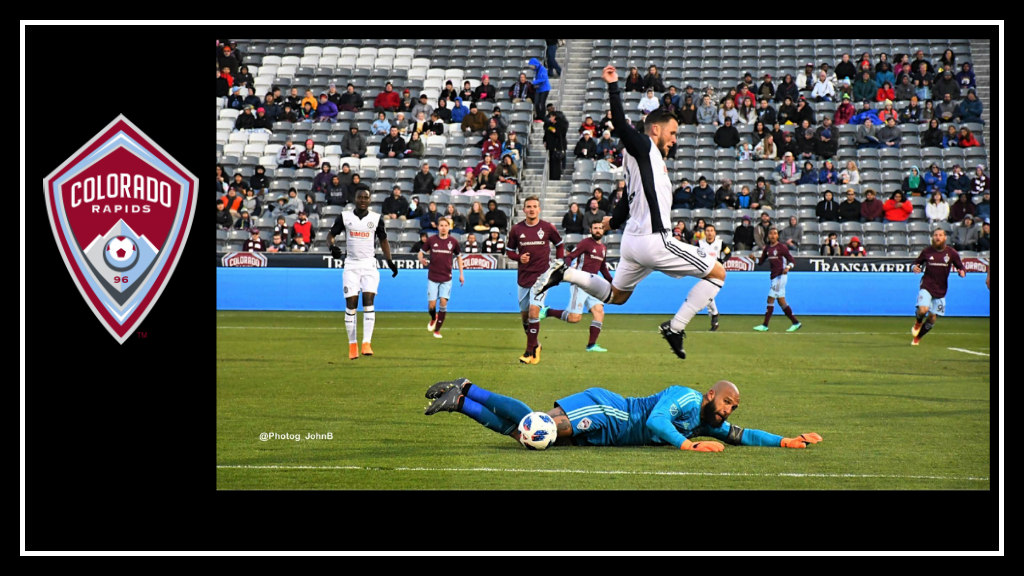 The first half was relatively uneventful, but the Philadelphia Union absolutely dominated the play. There were several missed opportunities for goals on both sides. The first real goal scoring opportunity for the Rapids came in the forty-third minute when Tommy Smith put a diving header square in the middle of the goal, but Philadelphia’s keeper, Andre Blake made the save. The deflection gave the ball to Enzo Martinez who took the shot, but that was saved by Matthew Real, who was making his MLS debut for the Union.

Something changed during halftime and the Rapids came out far more ready to fight than they had been in the first half. The Rapids made their first substitution by replacing Danny Wilson with Axel Sjöberg as Wilson had twisted his ankle during the first half.

Jack Price picked up the first card of the game at the beginning of the second half for making an unsafe slide tackle on the Union’s David Accam. This was Price’s second yellow card in as many games.

Badji also seemed to come awake during the second half with his first career hat trick.

The first goal came in the fifty-second minute when Smith headed the ball to Badji who then put it in at the back post. The second goal came in the sixtieth minute shortly after Marlon Hairston was stretchered off the field and replaced by Dillon Serna. The third goal happened when Johan Blomberg passed the ball up to Badji from behind the midline.

🎩 And that is how you get a hat trick. pic.twitter.com/FvGBOsyIbg

The game ended with a clean sheet for Tim Howard and three points for the Rapids.

Colorado will face FC Dallas on Saturday, April 7 in Frisco at the Toyota Stadium.