Starting a DP could mean finishing on frame 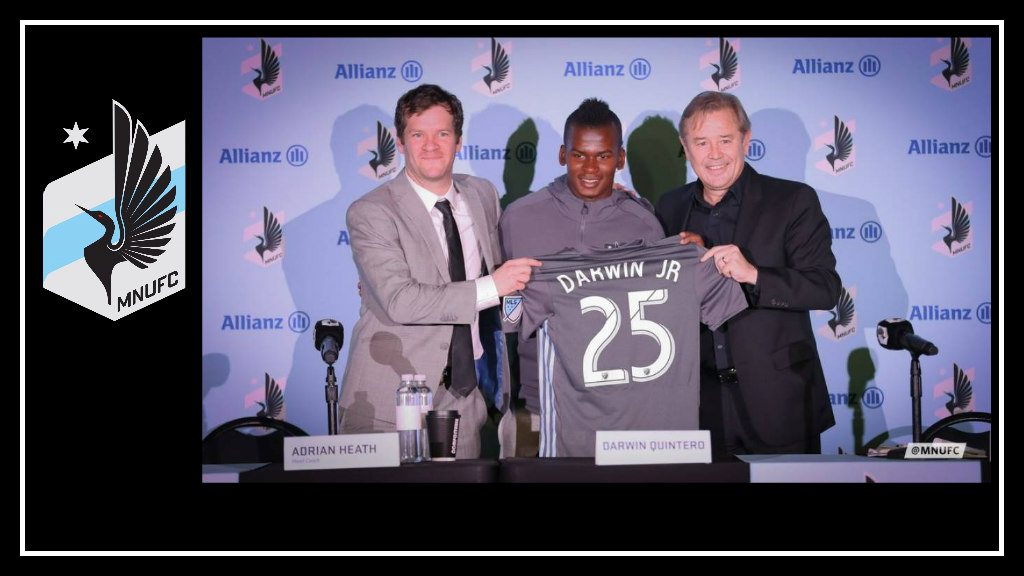 Most games involving a red card ejection end in favor of the fully-staffed squad. So when Atlanta United’s Leandro Gonzalez Pirez was sent off in the 38th minute last Saturday, Minnesota United fans were right to feel optimistic. Down one-nil after Calvo’s own-goal, surely they could earn back at least one point against ten men.

They would not. Eleven Loons faced a white wall rooted in front of the goal. They would have been better off with ten men against a full squad of mobile peach-clad men.

Based on what I am seeing I think the red card actually hurt #MNUFC because it forced ATL to put 10 men behind the ball, has anyone else noticed this?

Historically, Minnesota plays better with the disadvantage. Their home match against New York Cosmos in 2016, MNUFC’s final season in the NASL, is a prime example.

Both teams played high, quickly moving the ball forward to get shots into the box. Both sides had chances early on, only to be beaten on the counterattack just one touch shy of the goal. Minnesota’s Sammy Ndjock made some beautiful saves with his infamously sticky gloves, Ibson was in prime Ib-sanity, and every ball trick was deployed in search of the elusive difference-making goal. Ben Speas even had a chance at a Zlatan-esque goal on a shot from midfield (4:55).

Christian Ramirez, who was severely hampered by Atlanta’s wall after replacing Danladi, had plenty of chances that night against New York. Every attempt was thwarted by a quick and desperate Cosmos defense until the 90th minute when Justin Davis caught Ramirez on the run (6:25), delivering a ball just behind the final defender which Ramirez settled with one touch before sending it under Maurer and across the line for the match winner.

That finish made all the difference.

Darwin Quintero’s finishing could be the difference this season. Minnesota’s first Designated Player, known as ‘El Cientifico del Gol’ – The Scientist of the Goal – the Columbian forward is known for finding his way through tight spaces and beating defenders in the box. Check out these highlights from his 2016 season with Club America.

At 1:50, Quintero is surrounding and shoots past two defenders and a keeper who are struggling to regain their footing after a messy clearance. This skill and composure in traffic would have been a huge asset for MNUFC last weekend versus Atlanta.

As for his work inside the 18, fast forward to 3:05, where four defenders in the box are focused on the attackers and the ball on the right wing. The Scientist sneaks through the center of the group unseen to receive the cross behind them and smashes the ball into the back of the net.

Quintero’s role as a withdrawn striker in those games would have made him a perfect fit in the Loons’ lineup against bunkered Atlanta. Sure, by now the 30-year old’s speed may be somewhat diminished, but he could make a more dependable target in the box for Ethan Finlay or Sam Nicholson than an injured Ramirez or the speedy but tactically-deficient Danladi.

The Scientist’s debut depends on the arrival of his visa paperwork, but rumors point to sometime in April. Whenever that is, Quintero is sure to add more intrigue for fans frustrated by the Loons’ last showing.