ATLUTD: Battle(s) of the New Kids 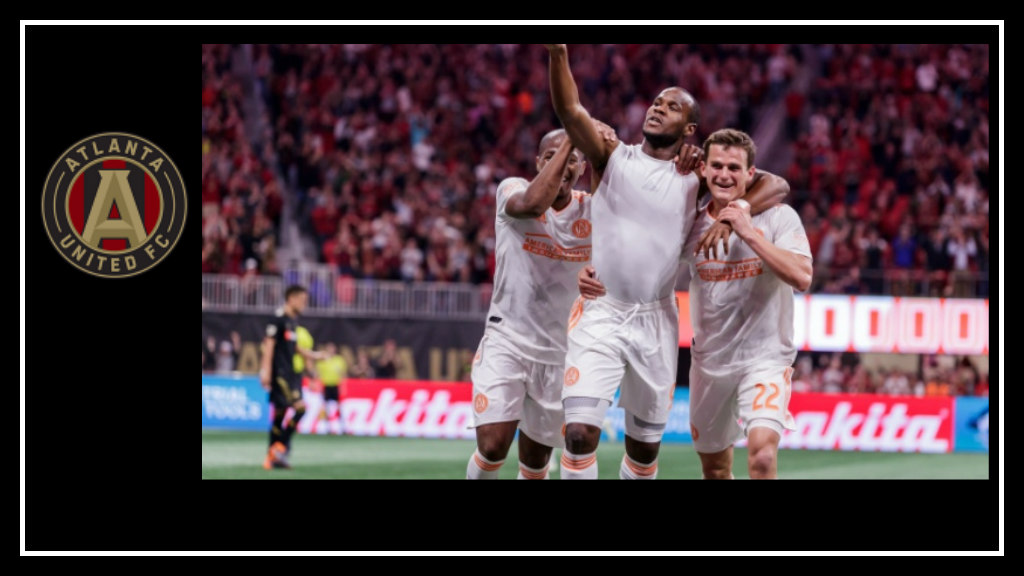 I’m playing catch up again, and we have lots to cover, so strap yourself in! Here we go…

Atlanta United traveled up to the frozen tundra of Minnesota a couple of weeks ago to try for a repeat of last year’s early season goal-fest. There was no snow this time, though, and Minnesota United has improved a bit since last March. They did get a little help from the referee, though, when Leandro Gonzalez Pirez was given a yellow card 45 seconds into the game and then another about 35 minutes later when he had a sloppy foul outside the sideline.

This mishap on LGP’s part caused the team to sit back and defend most of the game, and the only goal came on an own goal that was meant to be a clearance in front of MNUFC’s goal. There was very little going on offensively for ATL in this game, but it did show that we can manage to defend and keep our lead when we’re down a man, something that will surely come in handy at some point down the road…

LGP’s exit from this game meant that we were now down two defenders for the next game at home vs newbies LAFC, who has looked really good despite that one tiny loss to their cross-town rivals while ATLUTD was freezing their butts off. During the MNUFC game, Greg Garza left the game early when he re-injured his shoulder and Jeff Larentowicz (aka “Larry”) left the game with an ankle injury, plus Franco Escobar was still out on concussion protocol. This left the ATLUTD twitter-verse to freak out about who was going to play in front of Brad Guzan against LAFC.

Turns out, Tata had it all figured out – or maybe he just guessed – because the lineup vs LAFC was not what many of us were expecting. Tata kept the 3-5-2 formation, but the backline of Chris McCann, Michael Parkhurst, and Miles Robinson was a surprise.

Atlanta’s first pick in the 2017 MLS SuperDraft, and the second overall pick, Miles Robinson, was finally getting his first MLS start (he did not play for the first team in 2017). We saw him play a little with the Charleston Battery last year and in the first ATLUTD2 game, but weren’t sure what to expect from him in this game. And then he goes and does this and we all forgot why we were doubting him:

Speaking of 2017 rookies, Julian Gressel is having himself a year. Last year’s rookie of the year has been nothing short of amazing this year. Gresselmania racked up a goal and an assist against LAFC. That cross to Josef Martinez was a thing of beauty.

That goal was Josef’s 25th in 24 games – an MLS record. Josef currently has five goals on the season and is tied for the lead in the Golden Boot race. If he stays healthy this year, y’all better watch out!

There was some questionable refereeing in this game and two plays were reviewed with VAR, both to Atlanta’s advantage. First was the red card to McCann 38 seconds into the game that was reversed to a yellow (phew!). The second video review came late in the second half when Georgia native Walker Zimmerman fouled Miguel Almiron in the box. It was initially called a corner kick, but after VAR, a PK was given to Atlanta, making it 3-0 in favor of ATLUTD.

A few minutes later, one of LAFC’s rookies made two rookie mistakes back to back. A foul on Miggy got Joao Moutinho his first yellow and gave Miggy a free kick outside the LAFC box. On that free kick, Moutinho jumped with his arms in front of his head and the ball hit his arm for a handball and his second yellow.

The one call that should have been reviewed but wasn’t was Laurent Ciman‘s elbow to Josef’s head/face late in the first half. Referee Ted Unkel did not even call a foul on Ciman and the crowd reminded him of that call for the rest of the game.

After the high elbow to Martinez he somehow got away with, Laurent Ciman’s name has been changed to BOOOOOO. #ATLvLAFC

Atlanta’s fifth goal came in the last minute of added time and was Romario Williams‘ first MLS goal – and it was a peach! (Sorry, I had to reference the King Peach kits at some point.)

What. A. Night. @iam_pavyrgwvii caps off a 5-goal rout with his first @MLS goal pic.twitter.com/QwsOgptXmQ

Atlanta is at home again this weekend, hosting NYCFC for the teams’ first meeting of the year. NYCFC and Atlanta are currently first and second in the Eastern Conference, respectively, so Sunday is going to be a big test for both teams.