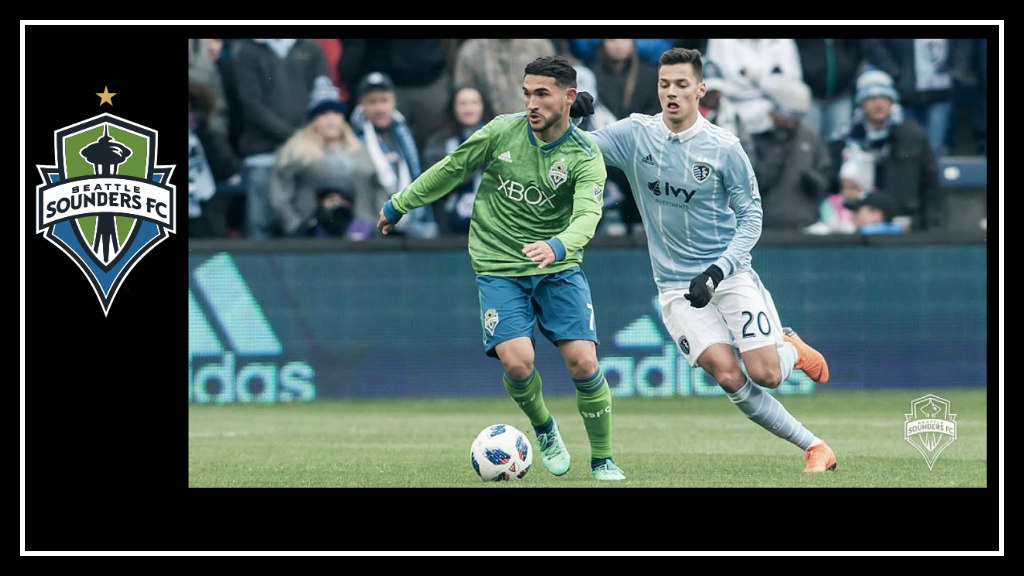 The Seattle Sounders went down to Sporting Kansas City for their first matchup of the year. Seattle’s forward Clint Dempsey was unavailable for this match because of his extra one-game suspension on his red card that occurred on March 18th. Less than 4 days before this game where he had to fulfill his suspension, the league announced this extra suspension. Also, outside back Kelvin Leerdam sat out this game due to a red card he picked up March 31st.

In the 34th minute, the Sounders conceived a penalty kick as Nouhou Tolo fouled Johnny Russell in the box. Ilie Sanchez slotted it away to put SKC up 1-0.

Will Bruin evened up the scoring in the 45+3rd minute with a tap-in off of a Chad Marshall header.

Will Bruin bags his first of the year to level things up in Kansas City.

The Sounders then doubled their lead in the 73rd minute with a complete banger from Cristian Roldan.

Roldan opens up his account in 2018 with this blast. 🚀 pic.twitter.com/gDRteqvFdU

All seemed well for the Sounders as they were set to pick up their first points of the season, until five minutes later when Graham Zusi scored and tied the game for SKC.

In the end, the Sounders got their first point, first and second goal, and some more confidence instilled in the team.

Some notes: This was rookie Alex Roldan’s first MLS start, he joined his older brother Cristian Roldan in the Sounders starting 11. He showed a lot of talent and promise in this showing.  Captain Osvaldo Alonso came off of the bench (when he did, Nicolas Lodeiro handed over the captains armband). This was his first appearance in 2018 as he is coming off of a quad injury that sidelined him for the start of the season.

I’m very Happy! I was looking forward to this moment and it finally came, Want to thank my family and friends who supported me during all the time i was out of the field. Can’t wait to play again in front our amazing fans. Go @SoundersFC

The next game is against Minnesota United on April 22nd at 1 pm PT, you can catch it on ESPN.