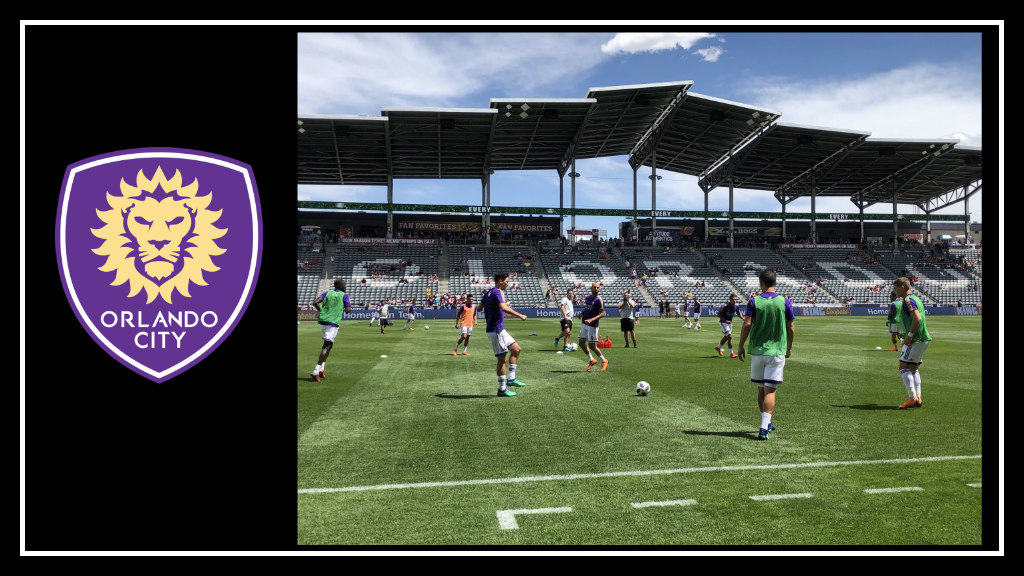 What a match! Orlando City took on the Colorado Rapids and secured their 5th straight win! This is the new record for straight wins in the 2018 MLS season and a tie for Orlando’s longest win streak in club history. Congrats to the boys in purple!

Going into this match, we were facing off against a team that has never scored a goal on us. Colorado Rapids quickly changed that though, picking up a goal in the 26th minute. First half was more or less uneventful for Orlando City. The attackers were silent and the defense managed to hold Colorado to just one goal thanks to some impressive saves by Amro Tarek and Lamine Sane.

Second half, temperatures started rising, with dangerous plays happening more often than throw-ins and Colorado Rapids receiving yellow cards left and right. In the 52nd minute, Christian Higuita scored an equalizer and brought City back to life. Just a few minutes later, Rapids almost got lucky thanks to a bad back pass by Lamine Sane, which Joe Bendik luckily managed to knock out of play.

A nasty collision in the 69th minute led to Colorado Rapids’ Bismark Boateng going down, and he appeared to lose consciousness for a moment. He was immediately attended to by medics and was seen sitting up and moving prior to being taken out of the game. Best wishes to Boateng and I hope he has a speedy recovery.

With Orlando City’s own captain, Jonathan Spector, out on concussion protocols I know it’s a tough pill for the team to swallow but more than that, a severe risk to the player’s future. Get well soon, Boateng.

The 77th minute saw Yoshimar Yotún taken down in the box, for which he was awarded a penalty kick that he easily tucked away, bringing the score to Orlando 2, Colorado 1. The Rapids finished out the match with two more close calls to equalize, especially given the 6 minutes of added time, however, Orlando City wasn’t allowing it. The last attempt saw a great save by Mohammed El-Munir, who has been a key piece to the lineup this season.

Job well done, boys. Congrats on 5 straight wins, but let’s not forget, we’re about to hit a really tough stretch in the upcoming games. Next week (which also happens to be my birthday weekend), Orlando City returns home to face off against Real Salt Lake. Come out to celebrate with me as we push for our 6th straight win.