Can I kick it?  Yes David Villa, yes you can. 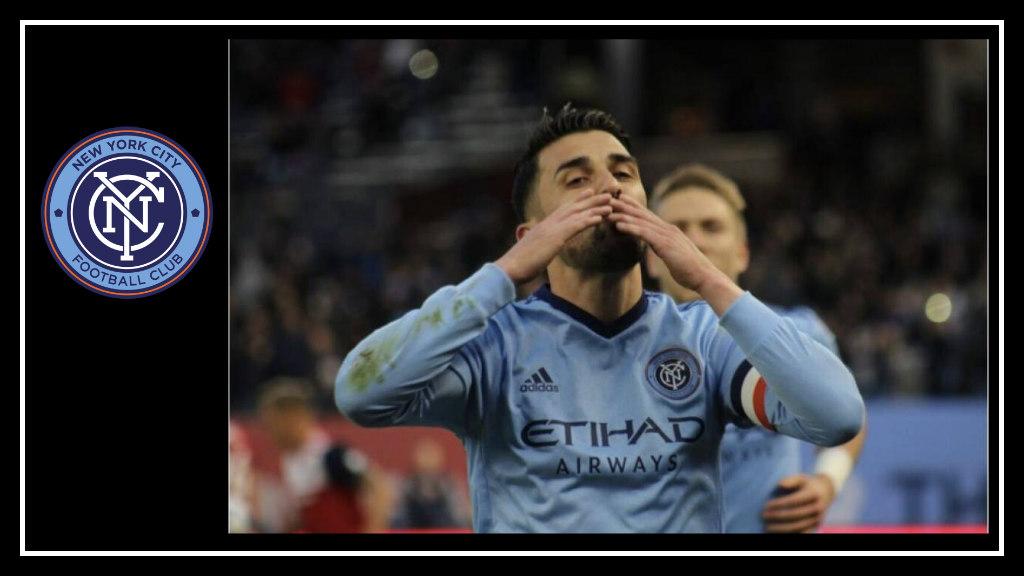 It was a cold but happy Sunday night at Yankee Stadium where New York City Football Club returned to their home pitch ready to make up for the ugly loss to Portland Timbers one week ago.  Fan expectations were high that our Boys in Blue could return to their seamless form demonstrated in their previous five wins mixed with a thin layer of anxiety.  Could we defeat FC Dallas, apparent masters of defense and the only unbeaten MLS team this season?

The answer was a resounding yes with whipped cream and two cherries on top.  Two minutes in Jesus Medina scored on a David Villa and Jo Inge Berget sequence which started, of course, down the left side.  Despite a Dallas equalizer in the 9th minute, NYC maintained about 80% of the first half possession.

When a Dallas handball in their box triggered a very delayed use of VAR to ultimately award a penalty kick to NYCFC, everyone in the stadium knew what that meant and was on their feet.  David Villa was kicking for his 400th career goal and executed it perfectly, of course.  Then, to silence any doubters of his return to top form, he scored a second goal, his 401st career goal in typical gorgeous, easy-does-it style.   Game-set-match New York City FC.

While New York maintained 75% of the game possession, FC Dallas did threaten with the same number of shots on target as NY.  Interestingly, NYC had no offside calls against them while Dallas was called on it four times.

I got a chance to speak with NYCFC center back Sebastien Ibeagha post-game about who on FC Dallas was giving him trouble and how they effectively contained them. “The whole front three were giving us a hard time and I think it just was what we worked on during the week and we were just really disciplined and confident in our tactics and our game plan – that was kind of what was shown on the field.”

On Ibeagha’s start in place of veteran center back Maxime Chanot and on the match result:  “Every week Patrick says anyone can start so I mean it wasn’t a big change or anything tactically…It was a big win for us [tonight] and obviously, it’s more confidence going into next week.”

Yeah, our tribe is back and ready to face that other one from across our very own rio grande.