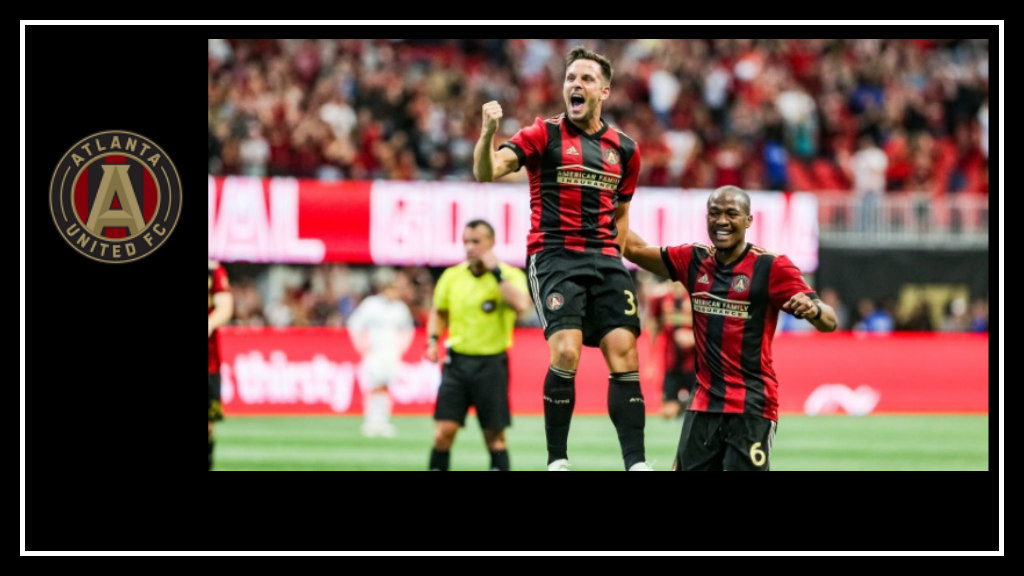 I woke up way too early on Saturday, but for good reason. Breakfast/brunch tailgates are amazing. Also, I got to meet Jillian Sakovitz, who is part of the Atlanta United/Fox Sports South broadcast team this year (and gave her an MLSFemale pin – Too bad it didn’t make it on air, but it was on social media), so that was cool.

The highlight of the tailgate was the return of Brittany Arnold, who was replaced by Jillian this year. Brittany was at the game as a fan this time, so she came early and hung out at the tailgate before going in and later on after the game, too.

The game itself, though…The boys had us worried for a minute (or 57). Montreal Impact bunkered from the start and even more so after going up a goal in the 13th minute. Atlanta United had 73% possession, and most of it was spent trying to get something into the box and past the defense.

At the half, coach Tata Martino decided to make a tactical sub, replacing DM Jeff Larentowicz with forward Tito Villalba, who was getting his first minutes in a month since a hamstring injury in March. Unfortunately, Tito wasn’t much of an impact in this game, although it was good to see him make a few runs and nearly get a goal.

The first Atlanta goal came in the 70th minute when Miguel Almiron crossed a ball to Chris McCann in the box and Chris’ shot was deflected by Chris Duvall‘s arm, resulting in a handball PK for Miggy.

Greg Garza came out in the 75th minute to make way for Kevin Kratz, which turned out to be the best decision Tata has made all season. Three minutes after Kratz came into the game, Miggy was fouled just outside the Montreal box and Kratz stepped up to take the free kick and well…

Watch every replay of this one 😱 https://t.co/9IlTttf4Kn

A few minutes later, Miggy and Josef Martinez combined for the only goal that wasn’t from a set piece.

He can’t be contained.

Miggy electric on the counter to make it 3-1 ⚡️ https://t.co/XbOCzXoifs

And finally, ten minutes later, another foul outside of Montreal’s box gave Kratz a chance to get a second amazing golazo.

Incredible.@KevinKratz32 drills his second free kick of the match from deeeeeep! https://t.co/YHKKg2Et3W

Atlanta is currently still undefeated at home and has gone undefeated in their last seven games (6W, 1D). The next few games will really test the team, though. Three games in 8 days, two of which are away games: away at Chicago Fire this Saturday, at home on Wednesday vs Sporting Kansas City and away at Orlando City the following Sunday.

In the meantime, though, here are some additional news bits this week: