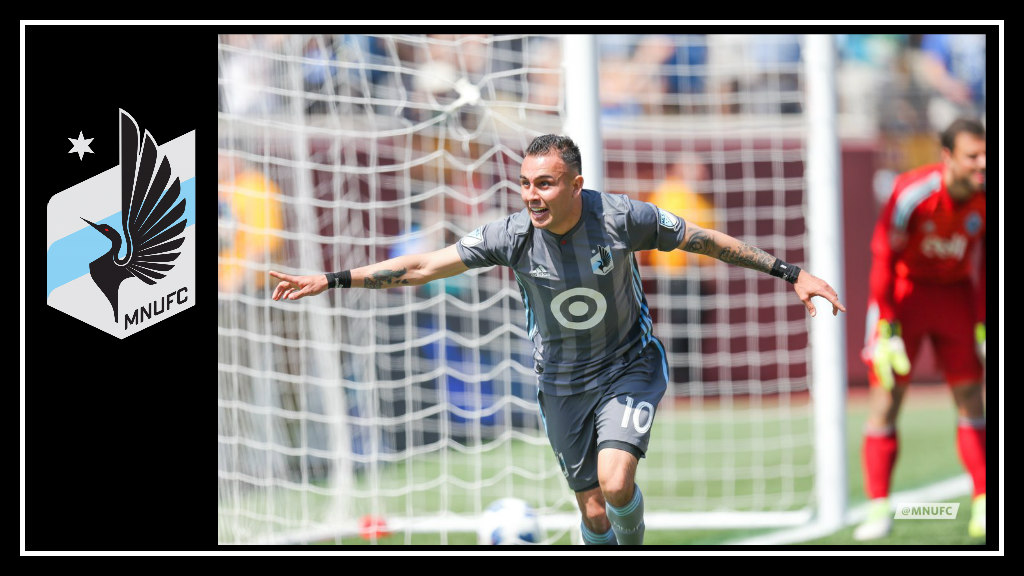 The Loons have had their share of ups and downs in 2018, just two months into the season, and Saturday’s match was no different. The early afternoon matchup against the Vancouver Whitecaps saw three players make their first starts for the club, a superhero get his first goal, a rookie get his first career red card and a 2017 stalwart get his (and the club’s) first clean sheet of the year.

It was a thriller of a game between a blue sky and baking turf. Minnesota United FC led in first-half possession but had little to show for it, managing just a couple shots to the Whitecaps’ eight. That said, the new-look front four led by rookie forward Mason Toye (first start, seventh appearance) and anchored by Miguel Ibarra, Darwin Quintero and Alexi Gomez (first start, second appearance) gave the fans plenty to cheer for.

There were some changes on the other side of the ball, too. Eric Miller, a Minnesota native acquired from Colorado earlier this week, got his first start in the back four. He left the match late with cramps (“I forgot how hot it gets here in the summer,” he said in the locker room), but made a solid impression when the Loons transitioned from the 4-2-3-1 to a 5-3-1 bunker.

That ten-man bunker was forced by the ejection of Mason Toye, who drew a red card when he elbowed his defender in the gut, forcing him to the ground in the box. After a pre-interview pep talk from Francisco Calvo, Toye called his first career red a “rookie mistake” and thanked his teammates for taking and maintaining a lead after his departure.

The Loons were left without a forward in Toye’s absence (Ramirez and Danladi still on the DL), but just minutes after the ejection, a cross in from Gomez found Ibarra, who has emulated the “next man up” mantra all season, lurking near the far post. After ‘Caps keeper Marinovic tipped the high-angle shot away, ‘Batman’ followed the ball and knocked in his own rebound for his first (onside) goal of the season.

One of those blocks led to a rare display of MLS ingenuity when officials delayed the start of the second half so that a hole in the side netting of the west goal could be mended by a crew armed with white tape. Having punched a hole in the net in the first half, Shuttleworth kept up the trend in the second, punching his ticket to the Save of the Week highlight reel with a leaping save that drew roars from the crowd.

There were still eight minutes to play, plus stoppage time, but after that save, fans were already hearing ‘Wonderwall.’ For the second week in a row, the roller coaster came to a stop pointed uphill.

Here’s hoping a forward-free lineup stays the course against LAFC on Wednesday.

Featured image of the team walk out courtesy: Bridget McDowell