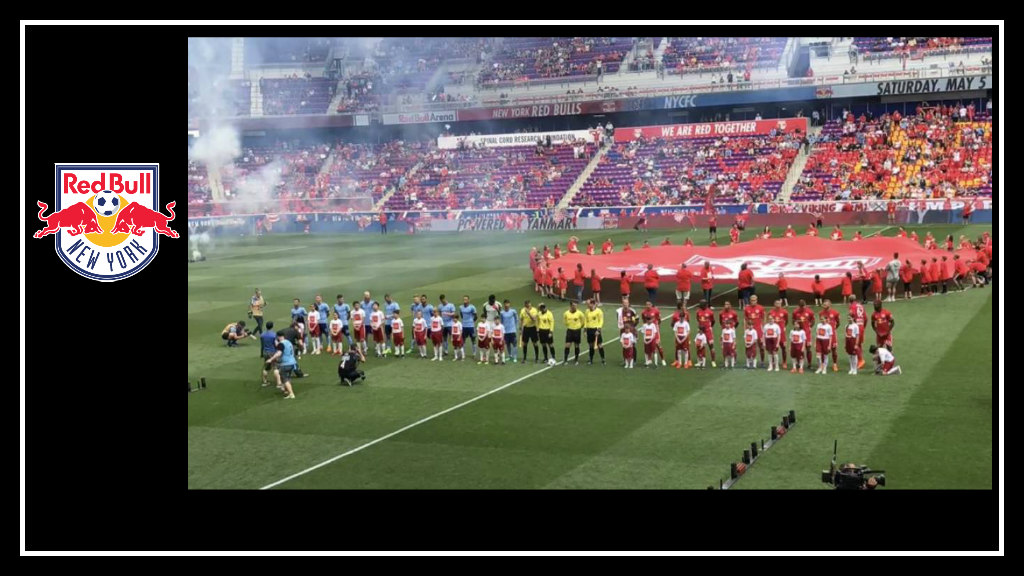 Well! Once again, the New York Red Bulls are facing their rival! It caught up with me way quicker than I thought it would. I honestly thought it happened in July.

(Kerissa clears her throat and whispers in my ear…)

Oh. Not our rival. My bad. Our “regional opponent.”

RBNY faces NYCFC, who are… currently in first place in the Eastern Conference (6-2-2). Going into the match, they had… twice the saves. A higher goal differential. More shots overall.

They’re a strong team. I’ve never denied it. I just don’t want them to do well against the Red Bulls. That’s true of every team. But I’d be lying if I said it didn’t mean a tiny bit more to face down a team that wants to be the Kings of Queens and all the other NY boroughs.

But the fans have a collective nickname for the Red Bulls: they’re “our large adult sons.” It’s a nod to their youth, their exuberance, and their physical presence. Sometimes they’re frustrated; sometimes they make mistakes. But they wear their hearts on their sleeves and they make their fans proud.

YOU CAN’T CHOOSE YOUR FAVORITE: Kaku opens the scoring in the 2nd minute– Bradley Wright-Phillips had the initial shot, but NYC goalkeeper Sean Johnson deflected it to Romero Gamarra to bring the fans to their feet.  Then came the 4th minute– Valot chips his shot over the defender and Johnson, who was expecting it to stay on the ground.

And then, of course, Wright-Phillips makes it three (35′). And that was just the first half. Derrick Etienne Jr, subbed on for Danny Royer in the 65th minute, dodged Johnson and angled the ball in for the final goal in the 79th minute. They were all spectacular.

PLAY NICE: The first meeting of the NY Metropolitan area teams for the 2018 season was, of course, met with the usual online banter. NYC forward Jo Inge Berget pondered his first Derby leading up to the match. But the match itself was not much different.

Proximity allowed for a larger away support section than there was for, say, Portland. And of course, there was cheering and jeering that could be heard from my little corner of the press box. Sure, a ton of extra free t-shirts were being hurled, but there’s no such crime as assault with a deadly cotton. But no extra chippiness on the field. And that’s okay. Save it for later in the season.

IT’S PINK FOR THIS RED BULL: Defender Connor Lade shared with the crowd an important moment: the gender reveal for his baby, due in September. This mom couldn’t pass up a chance to see this event. He kicked a ball that was filled with colored chalk: a cloud of pink exploded to the cheers of the team and the fans. Now to supply Connor with a lifetime of Dad Jokes…

WHEN YOU’RE HERE, YOU’RE FAMILY: Prior to the reveal, the entire team walked right up to the South Ward to receive high fives and sign jerseys, having to hop over the signboards to get to them.

It’s amazing to watch the interaction that happens between an MLS team and their fans (I don’t purport it to be exclusive to RBNY). It’s what makes soccer special. As the weather continues to heat up, and the school year and spring youth soccer season come to a close, more families will come to visit “all their sons” at Red Bull Arena.

When New York is RED and you have the best supporters in the world! #NYisRED | #RBNY pic.twitter.com/SoMgOl1lOd